Creating artwork from an early age, Alex Brewer quickly took on the moniker Hense and gained notoriety for his graffiti. Combining a street culture point of view with abstract compositions and vibrant colours, Alex uses playful lines and a wide variety of shapes in his work, always focusing on the relationship between those elements and their interaction. While his work has evolved over the years, his tools largely remain consistent with his earlier years as a graffiti artist. Using rollers, spray paints and house paints both inside the studio and outside for his murals. 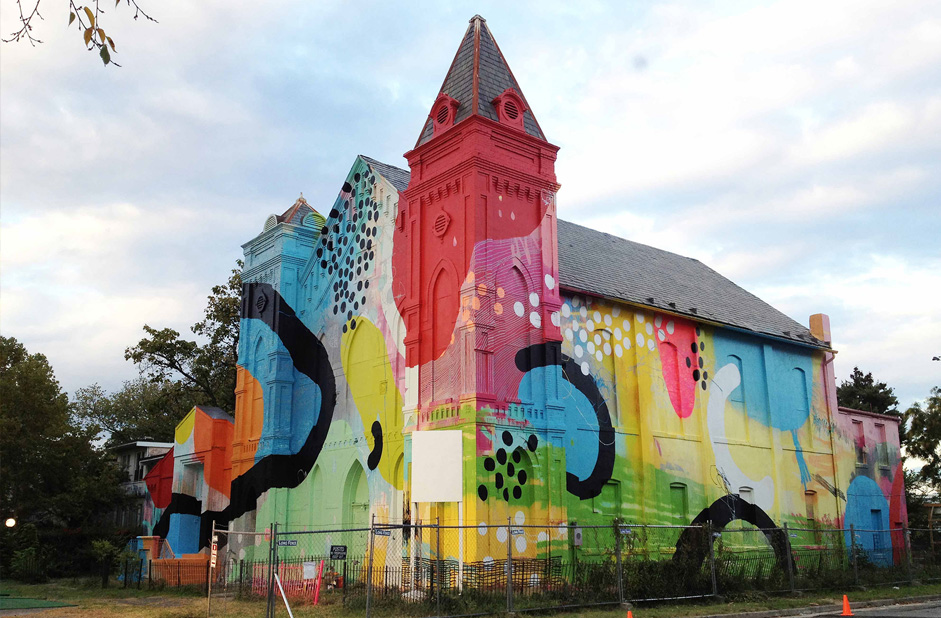 Hense was recently invited by The Jaunt to participate in their Art and Travel project. He didn’t have to think long about which destination to go to; Ireland was the clear winner. After visiting many other European countries, the Emerald Isle remained high on his bucket list. So, at the beginning of December, Hense travelled to the countryside of Ireland and explored the area around Kells Bay to gather inspiration for a new screen print. The first edition print was created in a print studio in Dublin, tapping straight into his influence at the source. 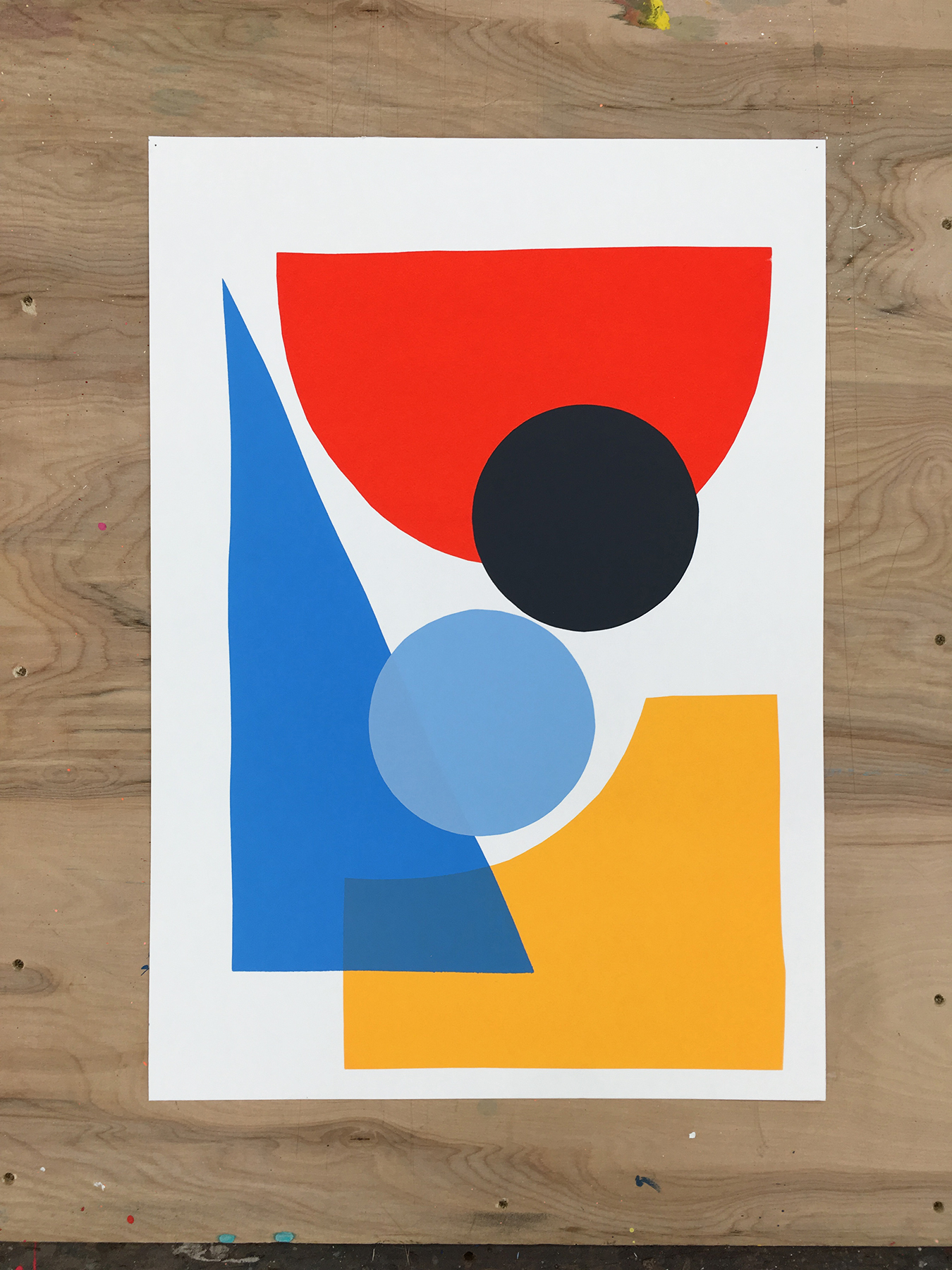 As Hense explains:  “The print was really a product of being in the studio in a foreign place as I worked on my screen print in Dublin. I always like having a creative component to a trip and this provided the opportunity to relax, see new things and then work briefly before leaving. I think that experience inspired me because now I’m wanting to focus back on screen printing.” 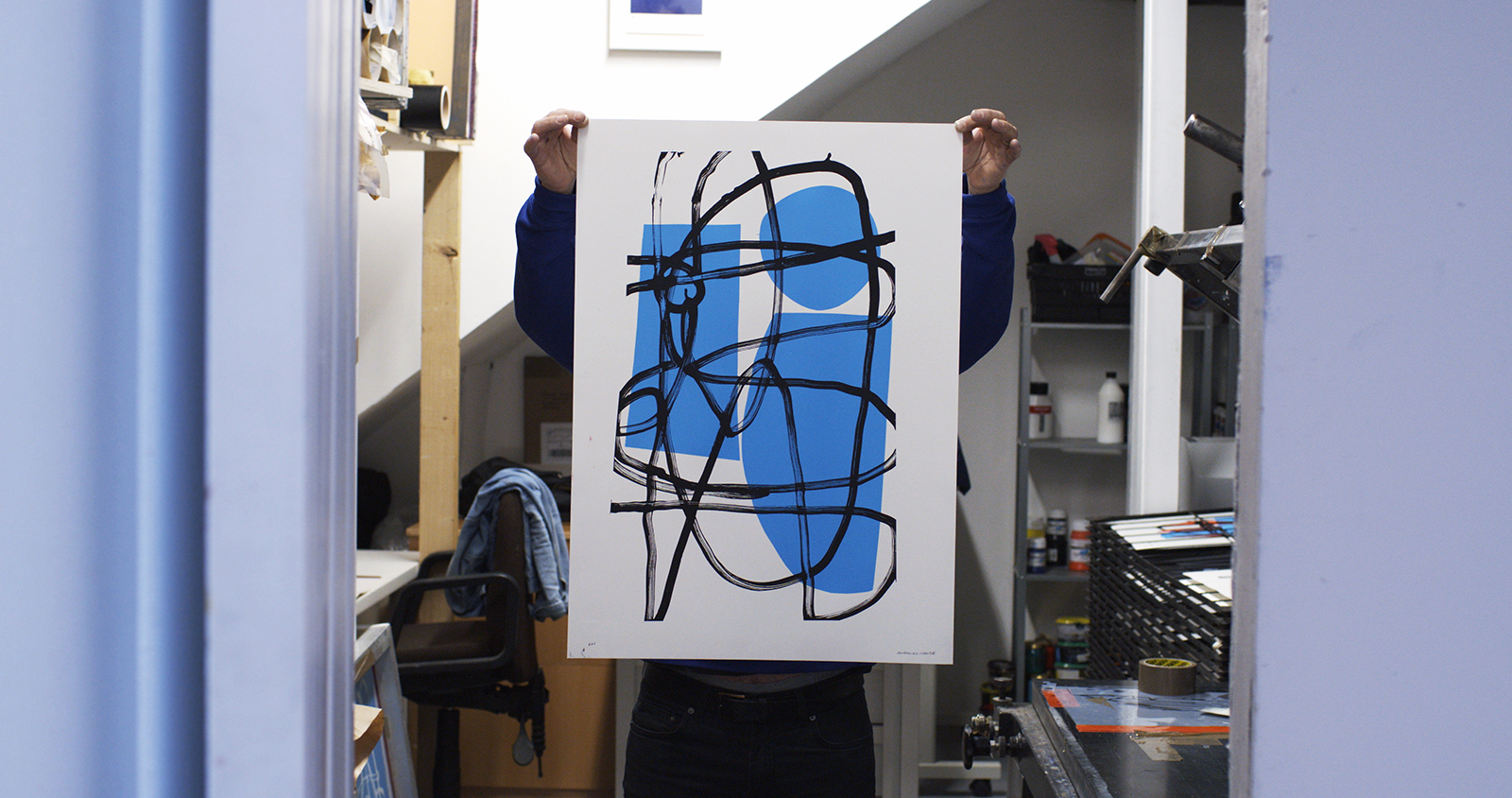 “The print was done using a combination of hand cut shapes and ink on a transparency. The black mark came out just the way I originally drew it on the transparency which was awesome to see on the paper. We ended up doing a two-colour print. I ran a few tests with three colours and at the end, I really felt strongly about the two-colour version. I’ve also been trying to edit myself recently and use simple compositions. Sometimes stripping the image back to only the necessities can be refreshing.”

Buy the prints from The Jaunt print archive: www.thejaunt.tictail.com

More about The Jaunt: www.thejaunt.net

The post Hense – The Jaunt appeared first on StreetArtNews.