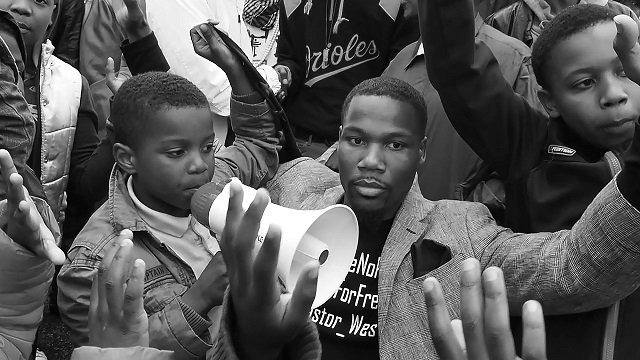 If anything is certain in the early days of 2017, it is that this year will provide photographers and visual artists with the material of a lifetime: women up in arms, viral memes, entire cities protesting in the streets. It has always been the case that uncertain times produce timeless art, which is why the International Center of Photography (ICP) is designating 2017 as “The Year of Social Change,” which translates to a 12-month schedule of shows detailing photography’s impact on society, culture, and politics.

The lead curator of the year’s inaugural exhibition, Perpetual Revolution: The Image and Social Change, is Carol Squiers, who tells The Creators Project, “the stakes for pictures have never been higher.” With this in mind, the ambitious show takes on six issues of contemporary history: Black Lives Matter, gender fluidity, climate change, terrorist propaganda, the refugee crisis, and the alt-right. Each of these sections dissects how each was fundamentally shaped by unique, visual cultures and how newly dominant modes of picture making and distribution (i.e. phones) are shaping these visual cultures in turn. 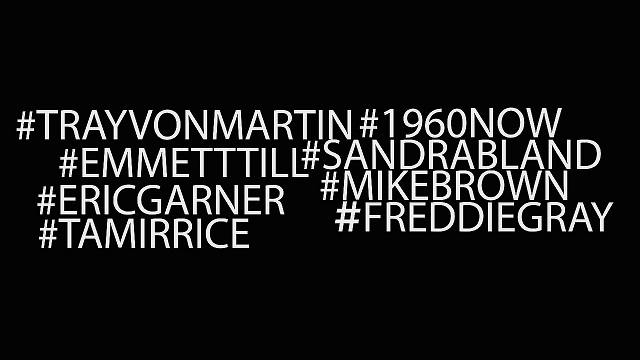 The Black Lives (Have Always) Mattered section, curated by Kalia Brooks, gives a multitude of faces to the, at first faceless, online movement of #BlackLivesMatter. The walls here are filled with hashtagged homages to black men and women killed in recent years by police and black-and-white film shots consciously reminiscent of images from the Civil Rights Movement. Further on, Climate Changes instills fear and hope, through Cynthia Young’s curation of chilling evidence of both rising temperatures and melting icecaps, as well as heartening scenes from environmental protests. 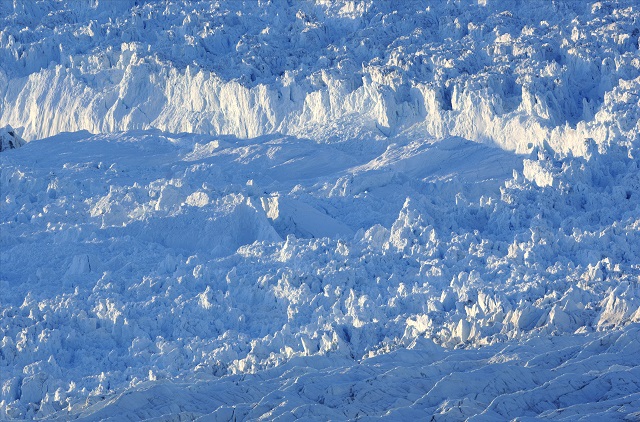 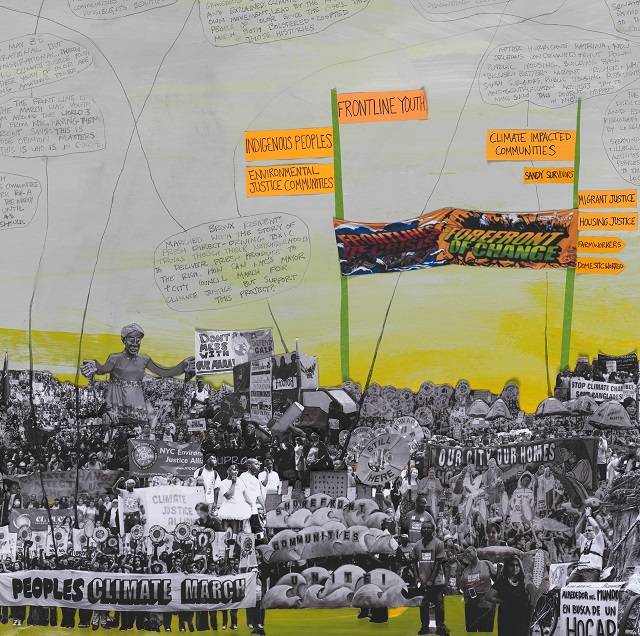 Squiers herself has organized two parts of the show. The first is the Fluidity of Gender section, co-curated with Quito Ziegler, which highlights how the queer and trans community represents themselves, and is represented, through photography and film. The images chosen by Squiers and Ziegler also illustrate a narrative of how these communities have found belonging and safety online. “The Internet has been a conduit of information and community-building for many people who would have previously been completely isolated in their sense of difference,”  Squiers says, “and it has been used in that way for a number of years.” 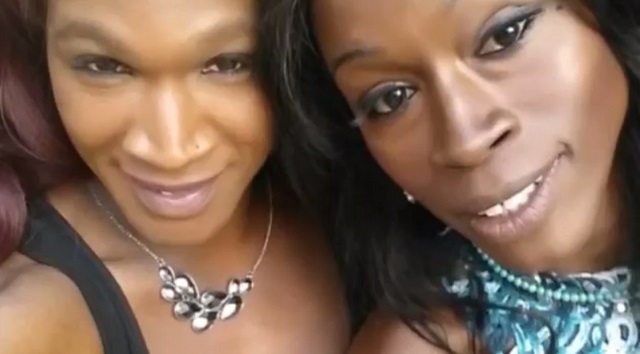 Squiers also takes on Propaganda and the Islamic State, with the help of Akshay Bhoan, through an investigation of the complex media program ISIS has operated over the past several years. Squiers says that this section presented the greatest challenge for her, personally. With each new propaganda video she and Bhoan discovered in the archived annals of the dark web, they were obligated to witness horrific scenes and contemplate unwieldy ideology. “[You] might discover [the video] was terribly violent,” she says, “or that it had a historical narrative that seemed interesting, until you happened upon scenes of stunning violence that were edited in very fast.”

“There were also certain anxieties about being associated with this material,” Squiers continues. “And then explaining to people why anyone would want to look at ISIS propaganda, which wasn’t so much a case of wanting to look at it but of feeling it was necessary to grapple with it.” For this last hurdle, the curators have attempted to bring viewers into a more empathetic state by displaying these ISIS-produced films and photographs on smart phones, iPads, and monitors across the gallery. In other words, alluding to the objective behind this visual material—of mass recruitment—by showing it on the types of screens it was meant to reach. 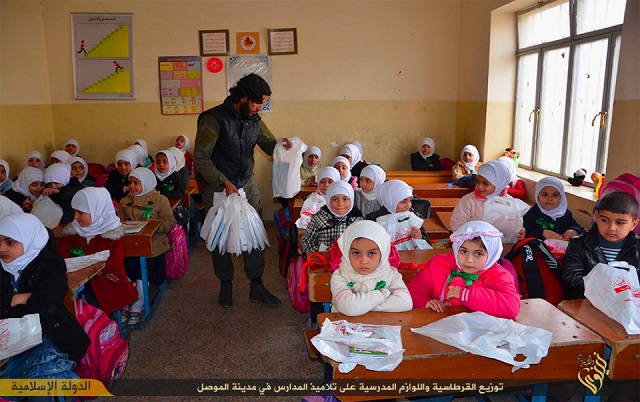 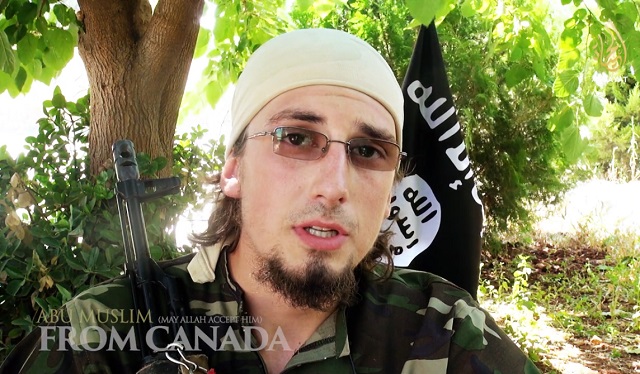 New challenges faced curator Joanna Lehan, who questions the media’s representation of the European refugee crisis in The Flood: Refugees and Representation. “How do you cover something as massive as the refugee crisis in Europe,” asks Squiers, “at a time when news organizations are slashing their budgets and hiring fewer photographers?” The photographs presented, from photojournalists, artists, and refugees, attempt to find the answer to this question, by exposing the opinions and perspectives embedded in these images. 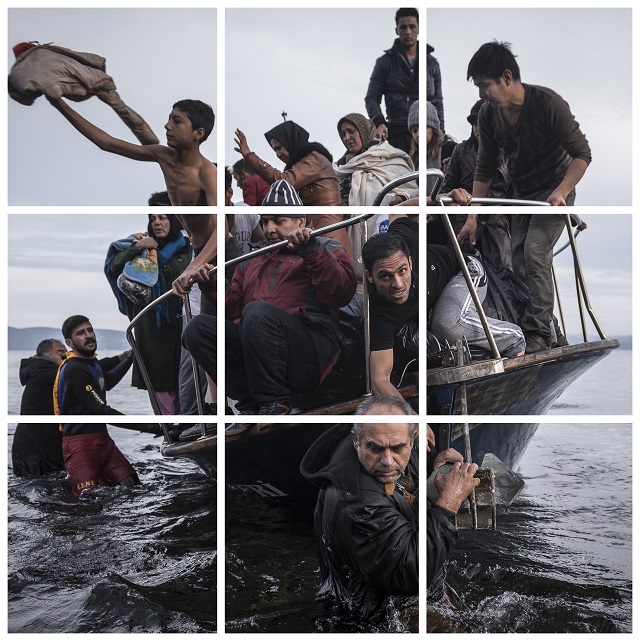 Sergey Ponomarev [Refugees arrive by a Turkish boat near the village of Skala, on the Greek Island of Lesbos], November 16, 2015 Digital image, 9 monitors Original photograph © Sergey Ponomarev for The New York Times

Finally, curators Susan Carlson and Claartje van Dijk look at the visual vocabulary of the alt-right. This section, The Right-Wing Fringe and the 2016 Election, exhibits the images that this anti-establishment, conservative movement used as a sprawling, online media campaign over the course of the 2016 election—and which they continue to use under their new president. 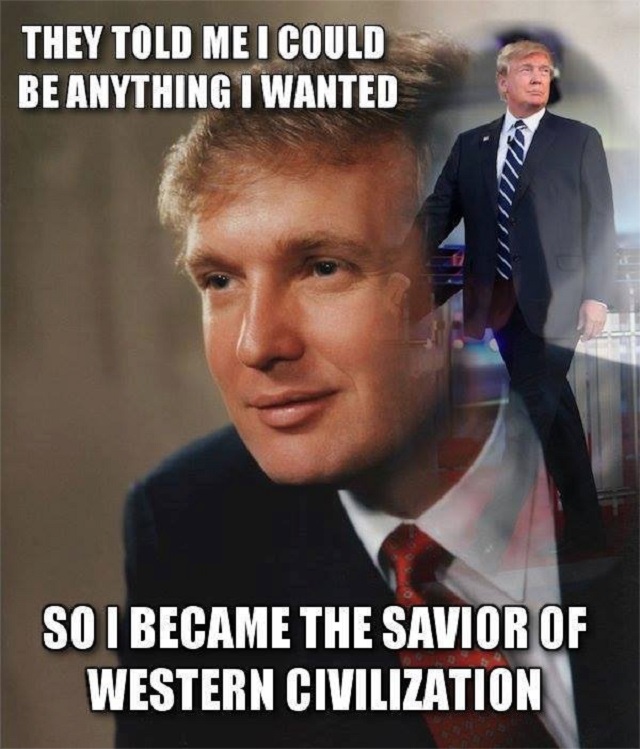 They told me I could be anything I wanted so I became the savior of western civilization, ca. 2016 Screenshot

The six issues addressed by ICP’s first show of the year are ones we are all familiar with: they are things many of us experience every day, whether through the media or in our everyday lives. The impact of Perpetual Revolution, however, is in seeing them all condensed into one space. This invites the viewer to make connections, jump from Syria to social media, and absorb the history that we are witness to. 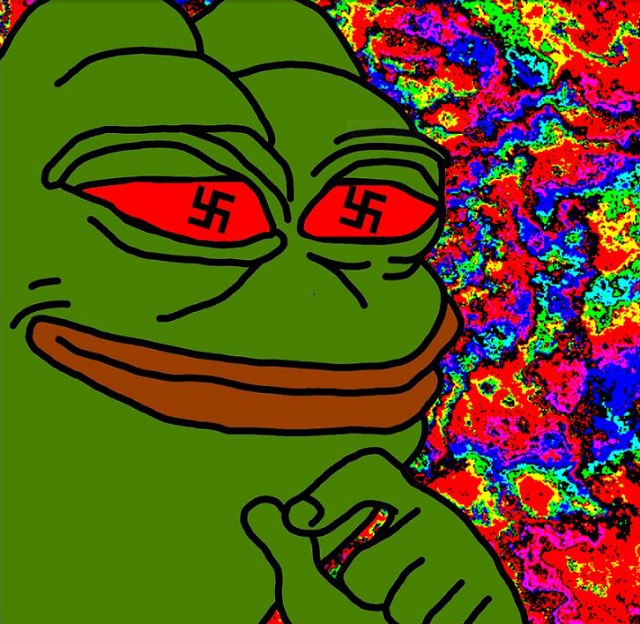 [Pepe with swastikas in his eyes], ca. 2016 Screenshot

Read more about the International Center of Photography’s ambitious new show, which runs from January 27 through May 7 of this year, on their website.

This Is What It’s Like to Photograph Refugees in Europe

Photojournalists Capture the Violence and Emotion of Venezuelan Protests