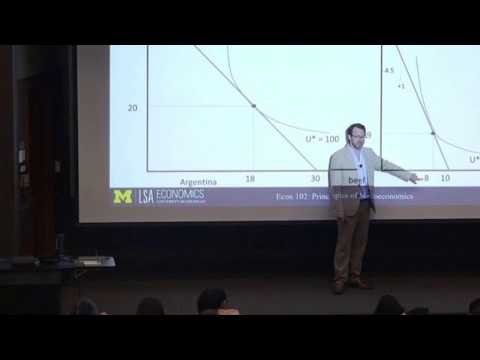 Tino Cardasis recorded a lecture when he was in college. His economics professor was making a point using the beef industry as an example. Cardasis later edited the video to include only the times he said “beef.” That was 125 times, which isn’t all that often in a 90-minute lecture, but it hits differently if that’s all you hear. The video has been around for a few years, but the first time I saw it was in Annie? Rauwerda?’s viral Tweet from a few days ago. She was in the same class, and was surprised to see Cardasis’ edit a few weeks after the lecture. Cardasis says that yes, the professor has seen it.

He told me he saw it when it first blew up. When I graduated he said he shows it every year

The video is an example of semantic satiation, in which the listener hears the same word too many times and it loses all meaning, and even starts to sound weird. It’s also an example of how creative people can make something special out of nothing. -via Metafilter