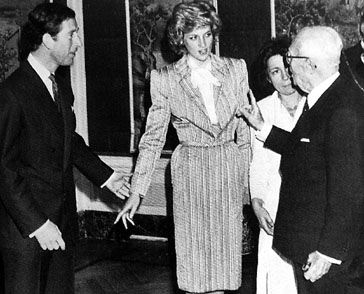 The British royal family give memorable gifts, from leather toilet seat covers to an actual grow-your-own-girlfriend kit (for Prince Harry). Princess Diana gave her then-husband Prince Charles a gift that while full of thought and effort, it was something that her husband did not like at all. In 1985, Princess Diana presented him with a dance number in a Christmas gala, giving tribute to her then-husband. Reader’s Digest has the details:

When the big night came, Diana slipped quietly out of her seat next to Charles, who was watching the stage and likely thought she was just running to the bathroom, Sleep told 48 Hours in 2017. Sleep danced solo for the intro, then Diana strutted on stage. When she turned to face the house, the audience gave a collective gasp. No one—not even Charles—saw that coming!

The applause was endless from most of the audience, but the surprise “slightly backfired,” as Charles didn’t take too well to the fact that his wife performed in front of 2,000 people without telling him, says Daily Mail editor-at-large Richard Kay, who was friends with Diana. “Charles wasn’t terribly impressed, because he thought she was showing off,” Kay said in the documentary. “But in fact, it was incredibly courageous of her to go onstage.”

Rating Here’s The Christmas Gift That Prince Charles Did Not Like At All is 5.0 / 5 Votes: 5
Please wait...
Loading...
Related articles