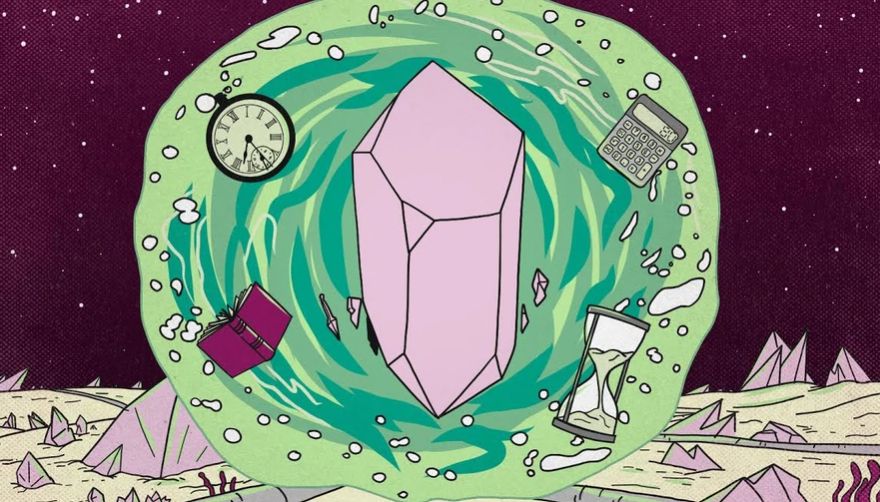 Can this turn back time? What in the world is a time crystal anyway? A space-time crystal, also known as an STC or ‘time crystal’, is a phase of matter made of repeating patterns in time. These special crystals exhibit temporal periodicity, a state wherein the crystals oscillate between one configuration and another. Scientists in Berlin were able to capture the first ever footage of an STC:

The video above shows a time crystal created from magnon, which are quasiparticles associated with the spin-wave of electrons within a magnetic material. The time crystal was built from magnons in a magnetic strip with a microscopic antenna attached to it. The antenna was used to generate an oscillating magnetic field using radio frequency, and the lines fading in and out in the video show the absorption of the X-ray beams by that magnetic wavelength structure. The darker regions show where more X-rays were absorbed which allowed the visualization of periodic oscillation of both time and space.

“It is a little bit confusing, but we induce the magnons in the strip electrically with an antenna on top of the structure,” Nick Träger, a doctoral student who co-led the research, said to Vice. “Thus, everything you can see in this video is a periodic magnetization pattern (consisting of magnons), which follows a space-time periodic motion.”