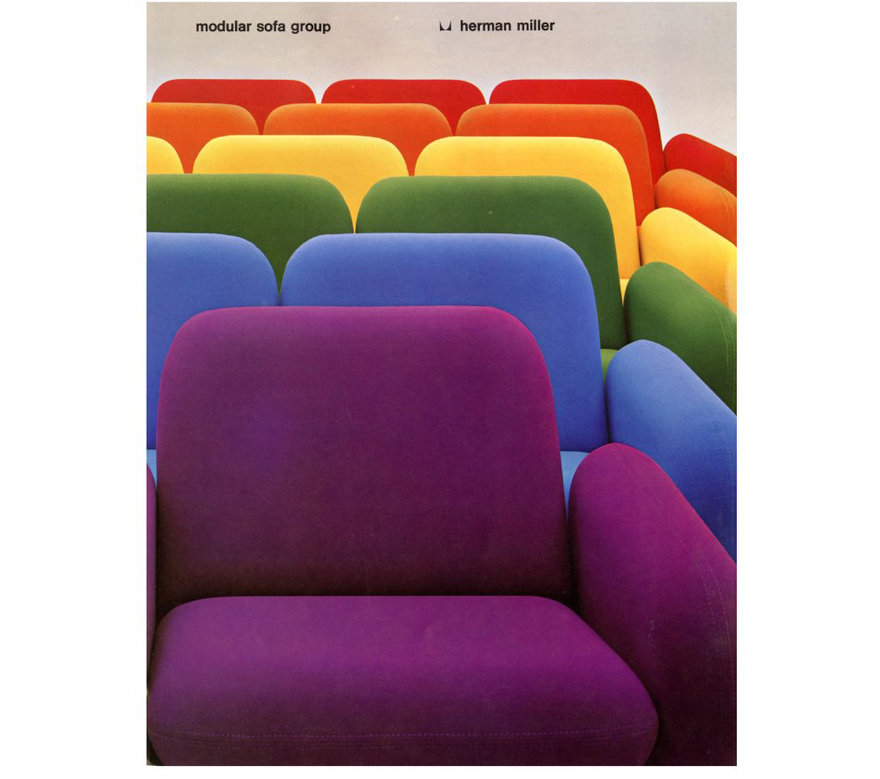 Wilkes was a proponent of a production method Herman Miller started using in 1974, for Don Chadwick’s Modular Seating line: Injecting foam into a mold to produce whatever shape the designer desired, rather than simply upholstering a foam rectangle (as with a typical sofa) or cut-out shape (as with a bar stool).

“Minimalism isn’t just straight lines–the most important thing is the form, and the simplicity of making it,” said Wilkes. The shape he chose was similar to a Chiclet, leading the sofa to gain that name colloquially, if not on the marketing materials. 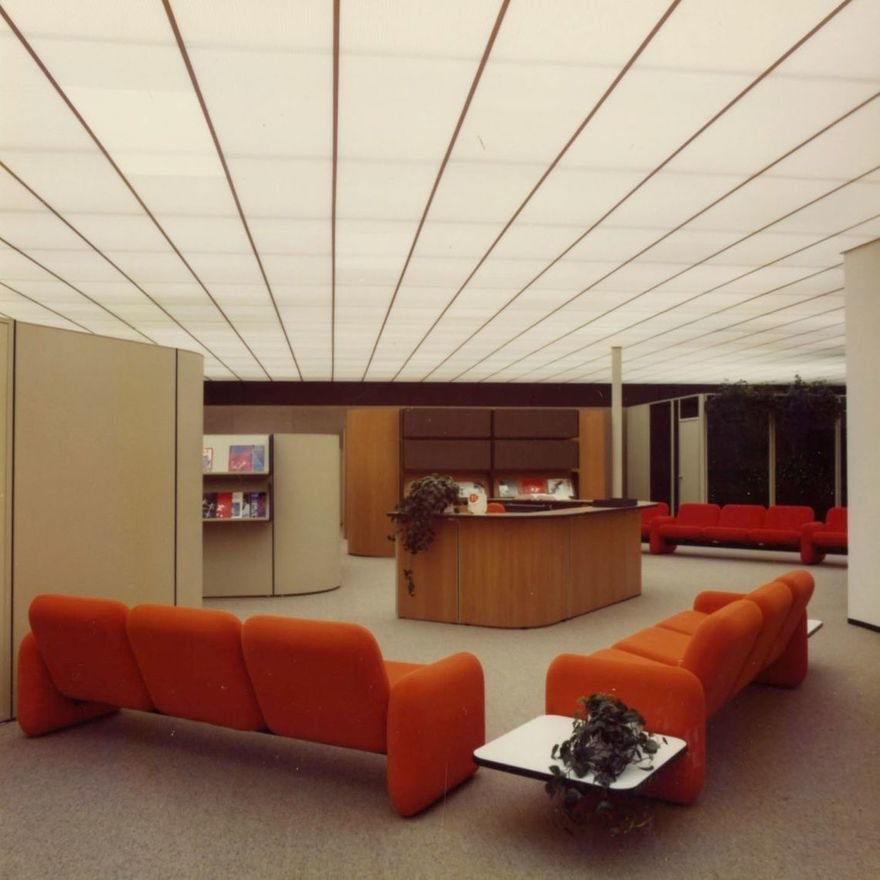 Since its discontinuation in 1986, the Chiclet has regained popularity and is often listed for $1,000 to $3,000 on eBay and other auction sites. 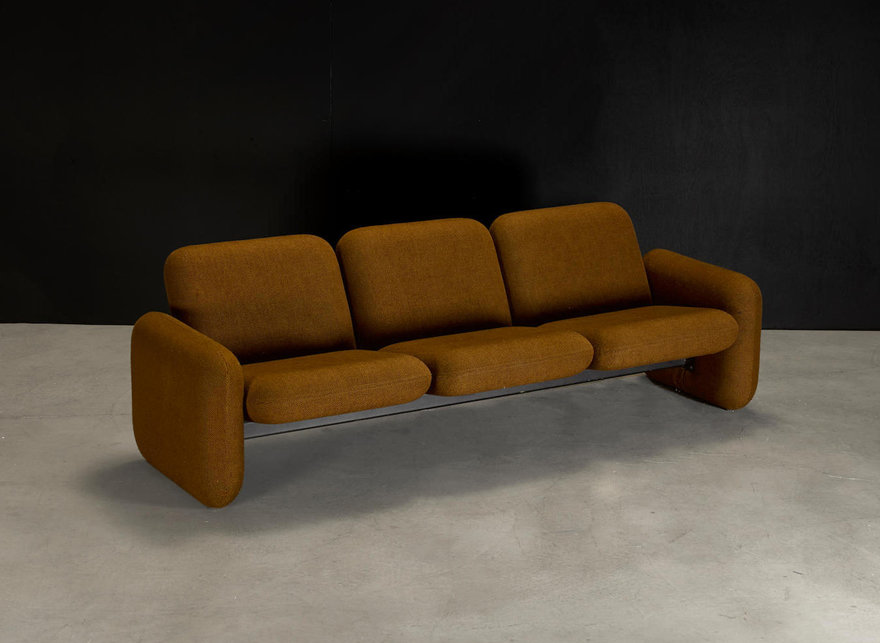 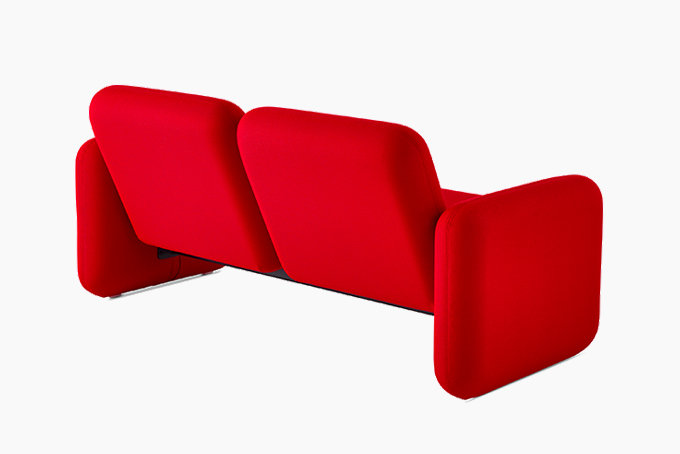 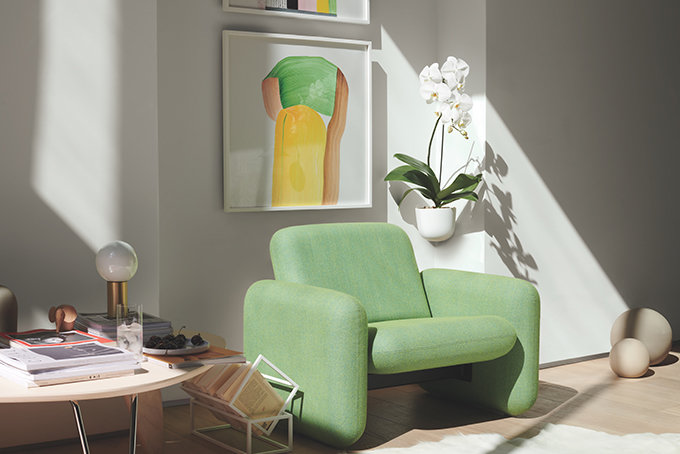 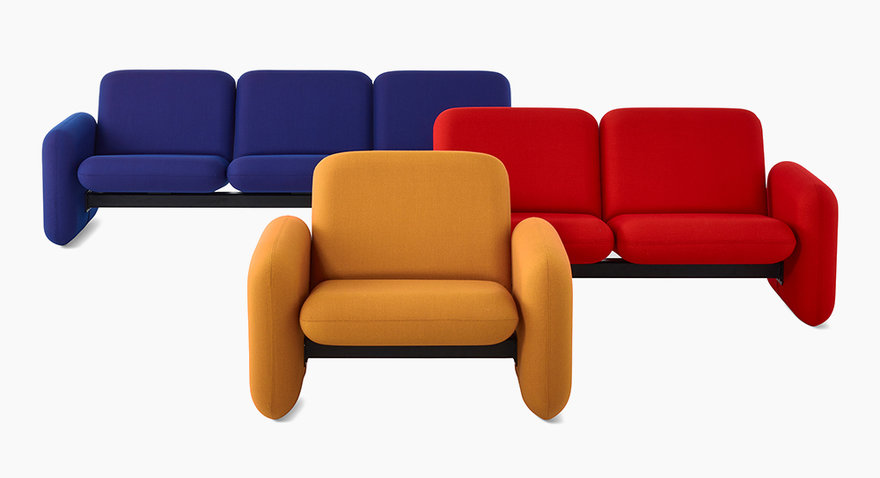 By the bye, I believe injection-molded foam was the same production method used by Bruce Hannah for Knoll in the early ’70s–there’s a fascinating story about that, and the accidental invention of an iconic toy, here.