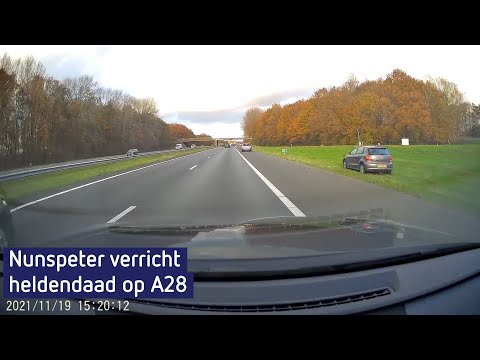 Henry Temmermans has his priorities straight.

The tabloid Daily Star tells us about this Dutch driver who noticed that another driver on the highway had passed out while still at the wheel. Her car continued to roll forward, more or less straight. It had done some damage, but she probably would have been seriously hurt if the car hit a solid object head-on.

So Temmermans guided his own car directly in front of the wayward Volkswagen and slowed until it hit him at a fairly low rate of comparative speed. He brought both vehicles to a halt. Once they stopped, he immediately ran to check on the woman.

-via Born in Space