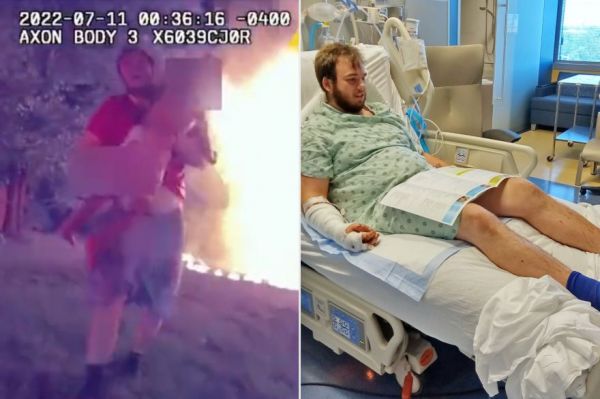 Nicholas Bostic, a pizza delivery driver in Lafayette, Indiana, noticed that a house in a residential neighborhood was on fire. He parked and ran up to the house to alert the occupants. Inside were five sleeping children.

Bostic rushed in through the back door of the house and screamed out that the house was on fire. He found four children and took them outside. They old him that a 6-year old child was on the second story. Bostic rushed back into the house, now engulfed with flames. The smoke was so thick that he couldn’t see, but he nonethless found the child and jumped out of a window with her. Here he is carrying that child to firefighters who arrived on the scene:

Here’s the video to go along with the story. pic.twitter.com/TvZ5wzCg1f

Bostic recieved a deep cut on his right arm and suffered severe smoke inhalation. He had to be hospitalized, but, People magazine reports, is now recovering and was released from a hospital in Indianapolis on Wednesday.

Lafayette Police are, quite rightly, calling Bostic a hero.