To this New Yorker, moving to Japan was shocking for that country’s lack of fire escapes. Instead, in keeping with Japan’s love of visual order and overall lack of space, hidden fire escape contraptions are installed on balconies (almost all apartments have them; electricity is too expensive to own clothes dryers, so all laundry is air-dried on balconies). These are not all user-friendly affairs, as you’ll see.

This scissors-style evacuation ladder tucks up under the hatch that conceals it. 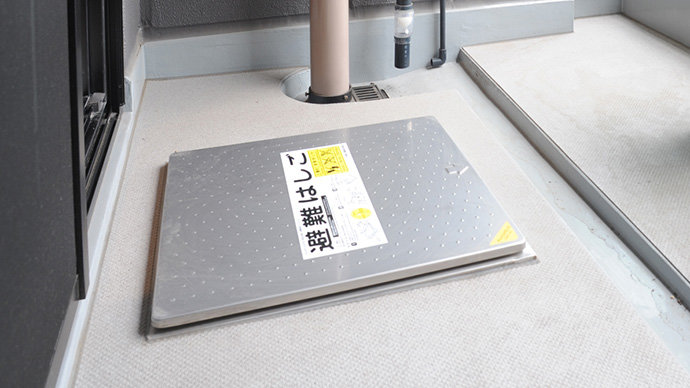 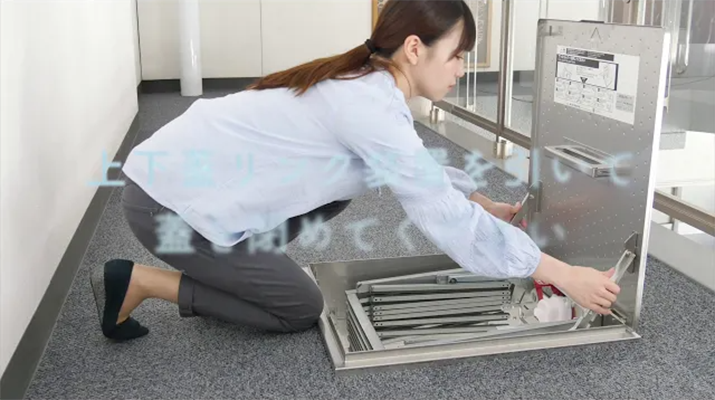 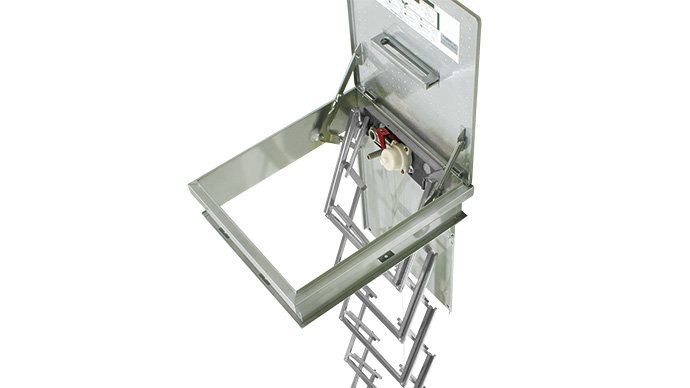 Here’s how it’s deployed (and re-wound):

Note that the ladders do not touch the ground below, and are untethered; climbing down one as it swings is likely a heart-stopping affair. 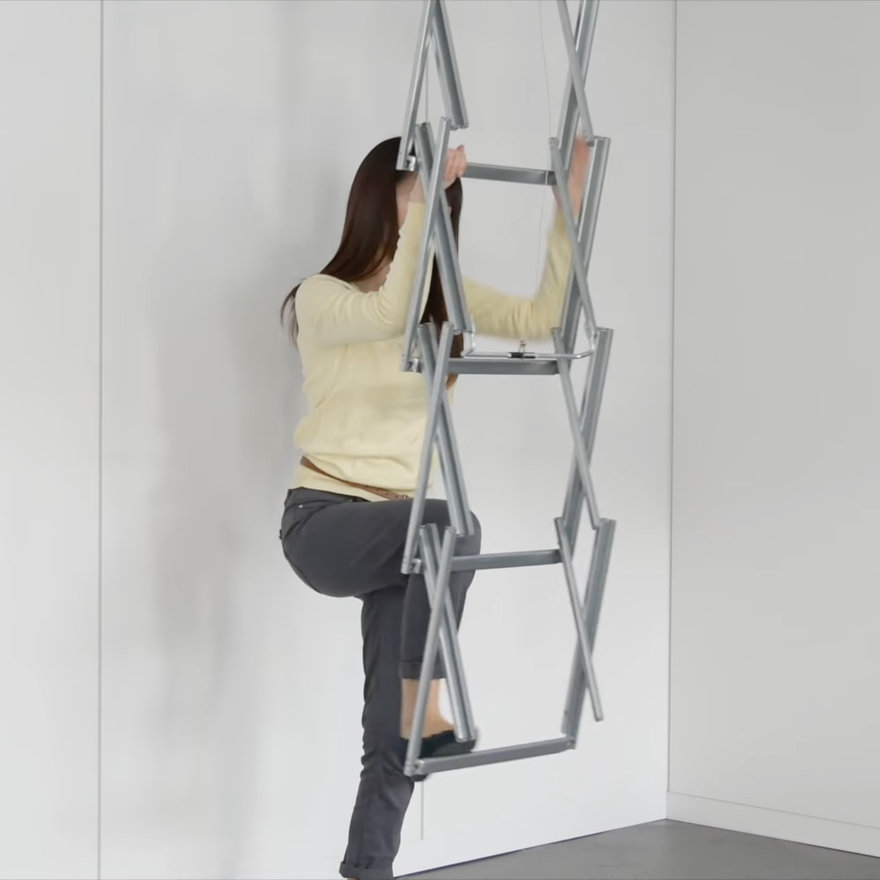 This Rescue Line MD ladder, whose use is limited to three-storey buildings, is cleverly concealed and easy to deploy. (But boy that’s a long way down.) 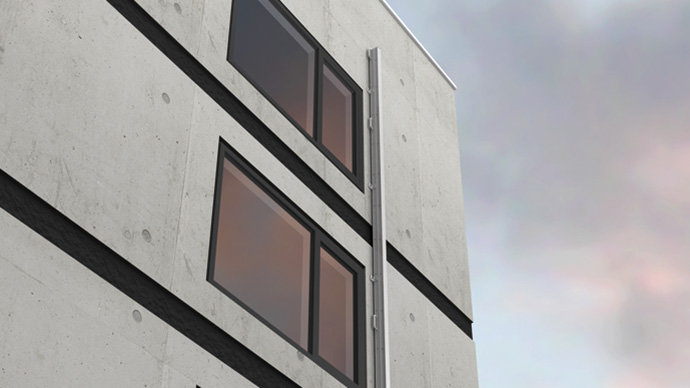 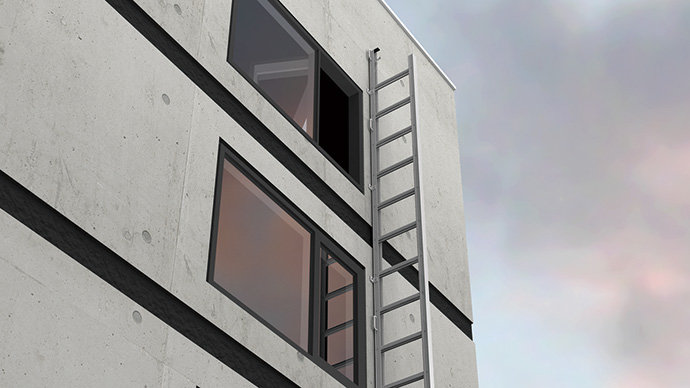 A slightly safer variant is this also-hidden Rescue Line FX ladder, which at least keeps your back against the wall as you descend. 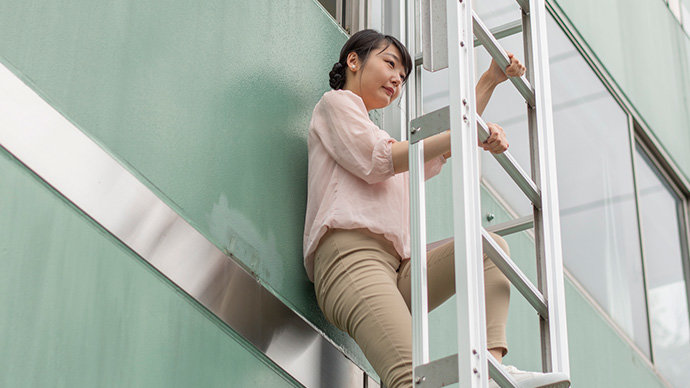 The way that it deploys is pretty cool:

All of the solutions above assume an able-bodied, free-handed, reasonably-fit person will be using the ladder. But what about a parent who has to carry a baby, or an elderly person with grip issues, or someone on crutches? This UD Escape system, which allows the user to control their descent (hydraulically, I believe) one-handed, was designed with a wider range of users in mind: 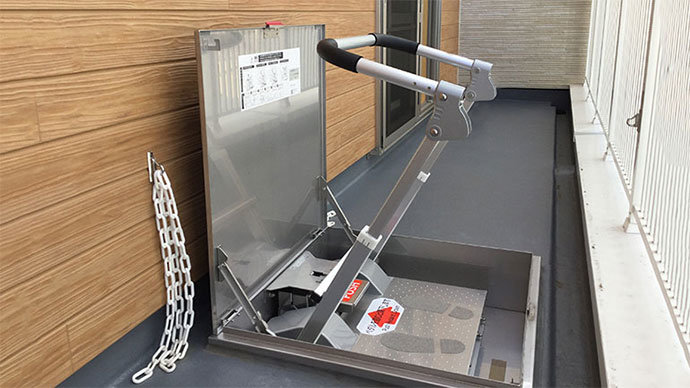 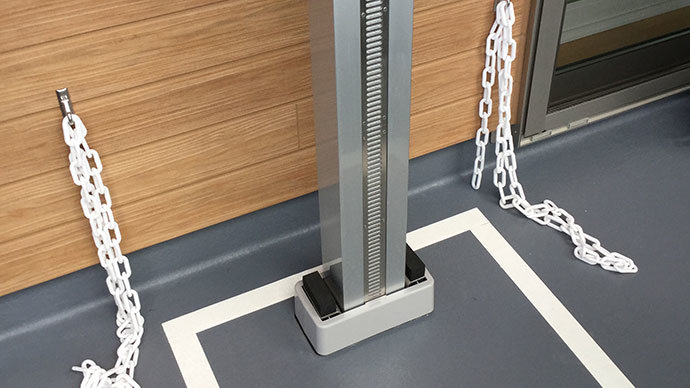 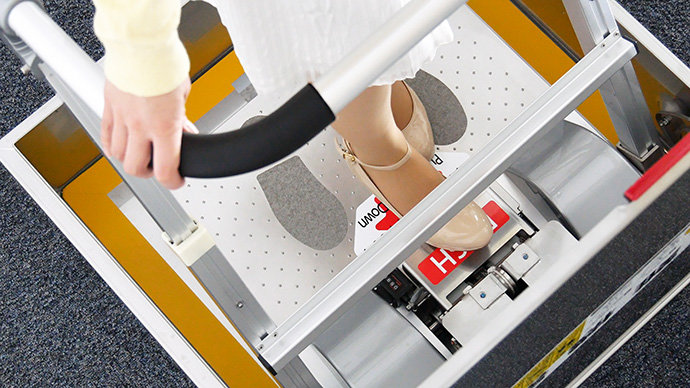 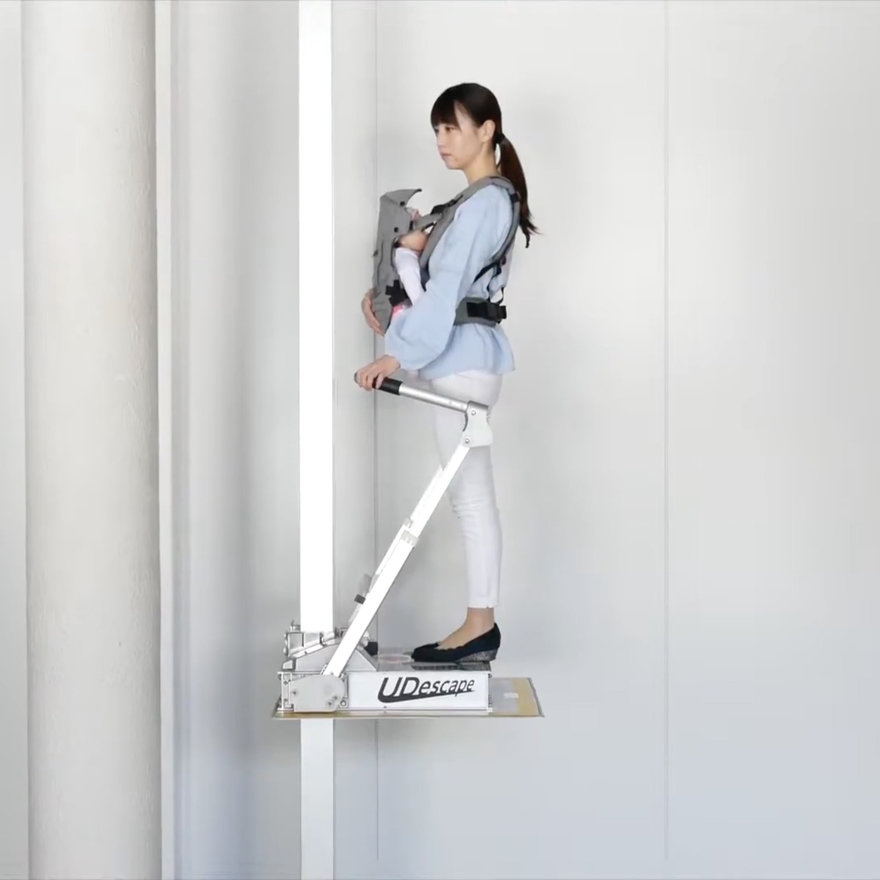 In action, it looks almost fun:

And finally, what about people in wheelchairs? This UD Escape With [sic] is well-thought-out from a UX perspective (and does not look like a trivial thing to manufacture and install): 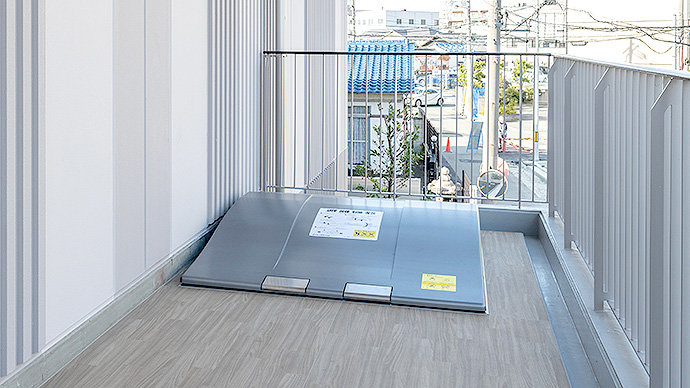 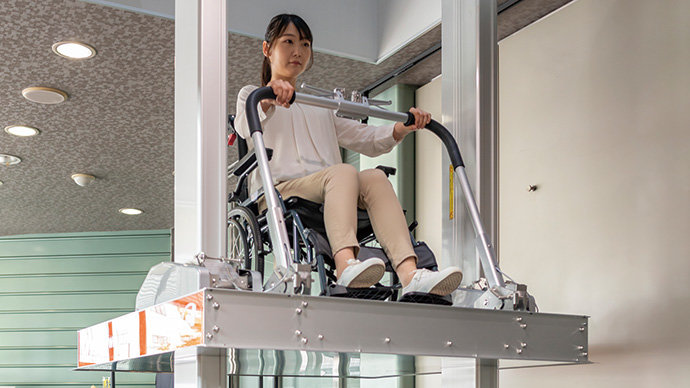 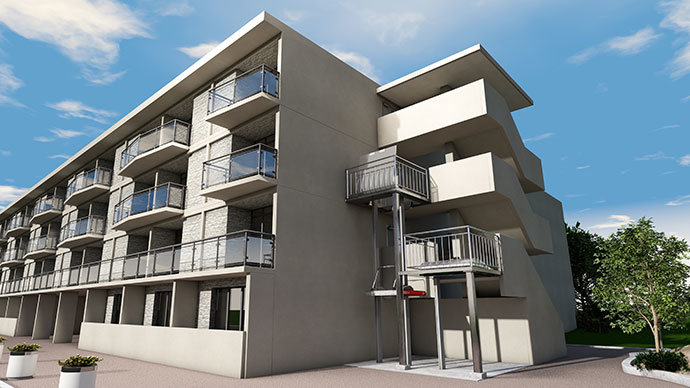 The design of both the lid-triggering and the descent control look pretty good:

It’s worth noting that with the exception of the fixed ladder variants, most of these are only designed to go down one floor (or two, in the case of the wheelchair unit). Unlike New York fire escapes, which provide a continuous path down to the ground, these escape mechanisms are installed on each floor; in a fire each would have to be deployed individually, and you’d have to descend to the ground level-by-level, like in a videogame. Suffice it to say I’m glad I never experienced a fire in Japan while I was there.