In the summer of 1953, the Canadian government uprooted seven Inuit families from their homes in Northern Quebec, and dropped them high in the arctic, some 2,000 km away, with the promise of better living and hunting opportunities, and with the assurance that if things didn’t work out, they could return home after two years. But promises were broken. For decades, the relocated Inuit families suffered immense hardship, fighting extreme cold, hunger and sickness, yet unable to escape because they were so far away.

The Canadian government claimed that the relocation was a humanitarian gesture to assist the starving indigenous people and help them continue a subsistence lifestyle. In reality, it was an attempt by the government to assert sovereignty in the High Arctic during the Cold War. 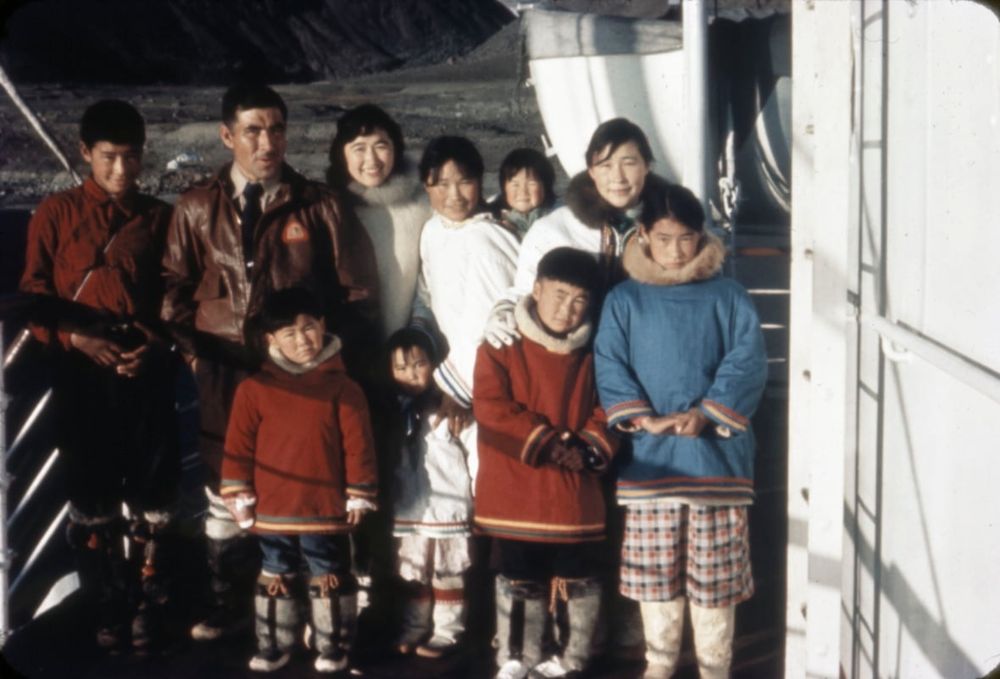 A family from Pond Inlet on board the C.D. HOWE at Grise Fiord. Photo: Health Canada/Library and Archives Canada