Ah, the American Dream. If you work hard, do well in school and love your country, you can achieve anything you set your mind to! Open your own business, buy a house with a white picket fence out front, raise a beautiful family and retire by the age of 65. The United States is a land full of opportunity, and nothing can hold you back!

Sound a little like propaganda? 2 days ago, an American software engineer wrote to the Anti-Work subreddit after realizing they are a little less than proud of their country. r/Antiwork has almost 2 million members who “want to end work, are curious about ending work” and “want to get the most out of a work-free life”, and it is the perfect platform to call out the unattainable dream millions of us have been force-fed since we were children.

Below, you can read the disgruntled software engineer’s realization and decide for yourself if the American Dream is all smoke and mirrors. And when you’ve finished reading this article, we’ve got you covered with another Bored Panda piece exploring anti-work themes right here.

After realizing that the US brainwashes citizens into believing having a decent quality of life is a privilege, this American turned to Reddit to air out their grievances 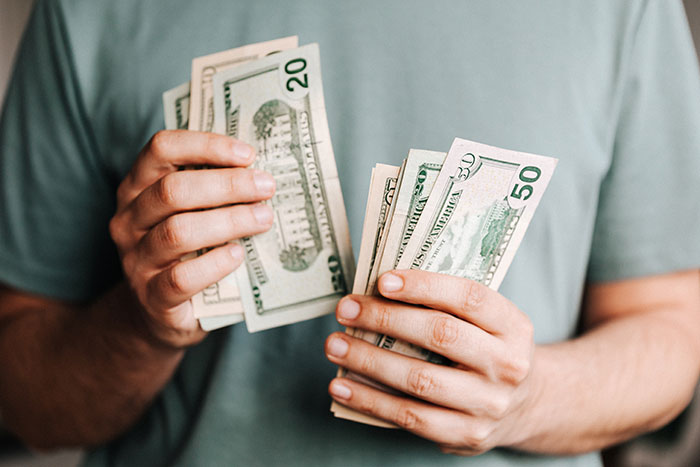 Here’s what the frustrated software engineer had to say 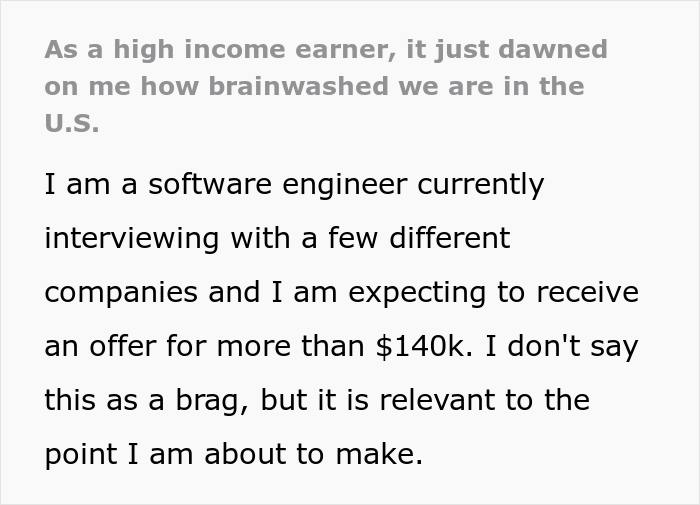 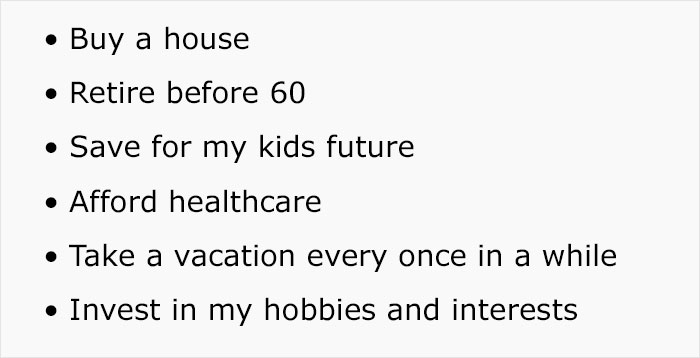 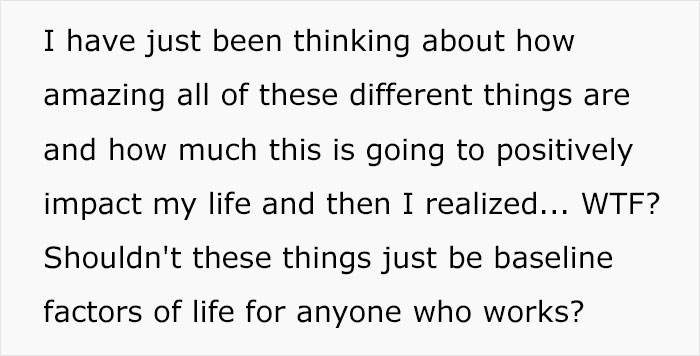 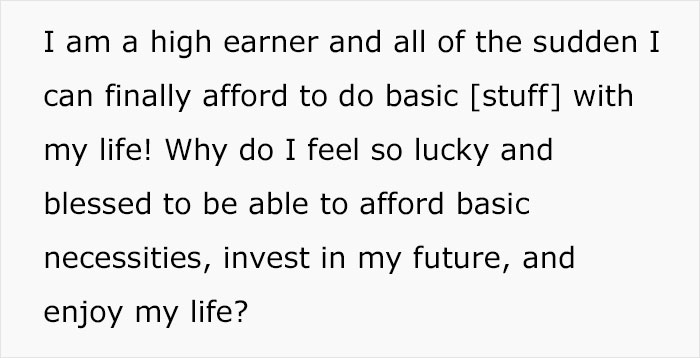 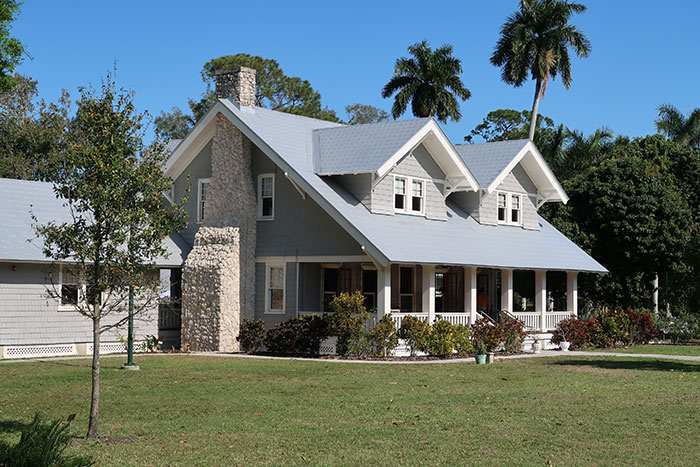 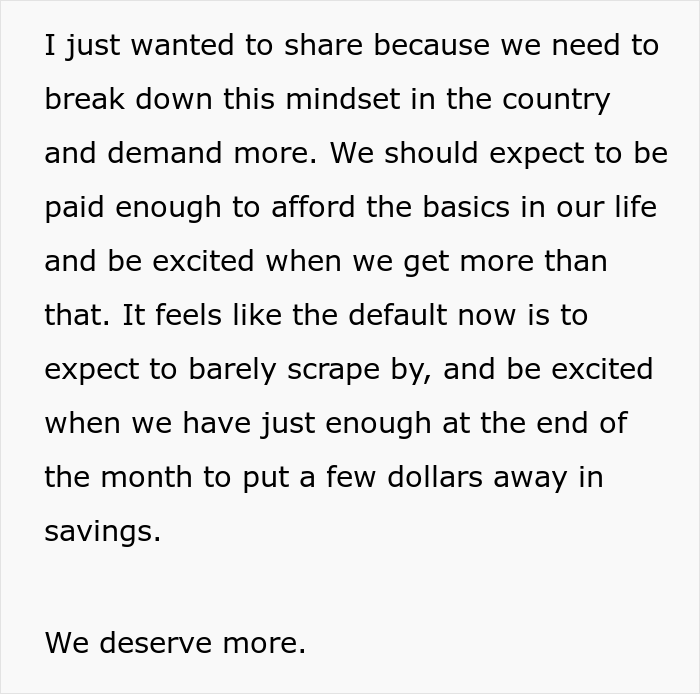 The American Dream may have always been difficult to achieve, but it has become increasingly unattainable in recent decades. According to the Daily Aztec, during the middle of the 20th century, over 90% of 30-year-olds were earning higher salaries than their parents did at that age. By 2019, however, that number had dropped to just 50%. It seems the cost of everything in the US (higher education, health care, homes) is becoming astronomical, while wages have plateaued.

And for many Americans, it feels like they are stuck between a rock and a hard place when it comes to education. Not going to college sets citizens up for lower salaries for the rest of their lives, but earning a degree can plunge students into immense debt before they’re even 25. With about 70% of college graduates now saddled with student loans, it’s hard for them to even dream of owning a home and starting a family. When taking inflation into account, the price of a college degree in the US has more than doubled since the 1970’s. One study even found that the graduating class of 2015 likely won’t be able to retire until they are 75 due to their increasing student loan debt.

Many things have changed in the past 50 years, but the mindset pushed onto Americans that they live in a free country full of opportunities has not evolved. It’s time for policy makers to wake up and realize how outdated the American Dream has become. Unfortunately, the US is still functioning on the idea that everyone has the chance to become wealthy, while the vast majority are just trying to keep their heads above water. We’d love to hear in the comments how you feel about this software engineer’s realization. Let us know how the US system has affected you or how it’s different from the country you live in. 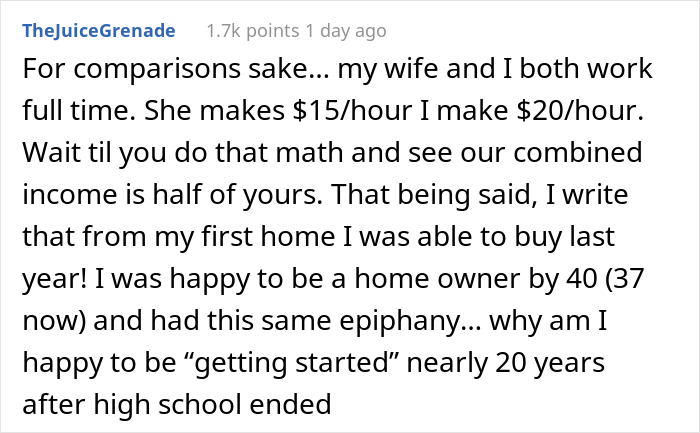 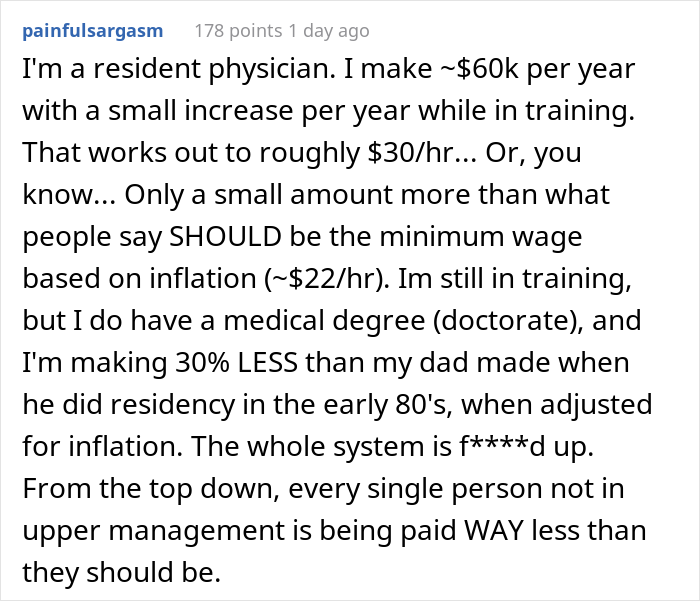 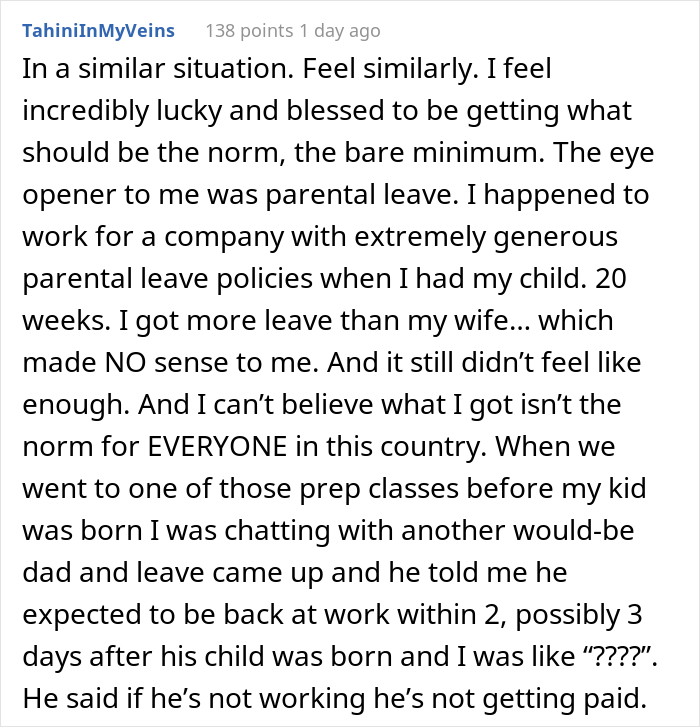 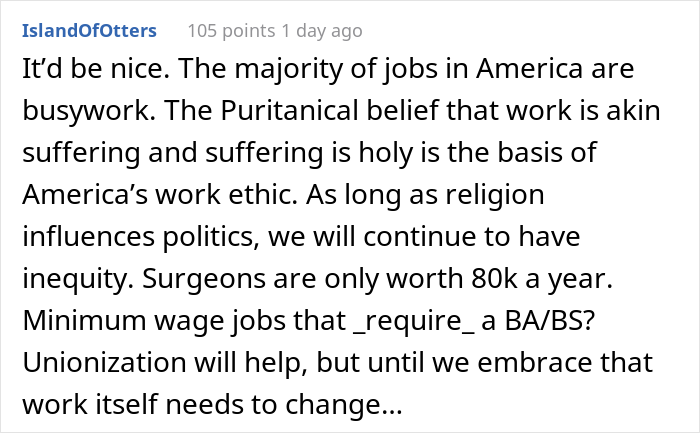 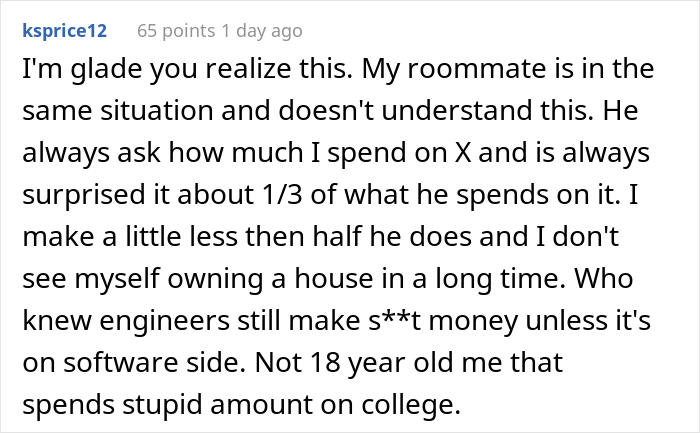 The post High Earner Shares His Epiphany About Basic Life Necessities Every American Should Get Yet Doesn’t first appeared on Bored Panda.