Space may be the final frontier, but scientists have found plenty of head-scratchers right here on one of Earth’s zippiest creatures, the humble hummingbird. The July issue of National Geographic Magazine includes stunning photography by Anand Varma of ornithologist Christopher Clark’s experiments studying how the Anna’s hummingbird sees, moves, and eats.

Clark recreated studies from UC Berkeley and the University of British Colombia that use smoke, optical illusions, and specially-created tools in conjunction with high-speed cameras to reveal hummingbirds’ strange body parts. For example, the reason they can hover is because their unique bone structure allows them to create lift on the upswing, as well as the downswing of their wings.

Hummingbird sight was studied by observing the birds darting around a “visual treadmill.” Projections designed to simulate movement had no effect on the almond-sized creature’s speed, regardless of whether they were moving forward or backward.

Even stranger is the hummingbird’s mouth. A transparent bird feeder provides a unique view of how it slurps up the nectar that powers its turbo-pumping wings. Did you know its beak splits in half to allow the juices to flow in? Check out that and other stunning sights in the images and video below. 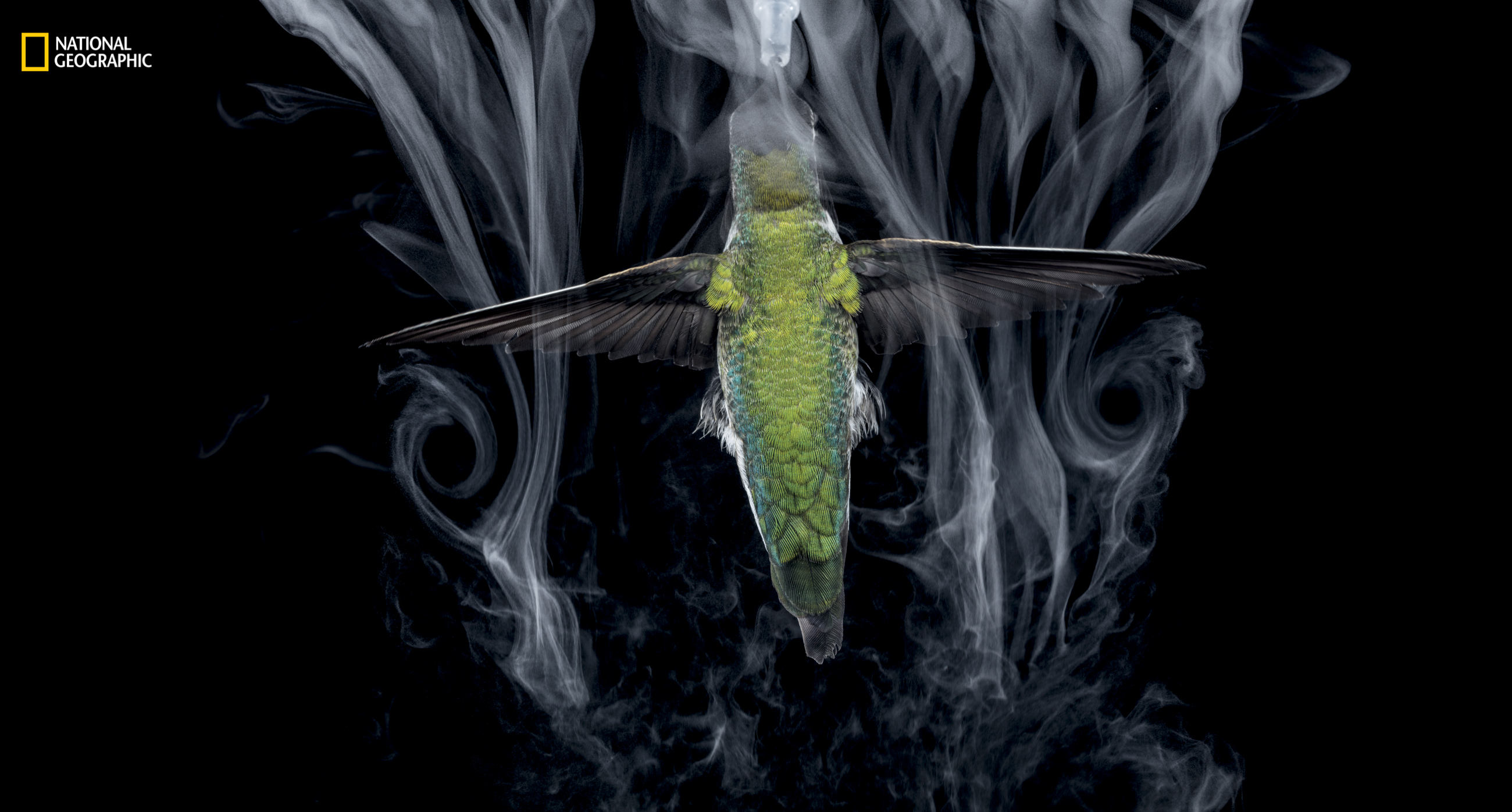 Most birds produce substantial upward force—aka lift force—only with the downward flap of their wings. The secret to the hummingbird’s hovering ability lies in the near symmetry of its wing motion, which allows it to produce lift during the upstroke as well as the downstroke. By filling the air with a fine mist using an ultrasonic fogger, researchers can observe the tornado-like vortices that this Anna’s hummingbird sheds at the end of each half-stroke—when its wings flip more than 90 degrees and reverse course.
SOURCES: VICTOR ORTEGA-JIMENEZ AND ROBERT DUDLEY, UC BERKELEY; DOUG ALTSHULER, UNIVERSITY OF BRITISH COLUMBIA, VANCOUVER. Photographs by Anand Varma / National Geographic 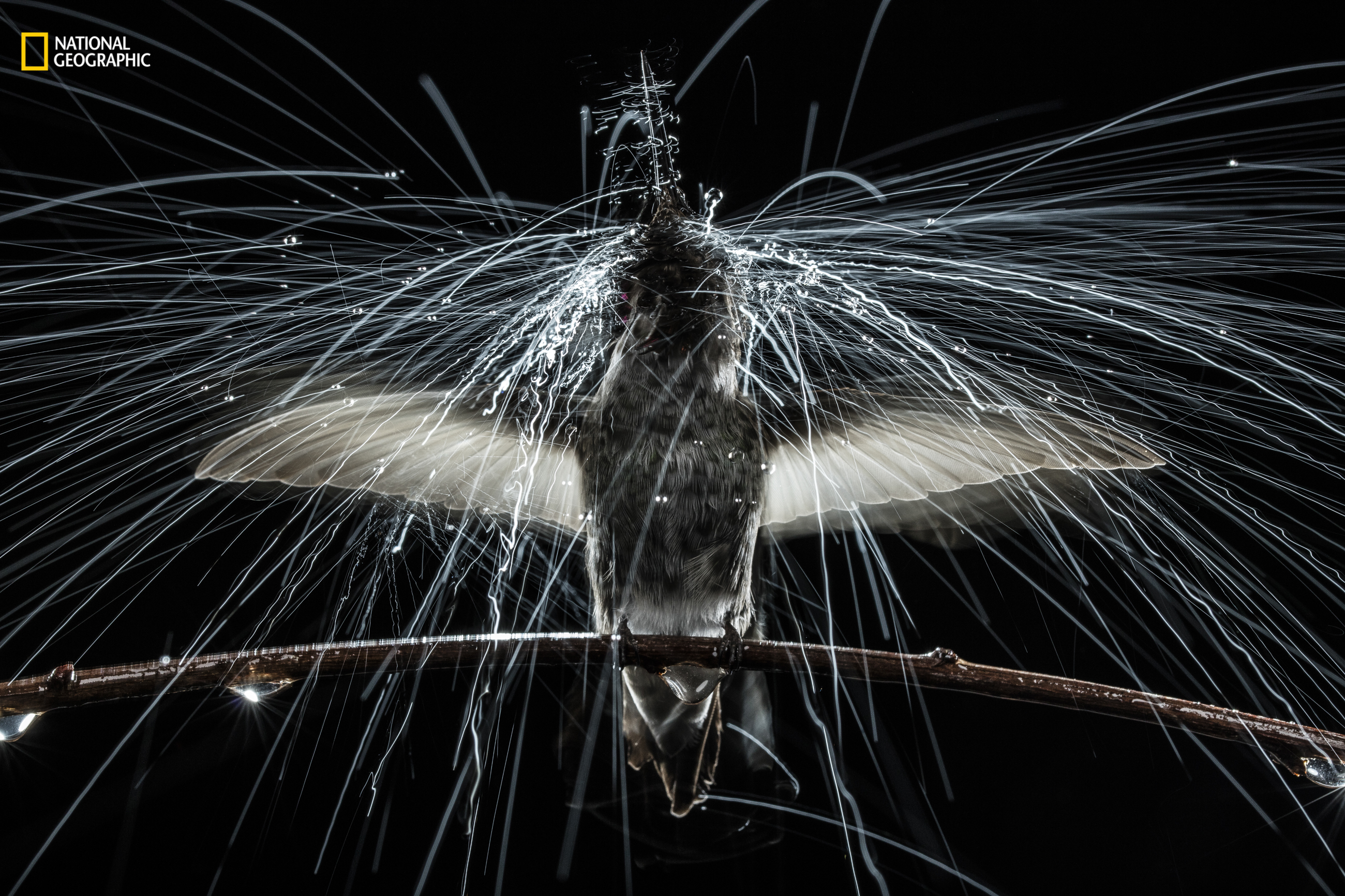 Hummingbirds often brave downpours to gather the nectar needed to avoid starvation. This Anna’s hummingbird shakes off rain as a wet dog does, with an oscillation of its head and body. According to researchers at UC Berkeley, each twist lasts four-hundredths of a second and subjects the bird’s head to 34 times the force of gravity. Even more remarkable: Hummingbirds can do this in flight as well as when perched.
SOURCES: VICTOR ORTEGA-JIMENEZ AND ROBERT DUDLEY. Photographs by Anand Varma / National Geographic 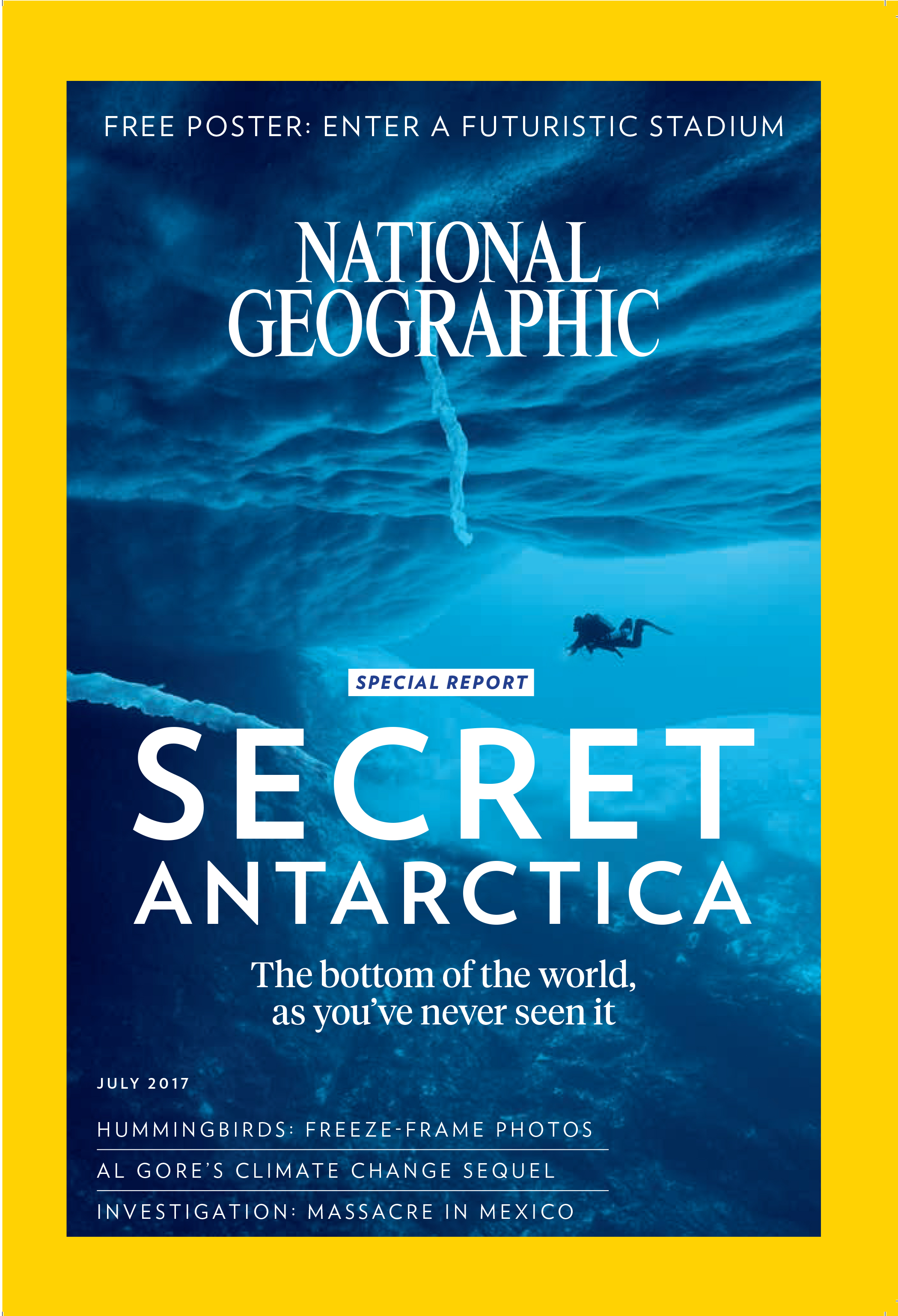 Learn more about the science behind hummingbirds in the July Issue of National Geographic Magazine.

Heart-Melting Photographs Take You Inside an African Elephant Orphanage