Proper child care is crucial for partners who want to maintain their employment. Without it, one of them may have to reduce working hours or leave the workforce altogether, leading to a loss of income and career advancement opportunities.

But when Reddit user Certain-Bee-3412 suggested to her husband that they get a nanny so they both can continue with their jobs, the man refused. He said his mom “wouldn’t like it” and promised to come up with an alternative.

However, the woman soon realized that his plan for moving forward was to jeopardize her career, and the disagreement had grown into a big fight. Unsure of how she handled it, Certain-Bee-3412 made a post on the subreddit ‘Am I the [Jerk]?‘ asking its members to share their unbiased opinions. 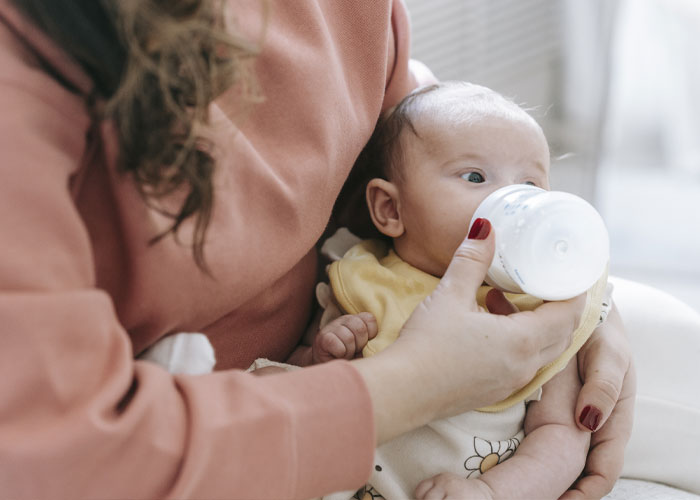 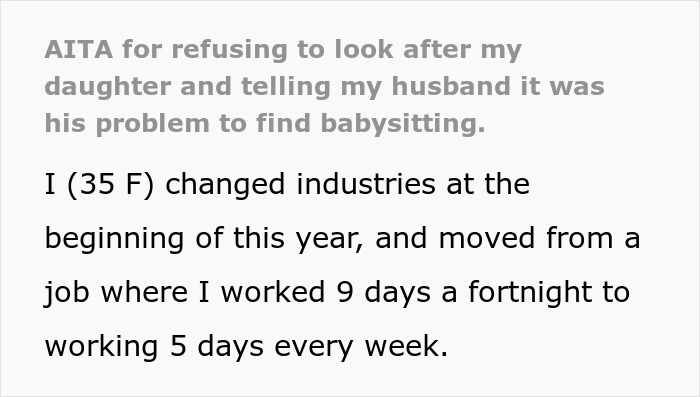 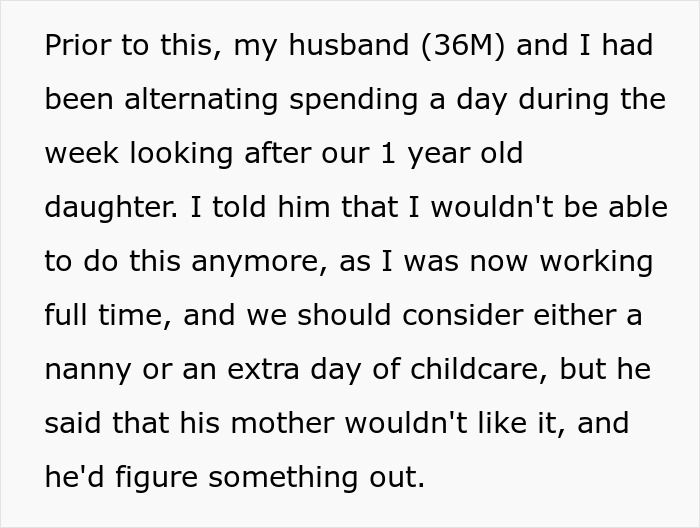 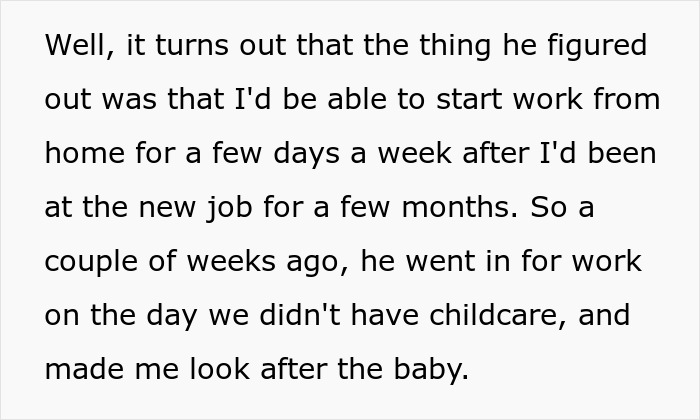 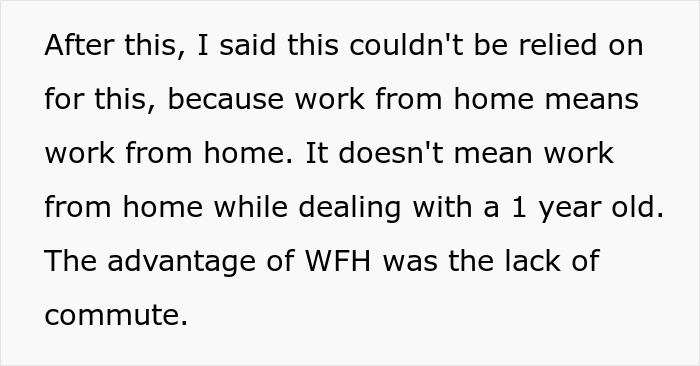 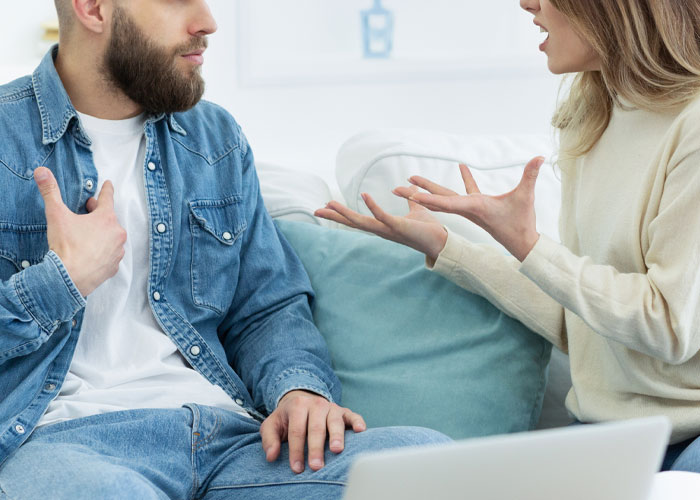 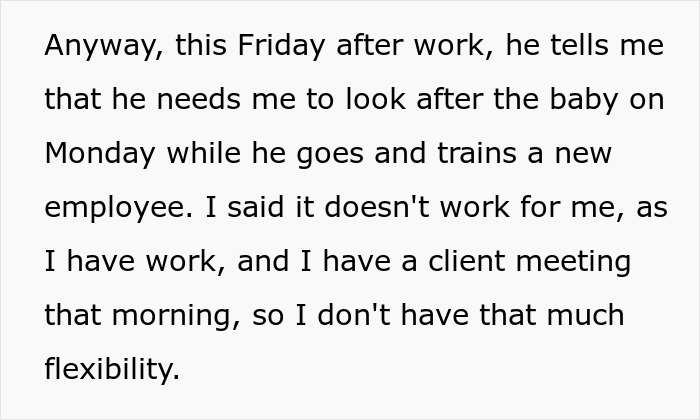 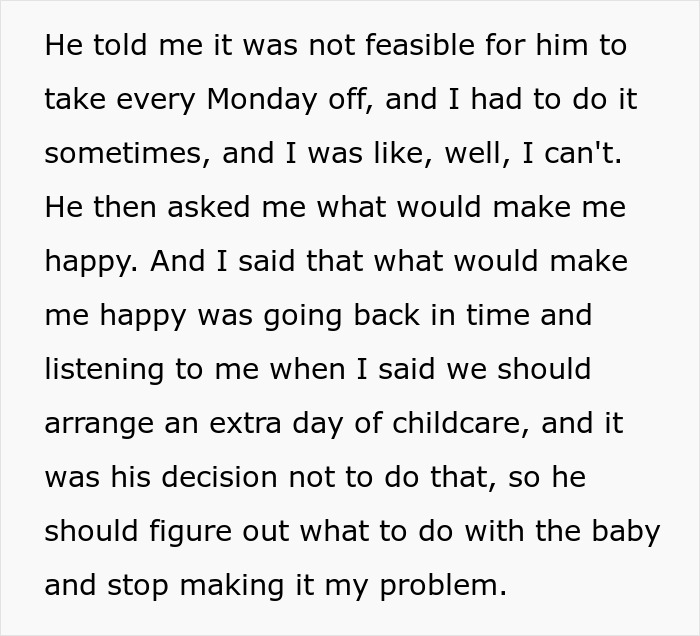 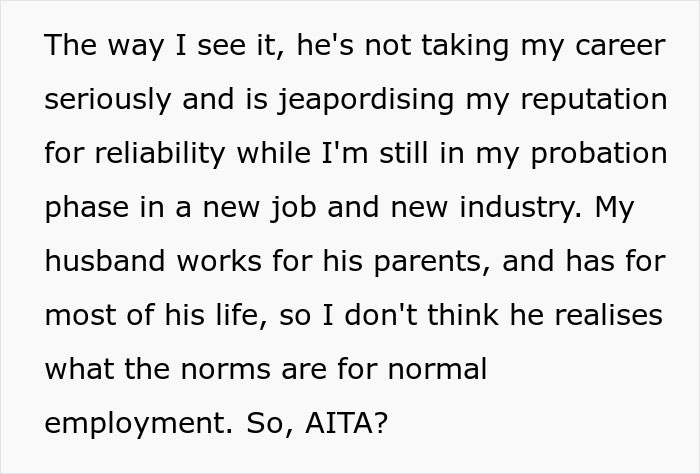 For many young adults, in-law conflict increases after the birth of their first child, with the shared interest of a grandchild providing fresh reasons for grandparents to “influence and interfere in the lives of other family members.” During the early child-rearing period, new mothers and their mothers-in-law may well have more frequent contact than before.

“When pregnant, breastfeeding, and caring for a young baby, mothers are faced with a challenging time and need extra support,” Gretchen Perry, professor at the University of Canterbury, New Zealand, and co-author of the paper In-Law Relationships in Evolutionary Perspective: The Good, the Bad, and the Ugly, told the BBC.

But child-rearing is an emotional topic that comes with an array of generational differences: with a mother-in-law expecting to have her grandchild raised one way, and an exhausted mother adamant about having her own vision.

As her story went viral, the woman answered some questions 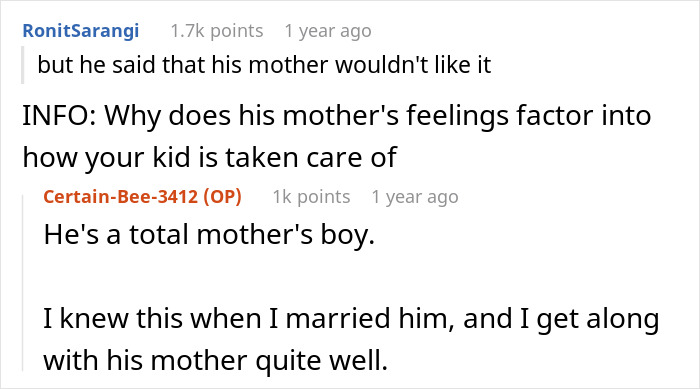 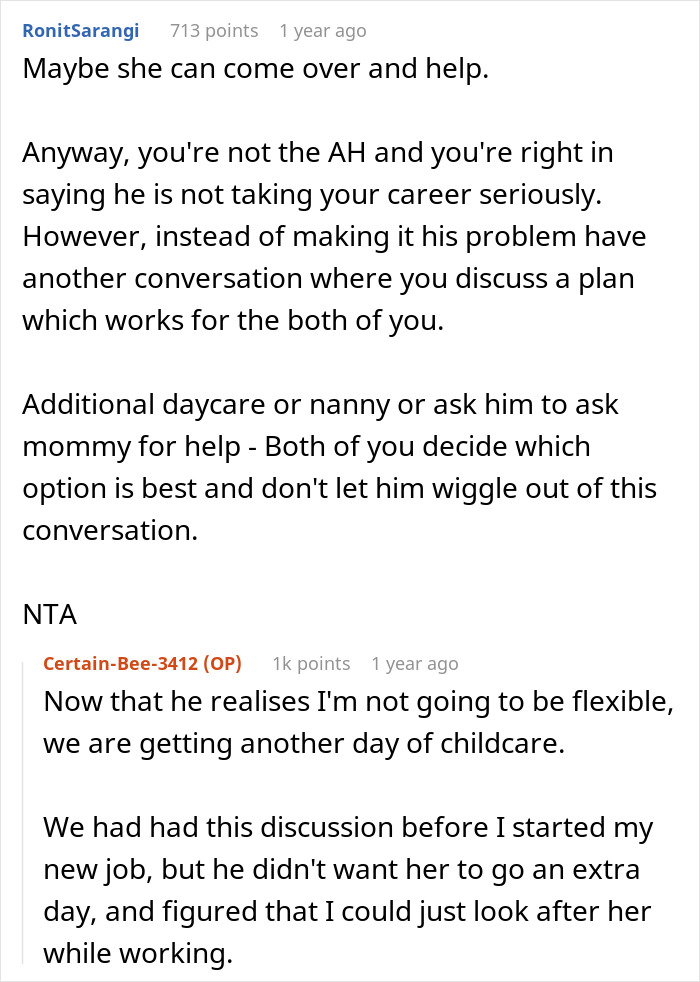 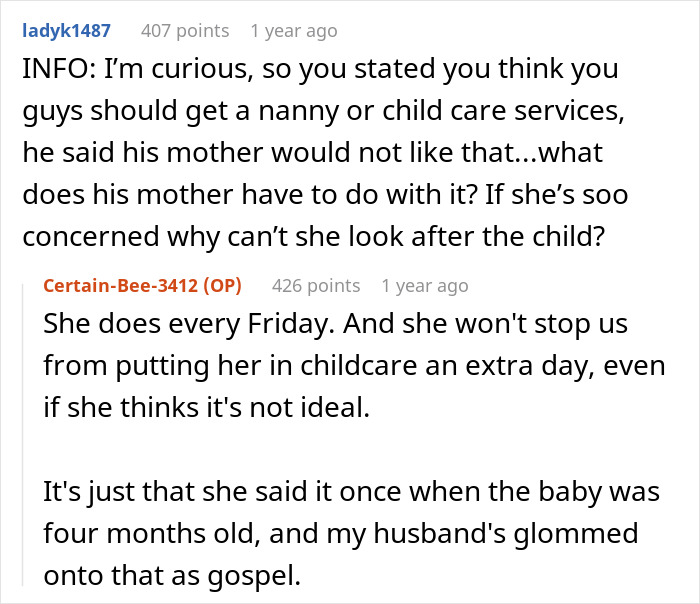 Helping a mother through the early months of parenthood is just the beginning of grandparental care, and it is the grandmothers (not the grandfathers) who often cover gaps in childcare, which can result in their own work hours diminishing and a drop in earnings potential.

Yet more help does not necessarily equate to better ties. The aforementioned study also discovered that the more grandchild care a paternal grandmother performs, the more likely a daughter-in-law is to report some form of conflict. The rule of thumb being, the more involved they are in each other’s lives, the more opportunities there are for friction. So maybe the husband could’ve done a better job listening to his wife and trying to come up with something that worked for the both of them? 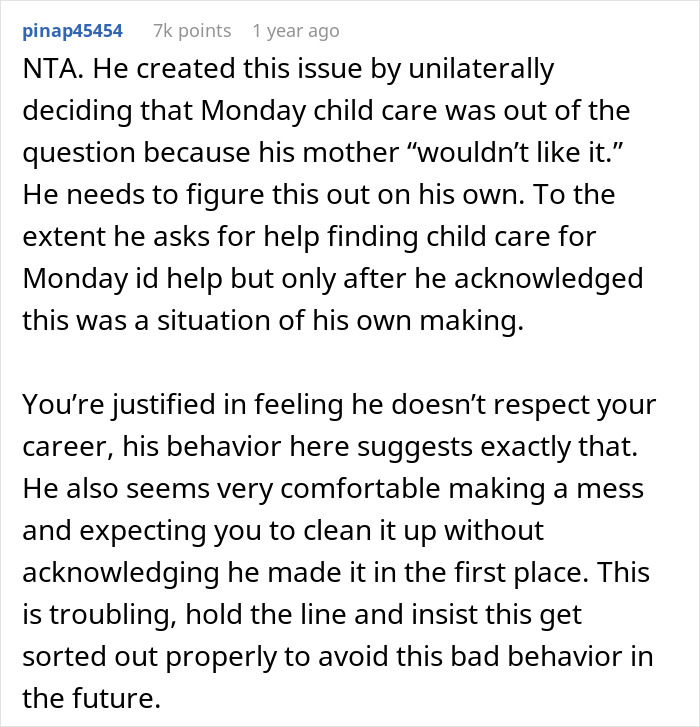 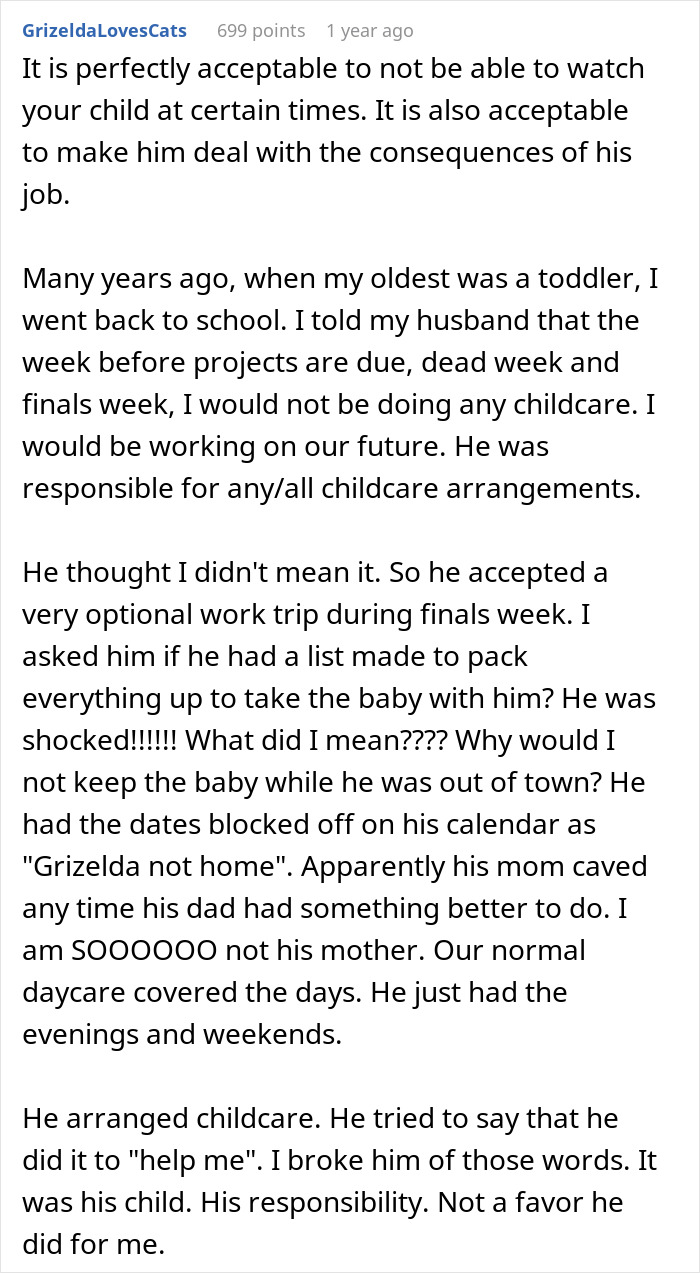 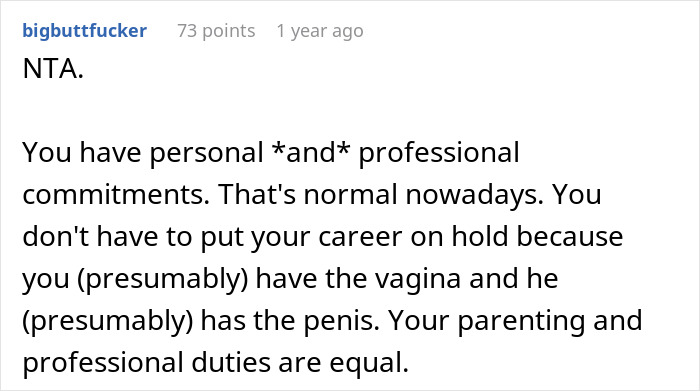 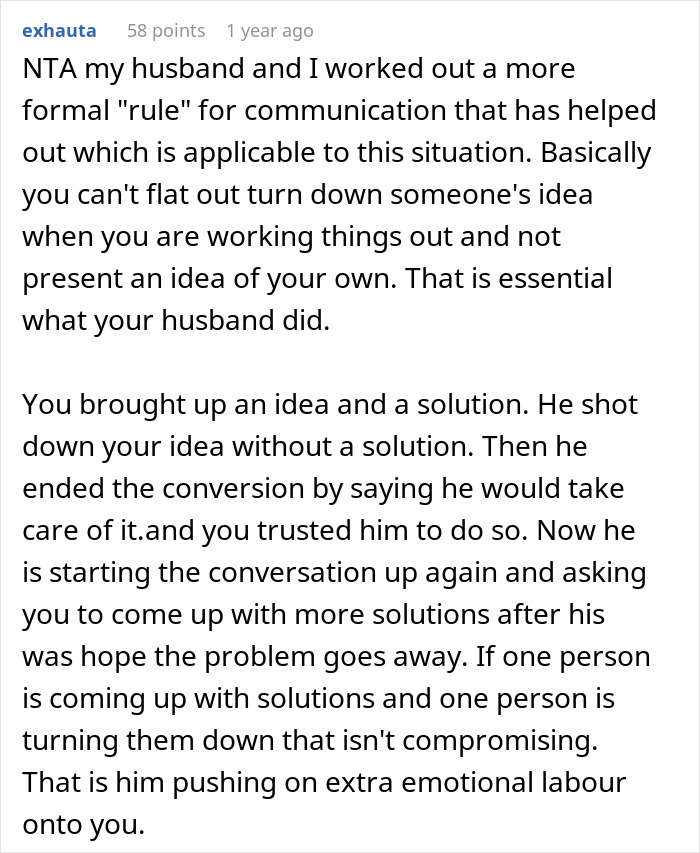 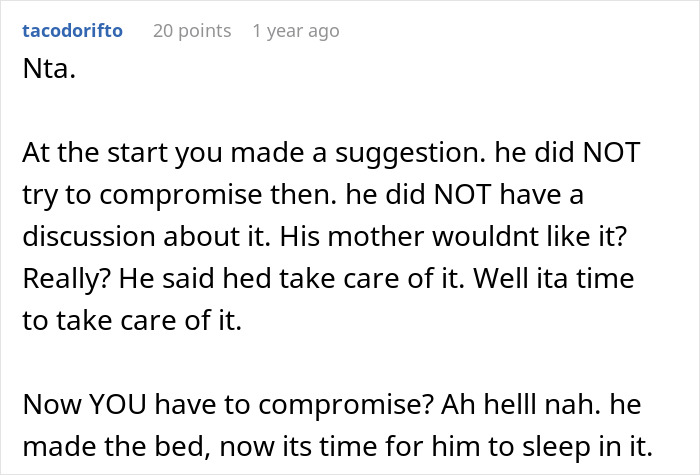 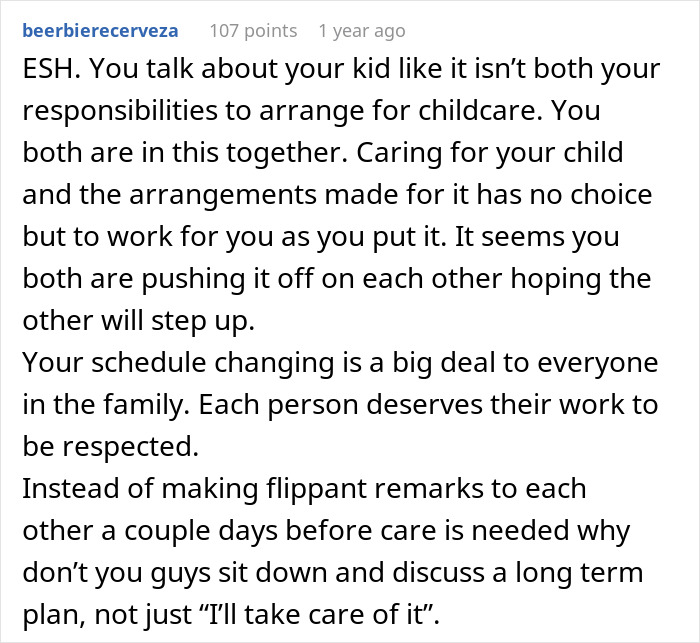 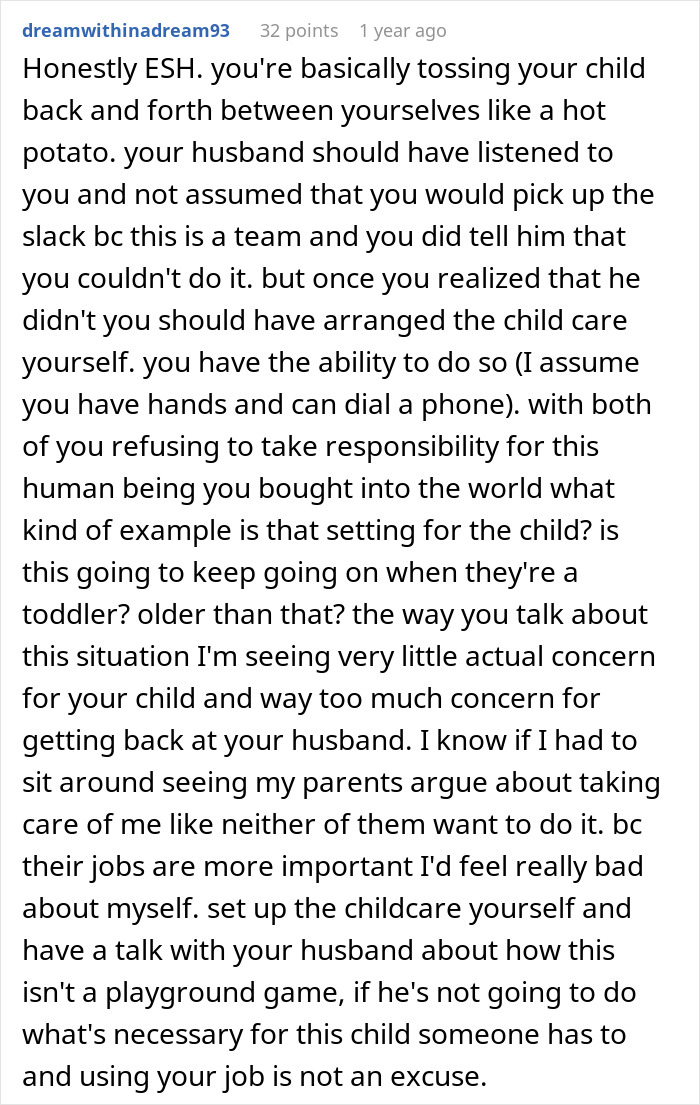 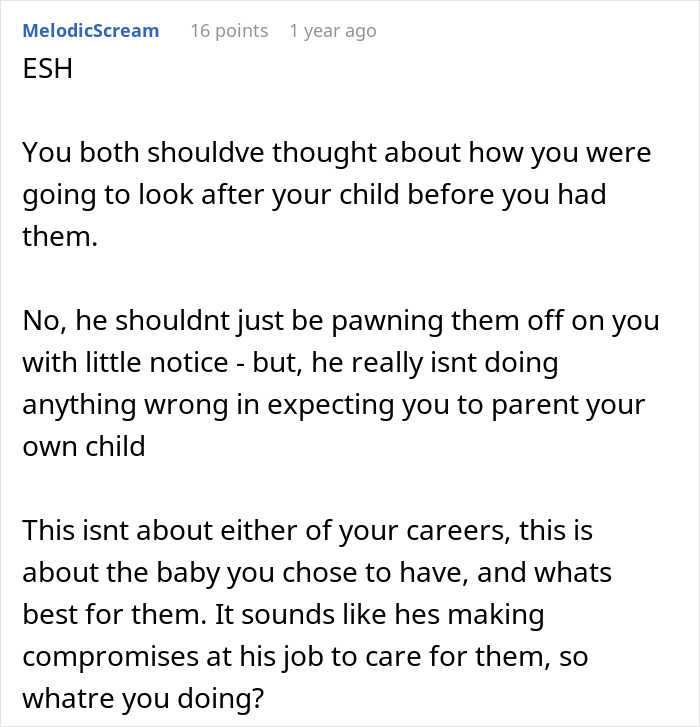 The post “His Mother Wouldn’t Like It”: Husband Refuses To Hire A Nanny, Expects Working Wife To Care For Baby, Sparks Outrage first appeared on Bored Panda.