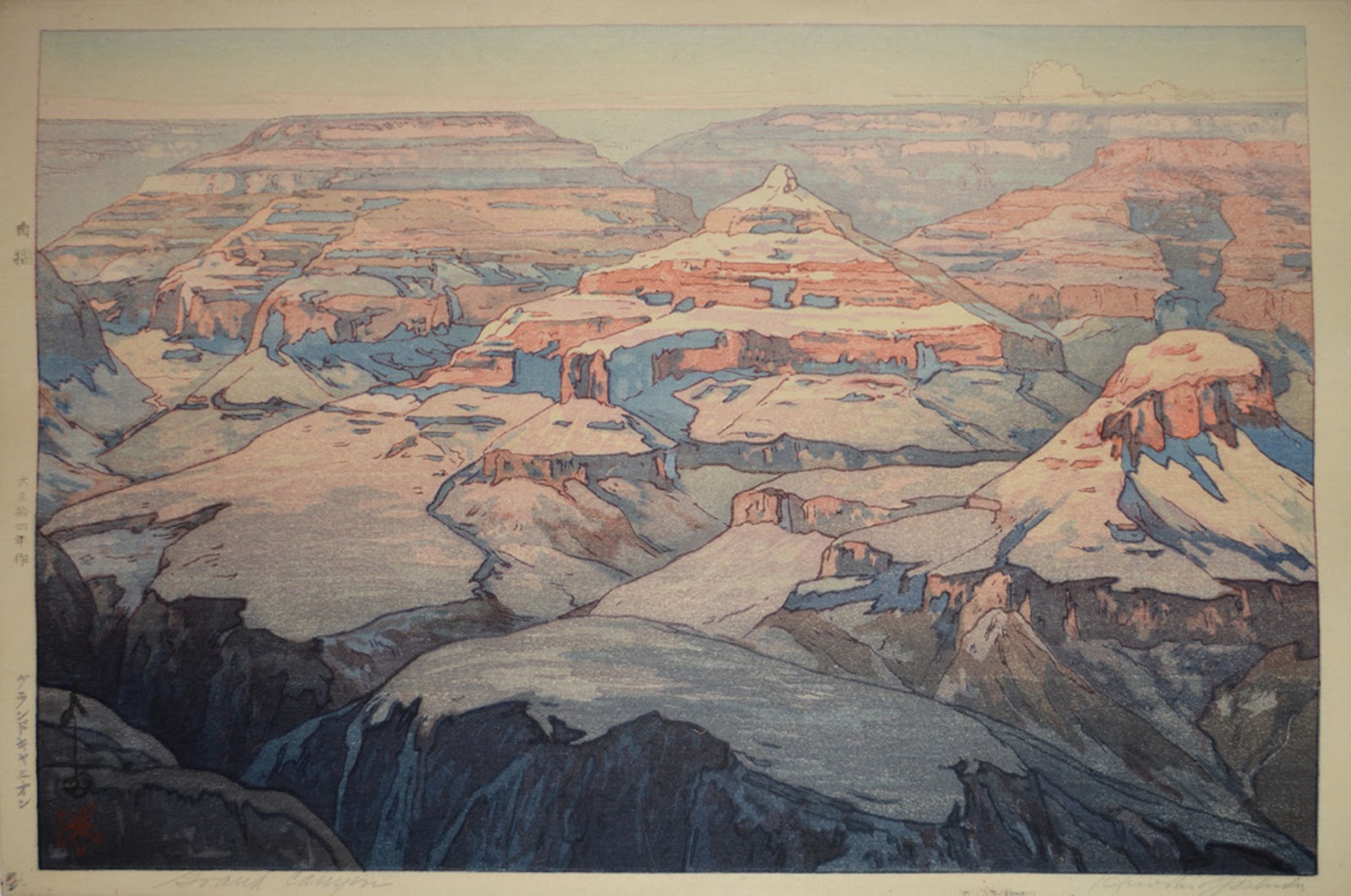 The view of the Grand Canyon currently on display at Ronin Gallery is breathtaking. Done in soft shades of blue and salmon, it mixes the realism of the European school of painting with the graphic elegance of Japanese woodblock printing. It looks like a woodblock print, of course, because that’s what it is, though an extraordinarily detailed one. It is just one view of the world as seen by Hiroshi Yoshida, a Japanese artist and tireless world traveler who made printmaking his medium from the early 20s to the early 40s. He traveled through Europe, North America, North Africa, and Asia, painting and creating designs for new prints wherever he went. The Grand Canyon is joined by other wonderfully rendered vistas of the Taj Mahal, the Alps, Mt. Fuji and many other famous locations in Hiroshi Yoshida: Worldly Visions, which features a collection of first-edition prints by Yoshida. 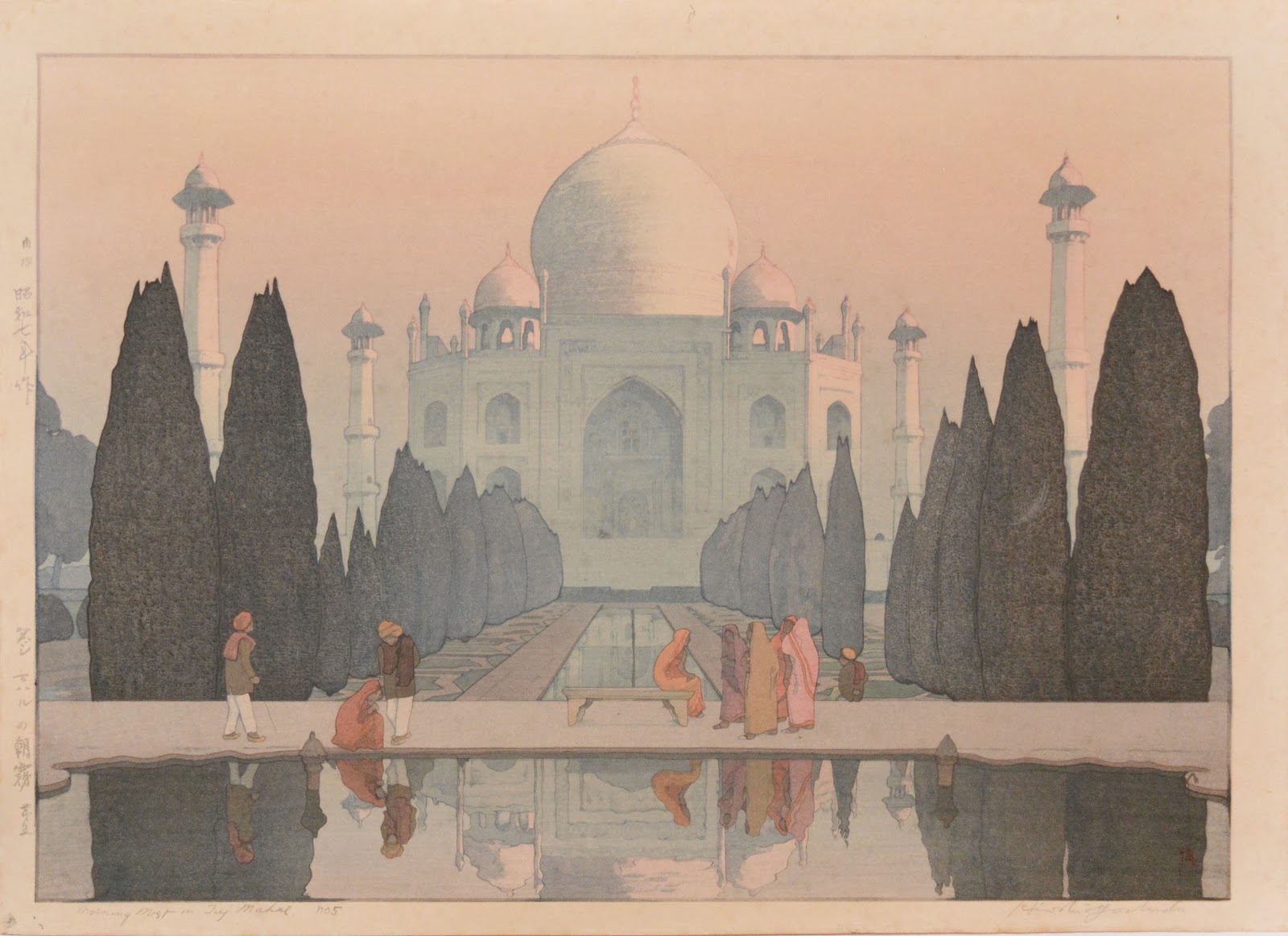 “Yoshida is, for the early 20th Century, one of the top two artists that did landscape prints. Yoshida and Hasui Kawase revitalized the traditional Japanese landscape print,” says Roni Neuer, co-founder of Ronin Gallery. “What makes Yoshida unique, if you look at his prints, is that they have almost a watercolor sort of quality. It has an impressionist look,” she adds. Indeed, it’s hard to look at his work and not reflect on the fact that he began his career as a painter, working in watercolor and oils, and studied painting in Europe as a young man. Each of his landscapes has a certain soft, fairytale-like dreaminess coupled with a vividness that makes you feel as though you could step inside the scene. His prints could require as many as 28 or even 30 cherry wood blocks to make. 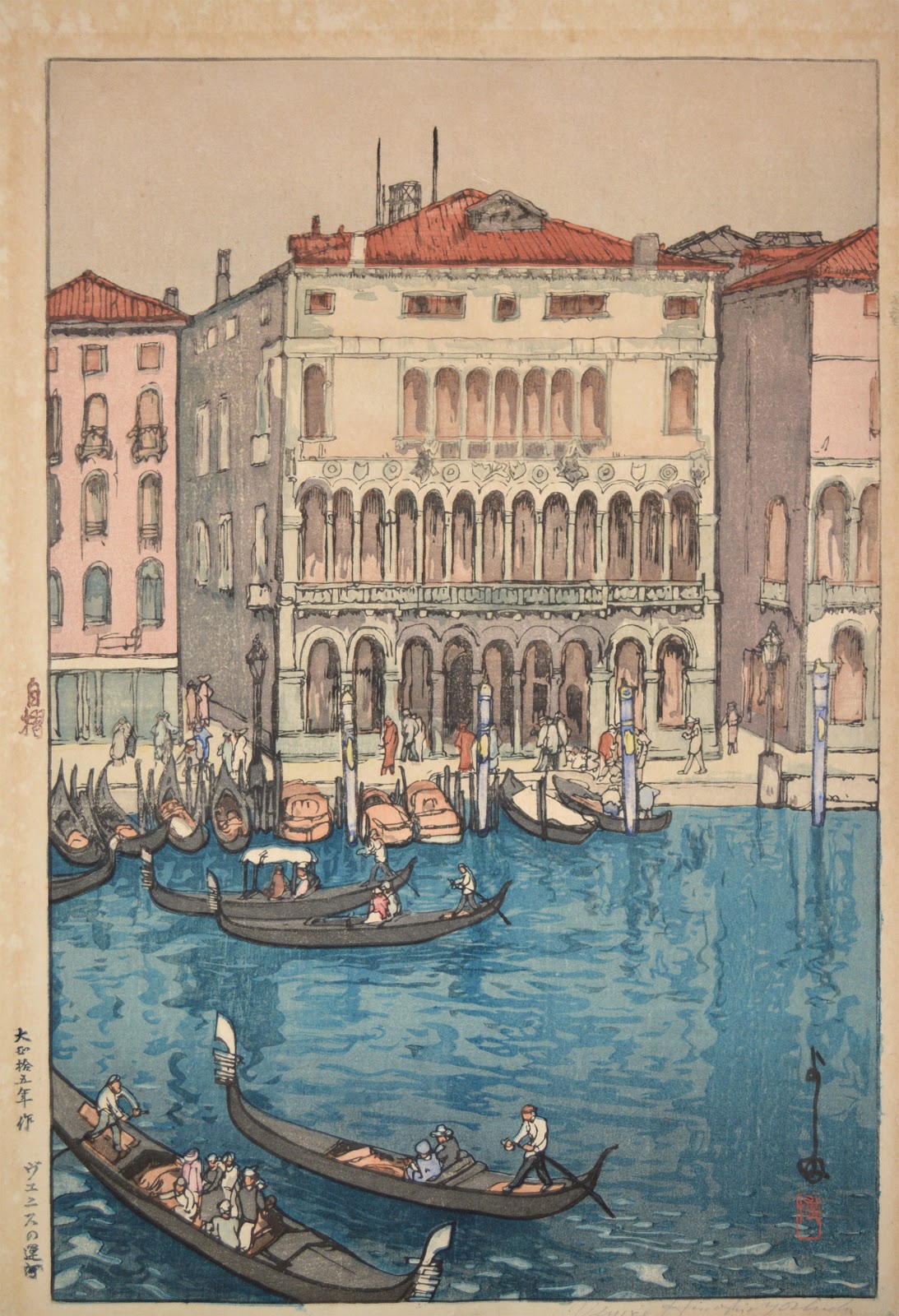 Yoshida created his first woodblock print at the age of forty-four. “I think it was his love of the traditional technique of Japanese woodblock printing,” Neuer says, of what drew Yoshida to the form. “It was a time in Japan when woodblock printing was seen as a kind of secondary art form,” she explains. Some Japanese artists chose to embrace the tradition of woodblock printmaking that flourished from the 17th through the 19th centuries as a rebellion against the encroachment of Western influence on Japanese culture, and a way of celebrating that which was uniquely Japanese. This early 20th century revival was known as the shin hanga, or “new print” movement.

Though he is considered a shin hanga artist, Neuer describes Yoshida as a bridge between the shin hanga and the sosaku hanga, or “creative print” movement. Printmakers of the sosaku hanga movement did everything themselves, from designing a print to carving the blocks to the actual printing. They also departed from traditional subjects and style and often experimented with unusual formats in terms of size. Yoshida is connected to this movement, because he involved himself directly in every aspect of the printmaking process. Rather than turning his designs over to a publisher, he created his own printmaking workshop so that he could supervise every step in the creation of his prints, something that was no doubt necessary to produce the extraordinary works for which he is known. Running his own shop also gave him the freedom to experiment with prints in non-standard sizes, some of them quite large.

Hiroshi Yoshida was a traditionalist who threw out the rule book; a romantic with a keen eye for the world as it is, as adept at portraying an idyllic mountain shrine in Japan as he was at capturing the dusty quality of the light at a busy market in Morocco. The mixture of modern and classic Japanese aesthetics in his work made him popular first with collectors in the United States and Europe, and only later in Japan. His work sits at a crossroads between the East and the West, the old and the new, the traditional and the revolutionary. Perhaps these complexities, combined with the sheer beauty of his images, are why his work continues to fascinate and inspire almost a century later. See more of his prints below: 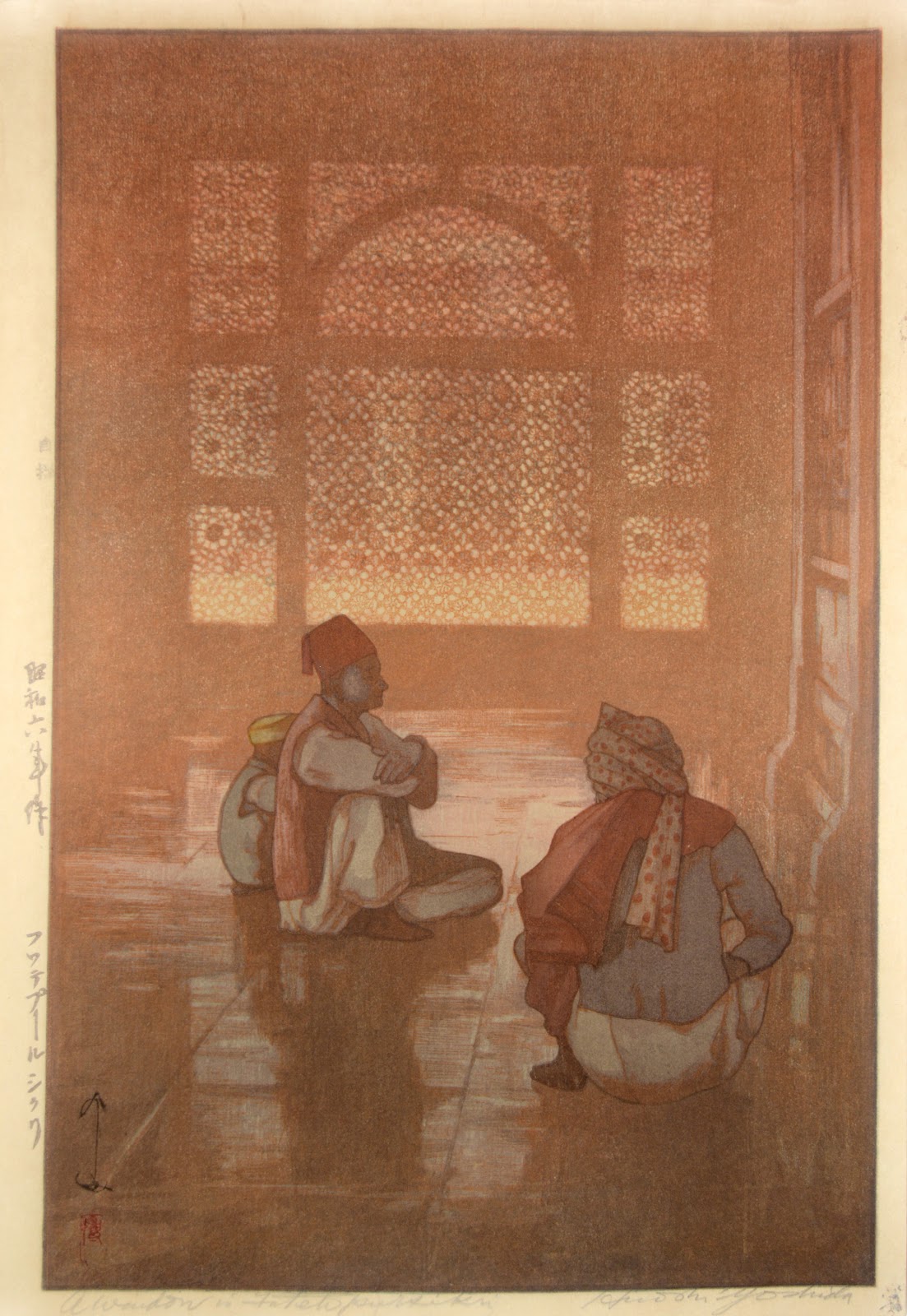 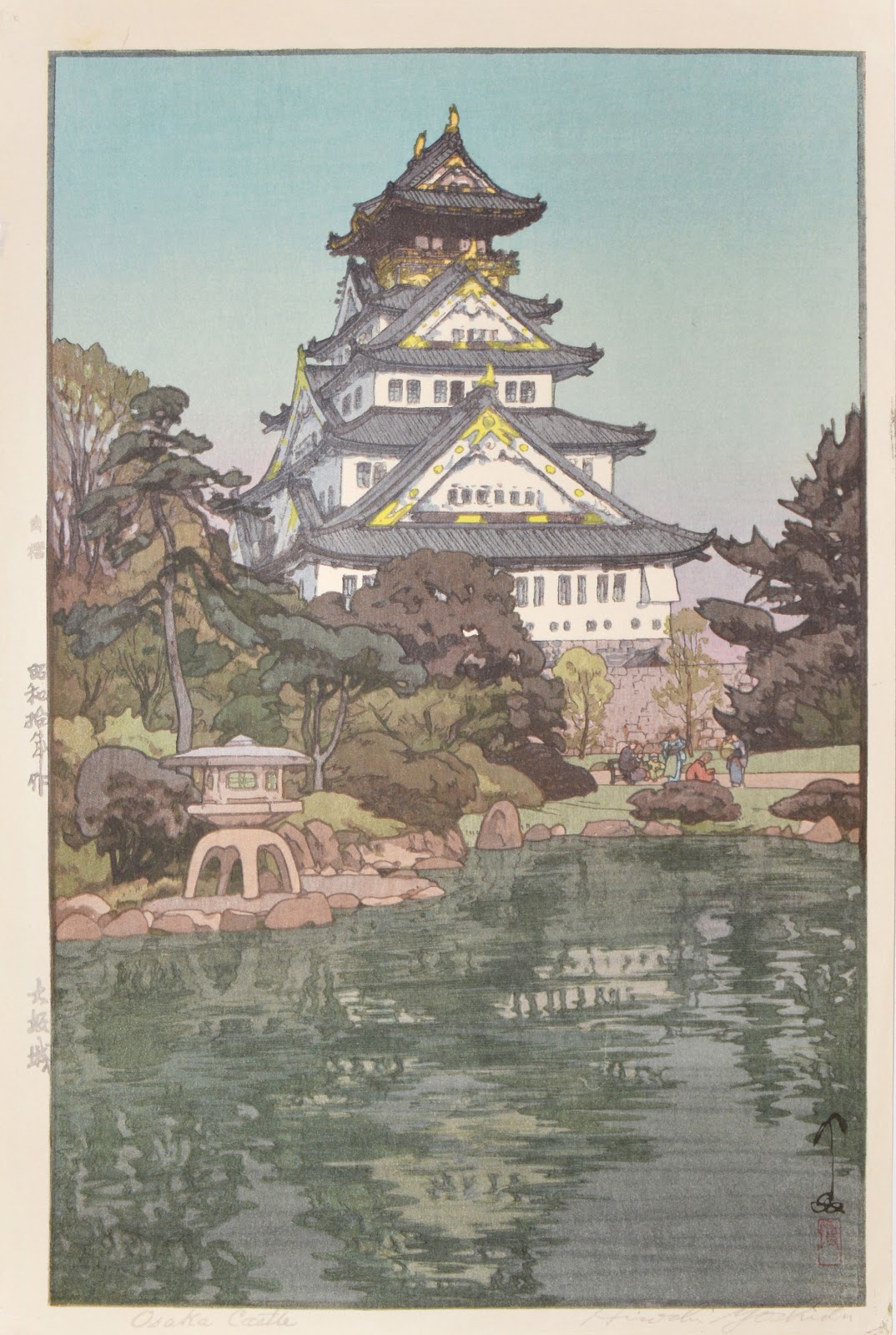 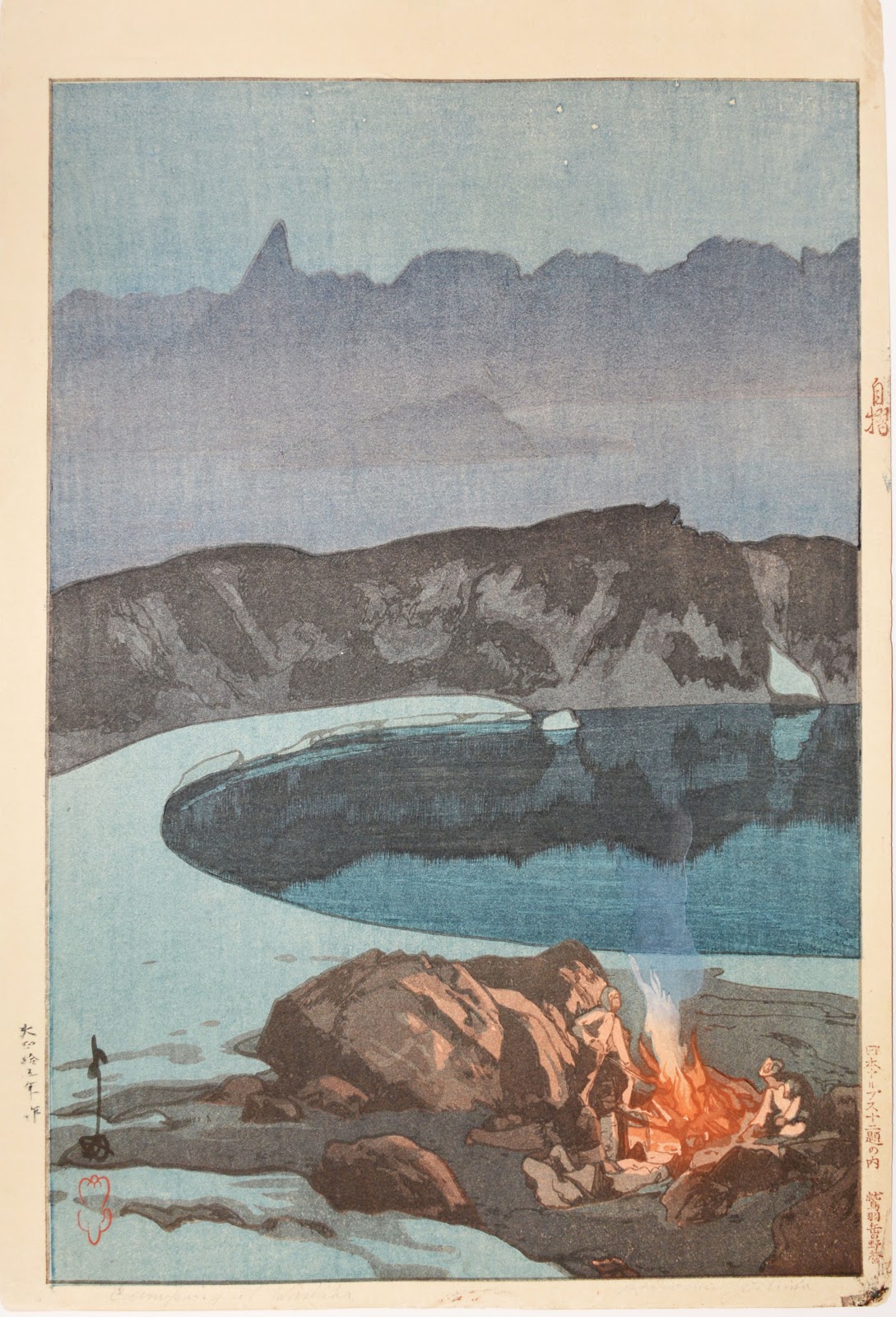 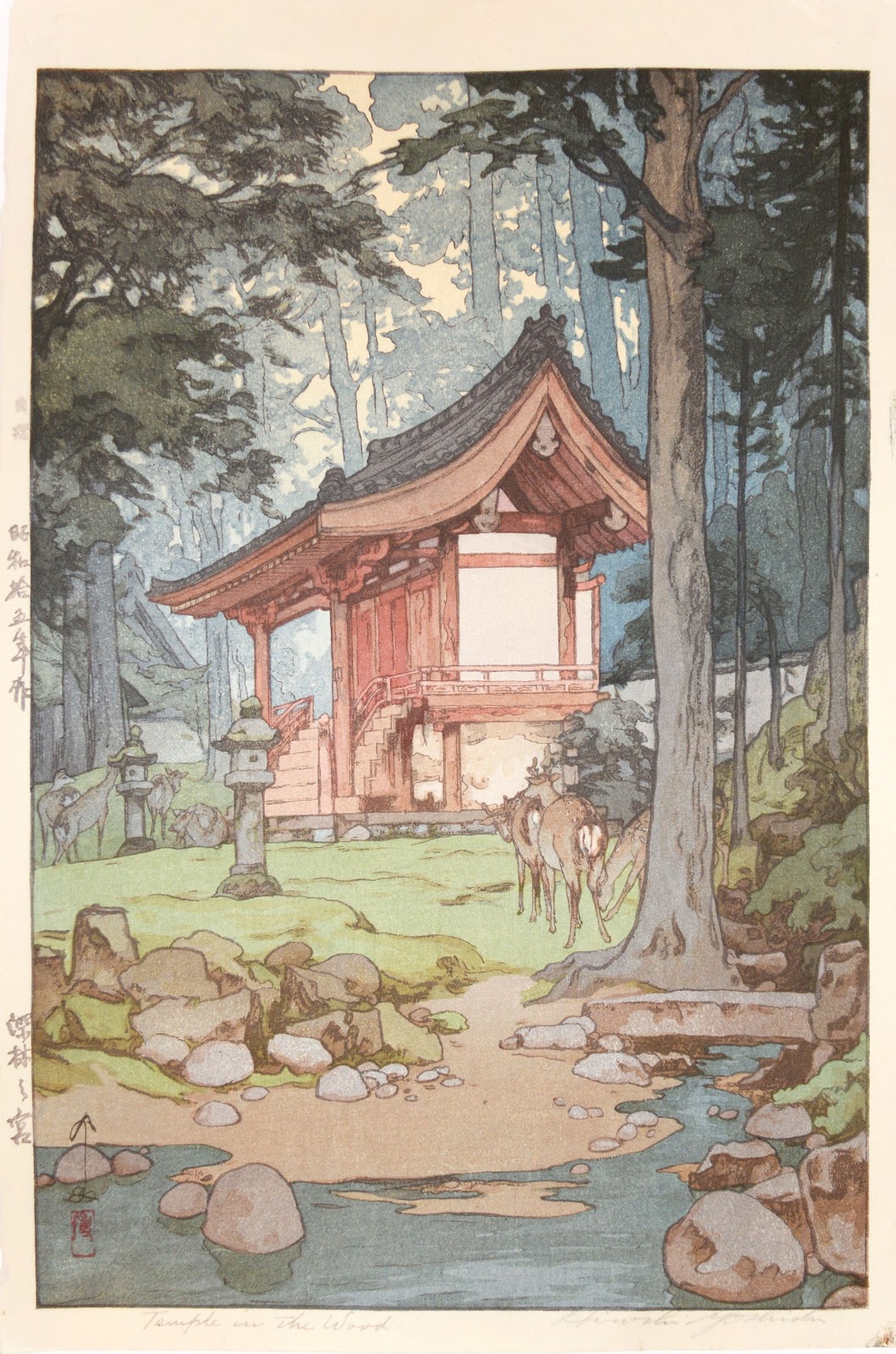 Hiroshi Yoshida: Worldly Visions will be on view at Ronin Gallery until February 25. See more of Yoshida’s prints from the exhibit at the Ronin Gallery website.

Nature Is Perfectly Miserable in These Rare Japanese Woodblock Prints

Life and Death in Intricate Black and White Prints