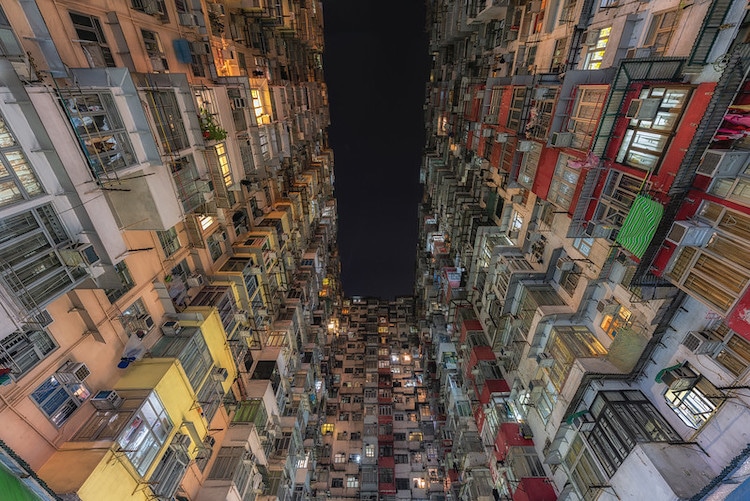 As one of the most densely populated places in the world, Hong Kong has built up an architecture to meet the demands of its citizens. This has led to cramped high-rises that bring visions of tiny living spaces. Travel photographer Dietrich Herlan focused his lens on the incredible, eclectic architecture that packs Hong Kong in his series Urban Density.

Tilting upward, Herlan’s framing gives a sense of awe and wonder that is counterbalanced by a tinge of claustrophobia. There’s no judgment in his work; Herlan simply explores the shapes, symmetries, and colors that this tapestry of architecture has created. By also including creative recreational areas, like a colorful basketball court built on top of a parking garage, he winks at the great lengths the population must go through to serve their needs.

In stark contrast to Herlan’s work photographing street vendors in Vietnam, where the focus is on singular figures without distraction, Urban Density is all about the architecture. The concrete jungle is on full display—no humans in sight. Depending on your perspective, this either makes for a post-apocalyptic mood or pays homage to the lines and shapes of the urban environment.

Either way, Herlan’s glimpse of Hong Kong’s exteriors provokes even more questions about what’s going on inside the walls. Are they filled with coffin cubicles? Or do they magically open into living quarters that are unexpectedly spacious? What does it feel like to live in one of these high-rises? One thing is certain, whether the buildings are colorfully cobbled together or exude a minimal, Brutalist quality, they’re utterly unforgettable. 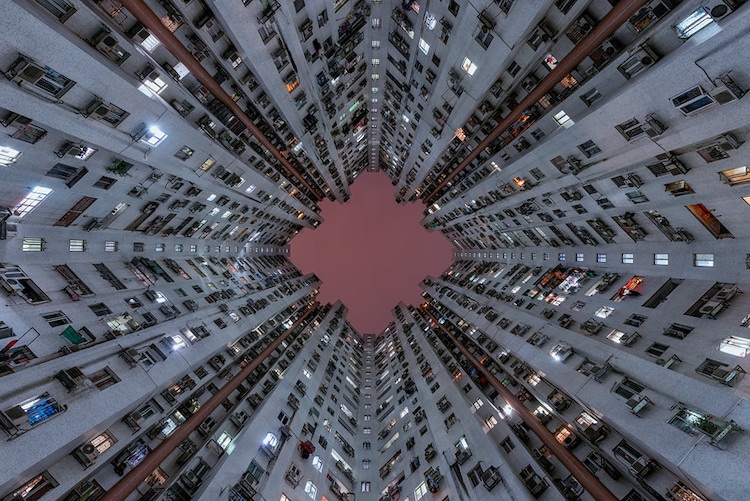 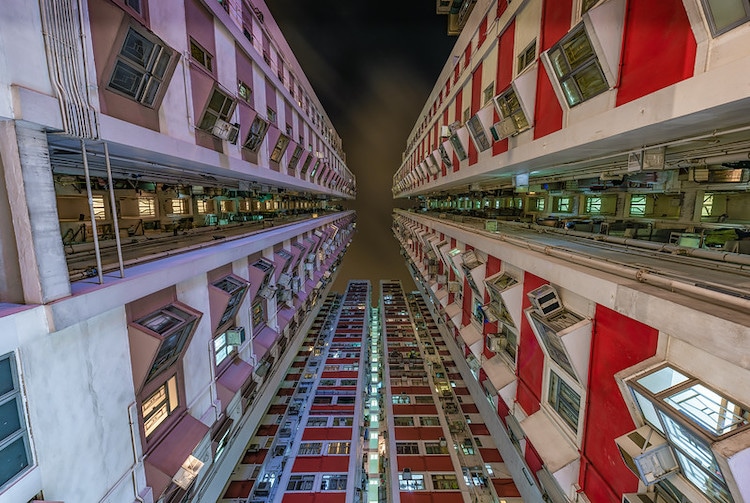 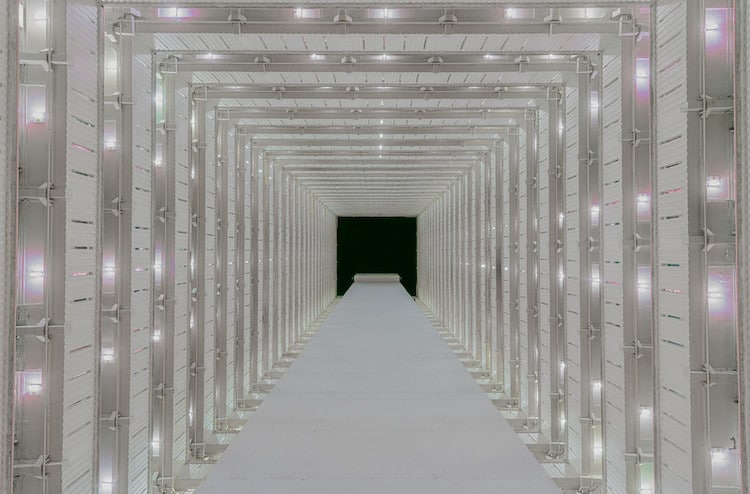 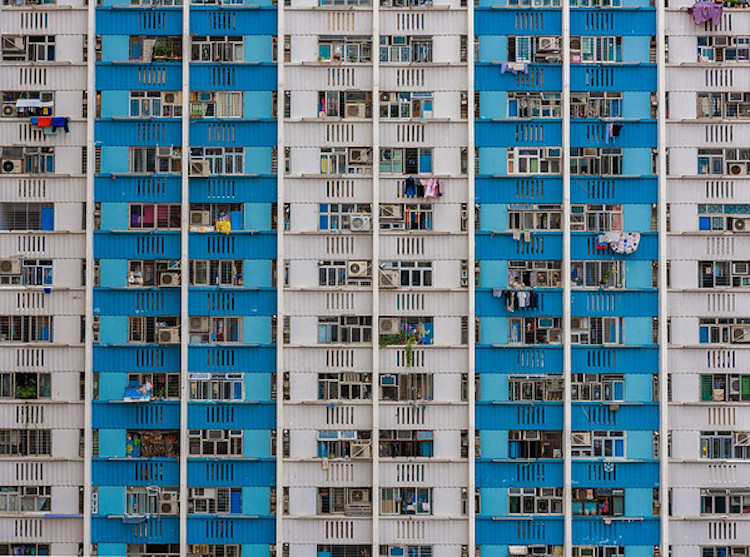 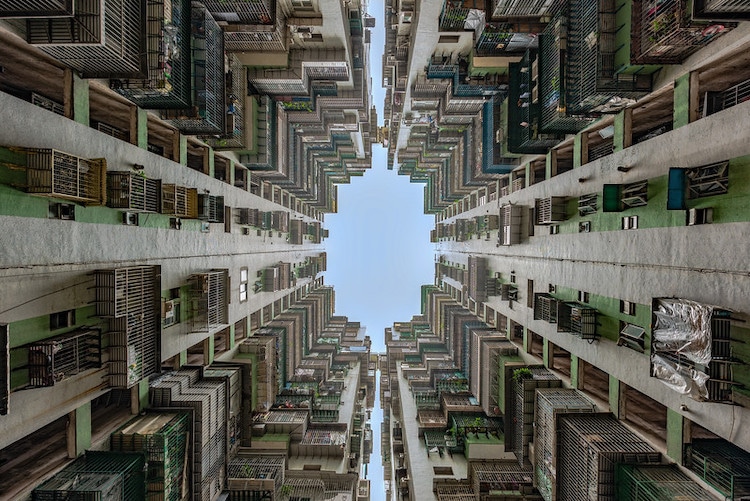 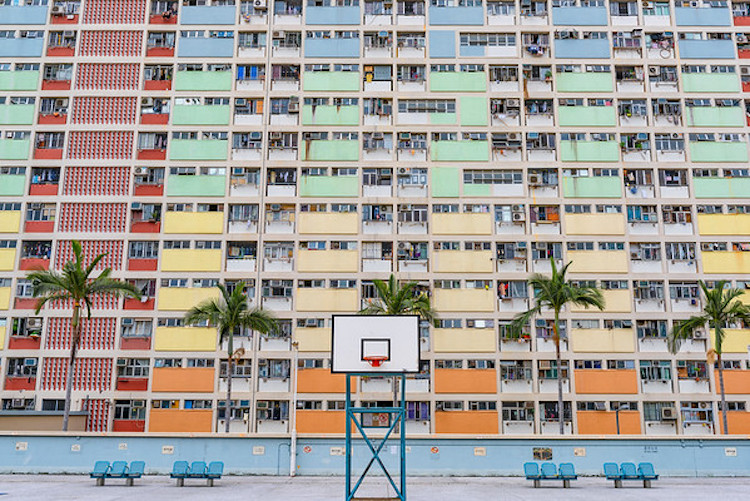 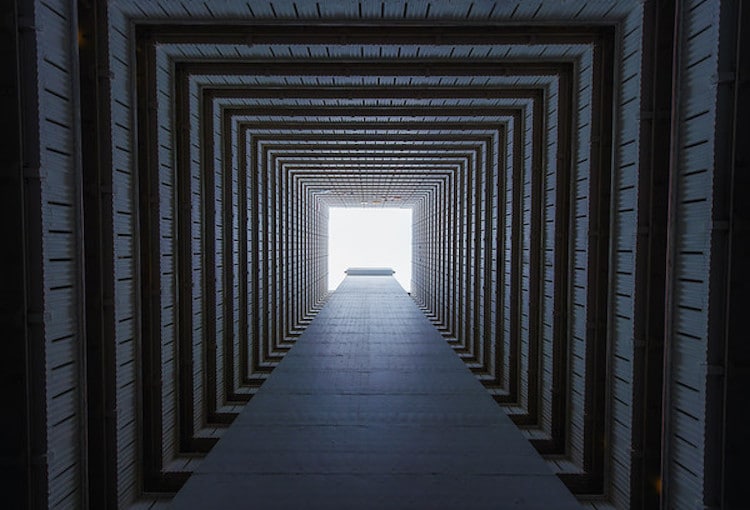 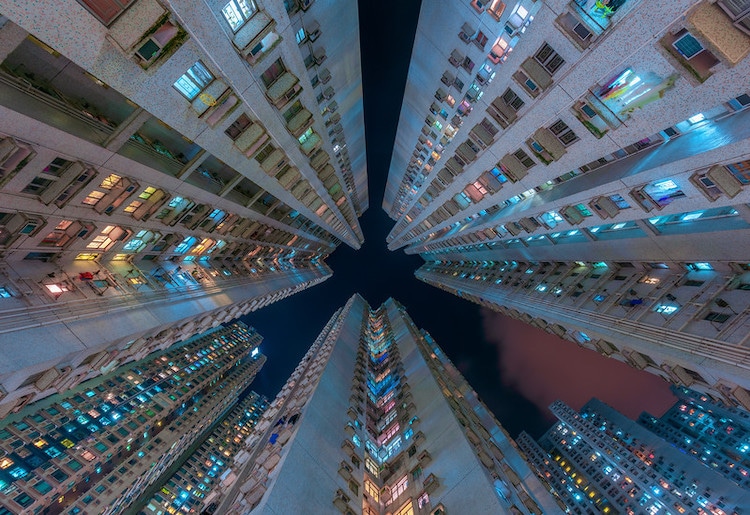 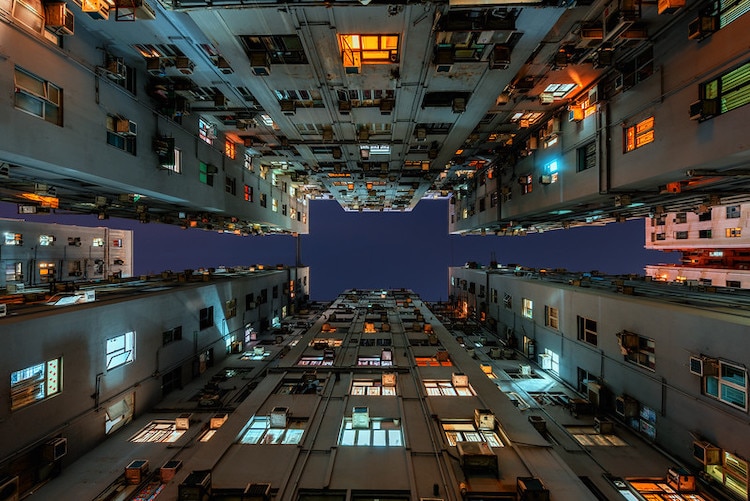 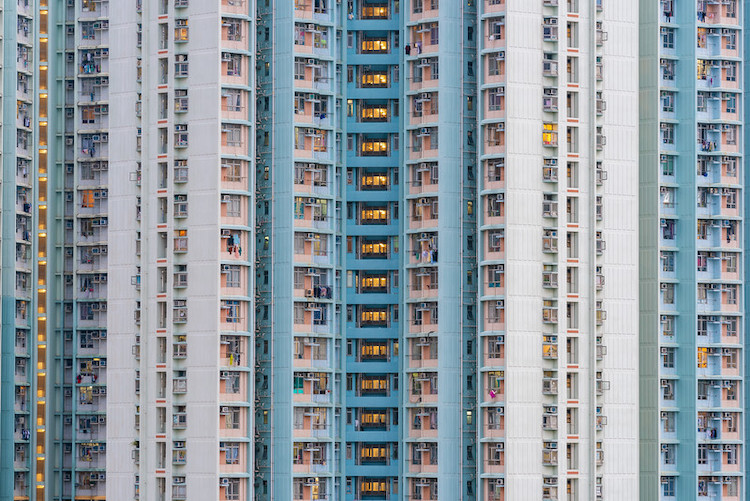 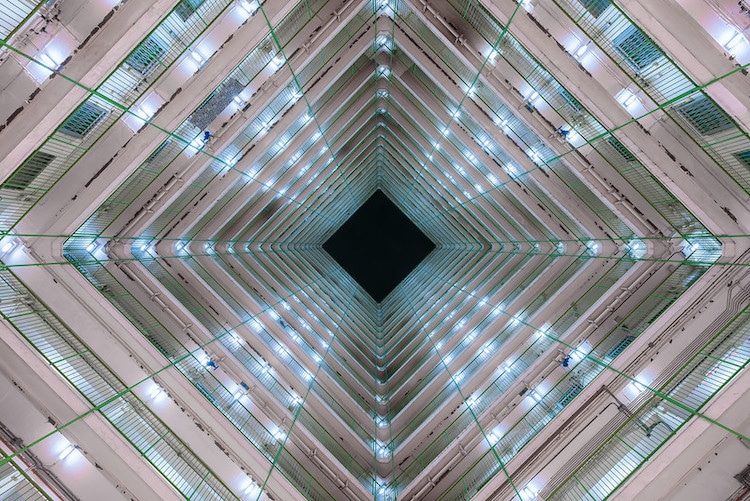 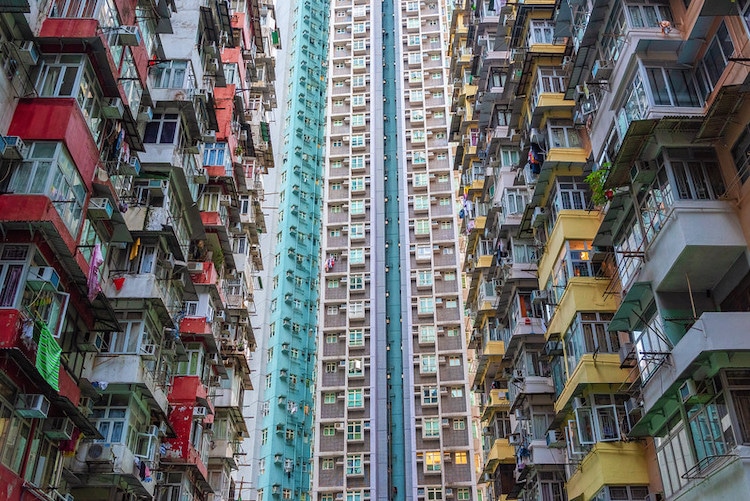 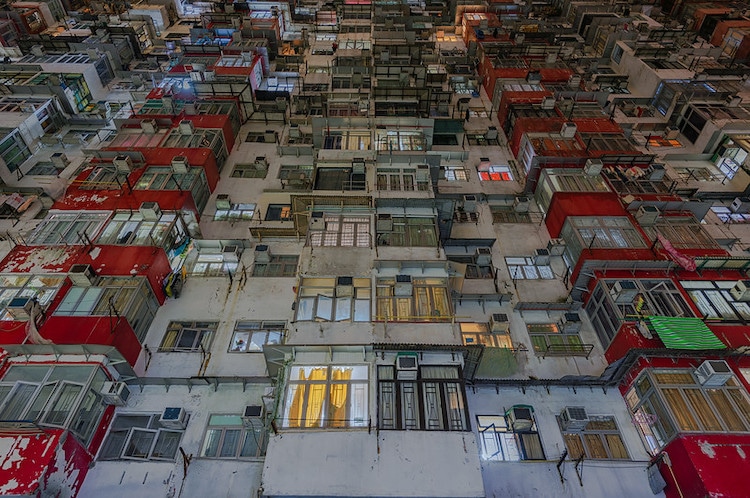 My Modern Met granted permission to use photos by Dietrich Herlan.

The post Hong Kong’s Densely Populated High-Rises Viewed from Below appeared first on My Modern Met.