Before steam locomotives became mainstream, railways were driven solely by muscle power, usually horses. These beasts of burden pulled wagons full of coal and ores from mines to the docks over fixed rails made of wood or iron. At one point, these so called wagonways had become the principal means of transporting coal from major collieries across Europe.

In 1827, shortly after the South Carolina Canal and Railroad Company was founded, the company ran a competition for horse-powered locomotives, and a prize money of $500 was offered for the best machine to be demonstrated. The competition was won by the most peculiar design. Built by American engineer Christian Edward Detmold, the locomotive called the Flying Dutchman consisted of a single carriage at the center of which stood the horse on a treadmill. The horse was flanked by either side with benches facing outwards. When the horse walked on the treadmill, the power generated was transferred by a series of gears to the wagon’s axels moving the contraption forward. 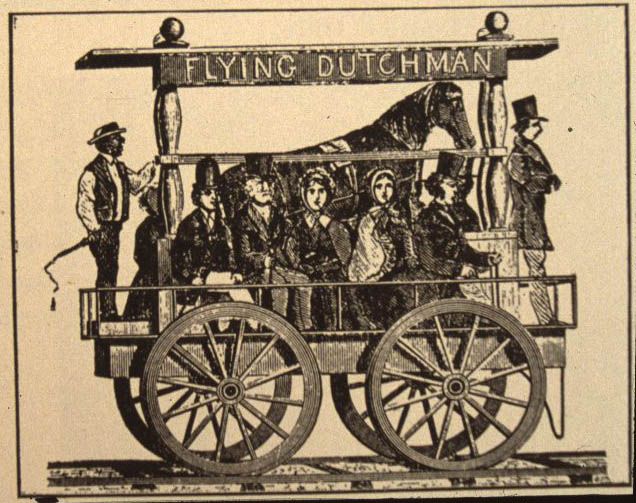