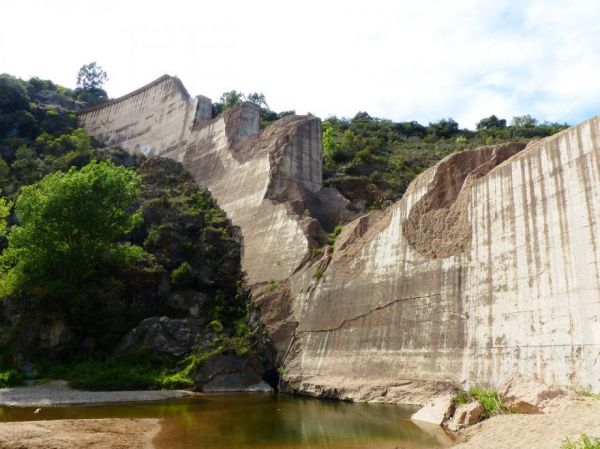 The Malpasset Dam in France was built in the 1950s to regulate the Reyran River, which was dry most of the year, but carried torrents of water in the winter and spring. Experienced dam builder André Coyne was in charge of the project, which was completed in 1954. It took five years for the reservoir behind the dam to fill, but on December 2, 1959, the last few meters filled quickly. Officials decided not to open the spillways because that would interfere with a nearby road-building project.

Later that night, the thin walls of the dam collapsed under the massive weight of the water and a huge wave swept through the valley, destroying all structures including houses, roads, railway lines, telephone and electricity network all the way to Fréjus. Large chunks of concrete, from the breached dam, some weighing up to 600 tons, were found more than a mile away. Over 400 people perished and 7,000 were left homeless. André Coyne, the dam’s chief engineer, was deeply affected by the tragedy. He died less than a year later.

The major takeaway from the disaster was that it was important to adequately understand the geology of the rocks over which a dam was to be constructed. But the most immediate consequence of the dam failure was the laying down of a law that legalized marriage with a dead partner.

Why that happened is a story you’ll need to read at Amusing Planet. -via Strange Company

On the Anniversary of the Warsaw Ghetto Uprising, Recalling the Hope It Offers