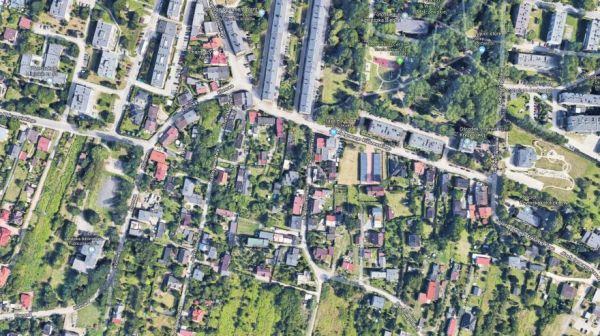 Insurance companies rely heavily on data to predict future risk. A recent experiment by Łukasz Kidziński at Stanford University in California and Kinga Kita-Wojciechowska at the University of Warsaw in Poland tested predictive algorithms for auto accidents by collaborating with an unnamed Polish auto insurance company. Data from 20,000 insurance customers had already been mined thoroughly by the company, using demographics to predict future accidents. Could the researchers find a better way?

To find out, the researchers entered each policyholder’s address into Google Street View and downloaded an image of the residence. They classified this dwelling according to its type (detached house, terraced house, block of flats, etc.), its age, and its condition. Finally, the researchers number-crunched this data set to see how it correlated with the likelihood that a policyholder would make a claim.

The results are something of a surprise. It turns out that a policyholder’s residence is a surprisingly good predictor of the likelihood that he or she will make a claim. “We found that features visible on a picture of a house can be predictive of car accident risk, independently from classically used variables such as age or zip code,” say Kidziński and Kita-Wojciechowska.

When these factors are added to the insurer’s state-of-the-art risk model, they improve its predictive power by 2%. To put that in perspective, the insurer’s model is better than a null model by only 8% and is based on a much larger data set that includes variables such as age, sex, and claim history.

While the results are impressive, and somewhat uncanny, they are also disturbing. Who is looking at your house now? And what can they predict from (in my case) a 12-year-old Street View picture taken before I moved here and remodeled? Read about the research at MIT Technology Review.  -via Digg

Rating How a Google Street View Image of Your House Predicts Your Risk of an Auto Accident is 5.0 / 5 Votes: 1
Please wait...
Loading...
Related articles