“It is far better to face the bullets than to be killed at home by a bomb,” proclaimed a British Army recruitment poster publicized during World War 1. The poster was alluding to air attacks that Britain was being subjected to.

At the start of World War One, Britain found itself totally ill-prepared to deal with the threat from enemy airships called Zeppelins, which are practically large bags filled with hydrogen gas. Floating at thousands of feet, Zeppelins could turn off their engines, and drift silently among the clouds carrying out surprise attacks. For the very first time, civilians were under threat. 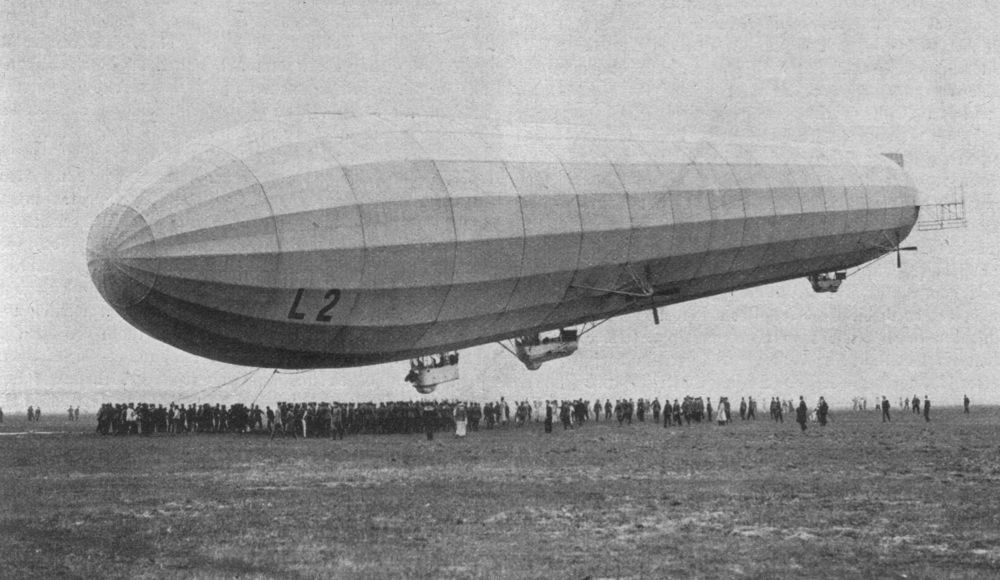 The German Zeppelin LZ 18 at Berlin-Johannistal, 1913.