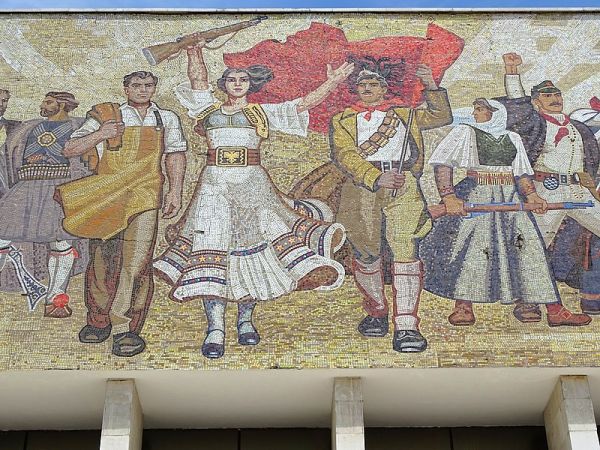 It was 1990 and across Eastern Europe, communist governments were collapsing. Albania had had a rough go of it even by Cold War standards because it had split from the Soviet Union in the late 1950s and aligned itself with China. Then China distanced itself from Albania in the early 1970s, leaving a deeply isolated nation with no allies and few friends. Albania had a bunker mentality in the most literal sense possible.

Atlas Obscura tells us that in 1990, the communists knew that the end was near and that their government would fall. It was necessary to get rid of documents detailing their crimes that had accumulated during 46 years of tyranny and murder.

Paper shredders were not available, so government officials liquefied the incriminating files with water and the mixing machines used to knead dough. Once the documents were reduced to a slurry, they were surreptitiously dumped in rivers and in the countryside.

29,000 files were turned into this uncooked dough, leaving only about 10% to survive the democratic revolution of 1991-1992 to the present day.