Percival Lowell, the American astronomer whose name bears an observatory in Arizona, made several very significant observations of the planets. His biggest contribution being the hunt for Planet X beyond the orbit of Neptune. Although his search was unsuccessful, Pluto was eventually discovered near the place Lowell had predicted the missing planet would be, using the very observatory Lowell founded to study Mars.

The red planet fascinated Lowell, and it was his observations of Mars and the inference he drew from it for which Lowell is remembered the most. Lowell was convinced that there are intelligent beings on Mars, for he could see through the telescope a maze of canal like structures on the surface of the planet. The astronomer theorized that an advanced civilization indigenous to Mars built the canals to bring water from the polar ice caps to the equatorial region in a last ditch attempt to survive in an inexorably drying planet. 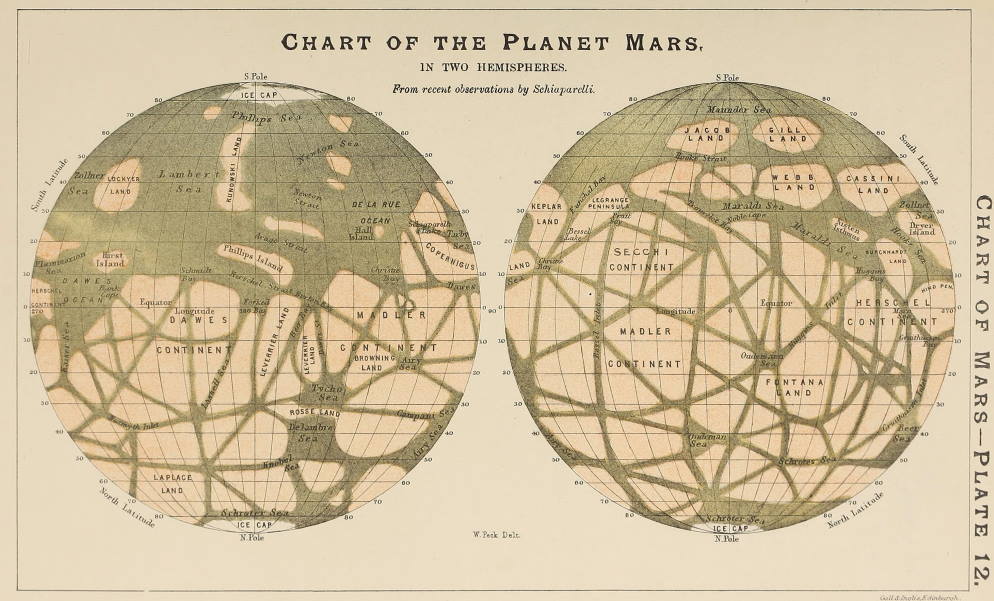 A map of Mars drawn by Italian astronomer Giovani Schiaparelli in the 1880s, showing waterways on the planet’s surface. It was Schiaparelli who first proposed the canal theory. From the book “A Popular Handbook and Atlas of Astronomy” by William Peck, 1891.