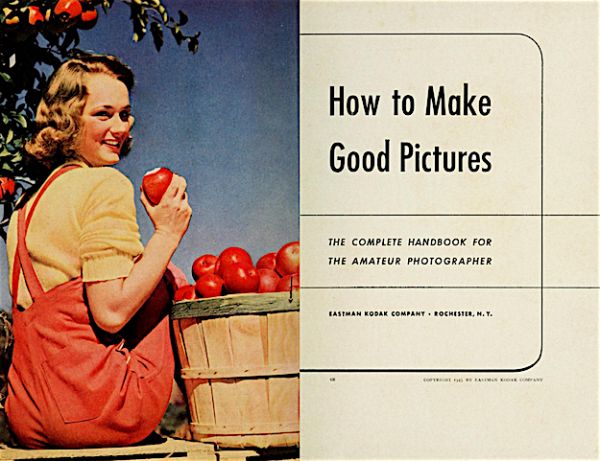 The history of photography goes back almost 200 years now. The earliest  photographic images look pretty primitive to us now, but they were surely miracles in their time. As technology advanced, what was considered a “good” picture had a lot to do with the equipment. Eventually,  cameras became affordable enough for lots of people to own one. But to get a “good” picture, you needed to take lessons, or learn from your mistakes, which was expensive when film had to be purchased and then processed. Photography, and photo critique, is quite different now that almost everyone has a state-of-the-art digital camera in their pocket. Kim Beil, author of the book Good Pictures: A History of Popular Photography, explains how our view of “good” pictures has changed.

A second type of failure concerns effects that largely began as mistakes produced by legions of amateur photographers shooting pictures with their new, boxy, Kodak cameras, which made their debut in 1888. Foremost among these failures were motion blur and lens flare. Once upon a time, both were frowned upon by the authors of the “How to Make Good Pictures” books. Thus, a blurry background while trying to capture a moving object, or a blurry object moving across an in-focus background, were considered mistakes that a few simple techniques could help you correct.

“Intention is central to the way I think about art, and maybe even how we define it,” Beil agrees. “Take lens flare: I think the power of lens flare comes from its initial unintentional use by people who were just taking casual pictures without any premeditation, without much intention.” In these sorts of photographs, Beil says, lens flare was an amateur mistake that conferred “a kind of authenticity to an image.” That’s why advertisers find lens flare so appealing. “Because we still associate it with authenticity,” Beil says, “it makes an advertising photo seem more real, maybe even spontaneous.”

Today, lens flare is so widely used, so intentional, that billions of smartphone cameras offer multiple variations of this former failing in the form of filters, which can be activated with a click or a swipe. “Everything can be achieved and there are no more accidents,” Beil says of photography in the 2020s, “so photographers look to things that happened before to reinsert some kind of authenticity into their pictures.” Thanks to technology, photographers can now pretend to take pictures as if they lacked the tools to make their pictures, well, good.

Beil also explains how we judge the photos of the past without understanding the limitations of the art. Read a history of “good” vs. “bad” photography at Collectors Weekly.