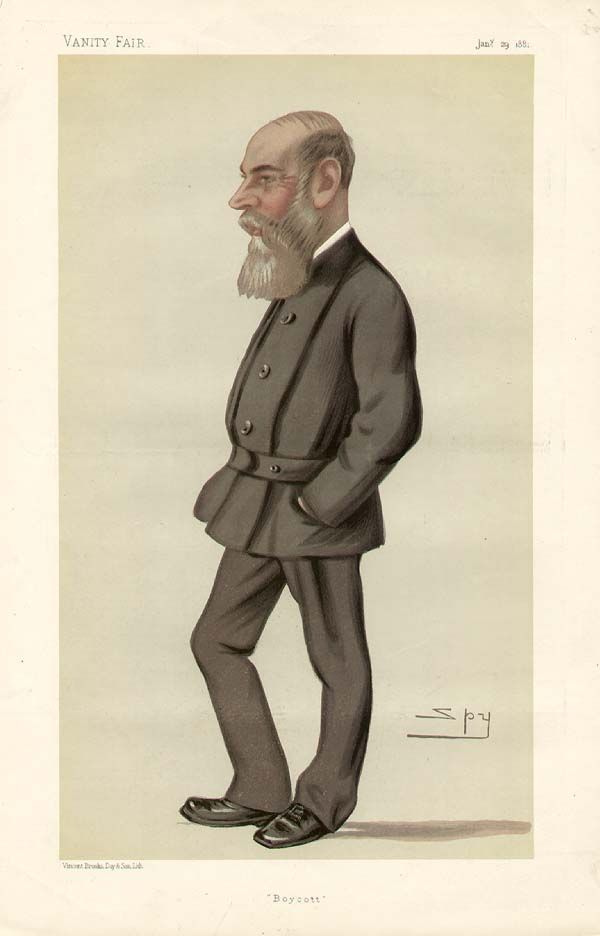 A collective refusal to do business with someone is an ancient tactic, but it finally got a name in 1880. Charles Cunningham Boycott owned some land himself in Ireland but also worked as the land agent to the 3rd Earl of Erne, who owned a large amount of land, on which tenant farmers made their living. Boycott was a ruthless landlord, levying fines against the farmers and raising their rent even in years of crop failures. The farmers formed a league for collective action in 1879. In 1880, their pleas for rent relief went unheeded, and several families were evicted from their farms.

The league then organized a personal shunning of Boycott. No one would deliver goods to his home, no one would provide services like laundry, and no one would harvest his crops. People even stopped greeting him on the street. Read how the scheme played out and how Boycott’s name became a verb we use to this day at Amusing Planet.