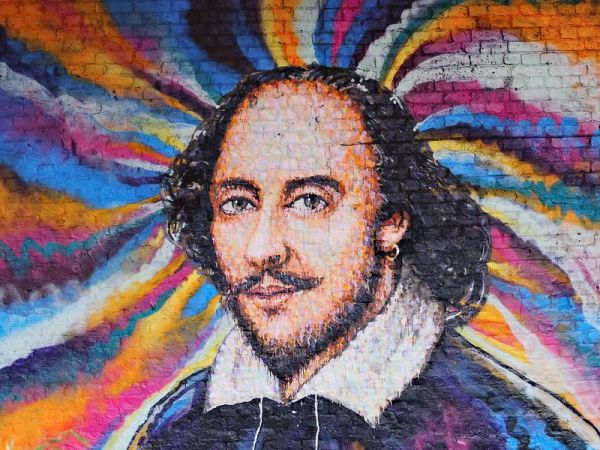 In junior high and high school, my class studied one Shakespeare play every year. The only one I recall much about was Macbeth, reserved for seniors, because it was so difficult. “Macbeth doth murder sleep,” indeed! Macbeth has long been considered the scariest of Shakespeare’s plays, as it contains ghosts, witches, murders, curses, blood, and even walking trees. Productions of Macbeth have been littered with so many accidents and fatalities that it is considered a cursed play, and thespians won’t even say its name.

But fans of Macbeth often say its freaky qualities are deeper than just the plot devices and characters. For centuries, people been unsettled by the very language of the play.

Actors and critics have long remarked that when you read Macbeth out loud, it feels like your voice and mouth and brain are doing something ever so slightly wrong. There’s something subconsciously off about the sound of the play, and it spooks people. It’s as if Shakespeare somehow wove a tiny bit of creepiness into every single line. The literary scholar George Walton Williams described the “continuous sense of menace” and “horror” that pervades even seemingly innocuous scenes.

Jonathan Hope and Michael Witmore did an analysis of the language used in Macbeth, down to individual words. Which words were used more than in other Shakespeare plays? How were those words used? They came up with the creepiest word in Macbeth, but it’s not one you would have guessed. Then they had to explain why its use made the play so unsettling, which you can read at OneZero. -via Metafilter