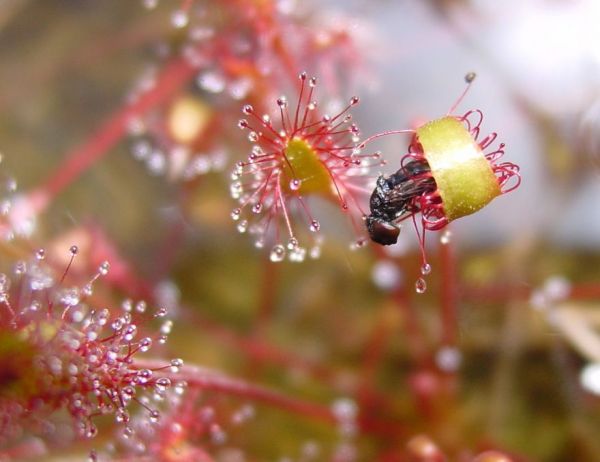 Some of the weirdest plants on earth are those that eat animals, usually insects, but also an occasional spider or slug. We are no longer astonished at this behavior, but scientists are still working out how it came about in the first place. How did plants ever evolve to eat insects? It’s hard to imagine that one day, the first plant to do so just decided to try digesting an insect and found it was good, but it must have happened somehow. There are many differences in the types of carnivorous plants, and geneticists know that this skill evolved independently in different plant families at least 12 times. They are getting closer to the mechanism that made the change.

For one thing, all carnivorous plants developed in places that were not nutritionally sound for plant growth, meaning they couldn’t get adequate nutrition in the way most plants do. While most species just died off in those conditions, those that became carnivorous discovered a new way to get those nutrients. The latest research indicates that these didn’t just change genes that allowed them to eat insects; they instead used genes they already had for new purposes. The parts of the plants that ended up making them predators were originally used in defense against insects or other perils such as microbes and toxic chemicals. Read about the research into carnivorous plant evolution and what scientists have determined so far at Ars Technica. -via Damn Interesting