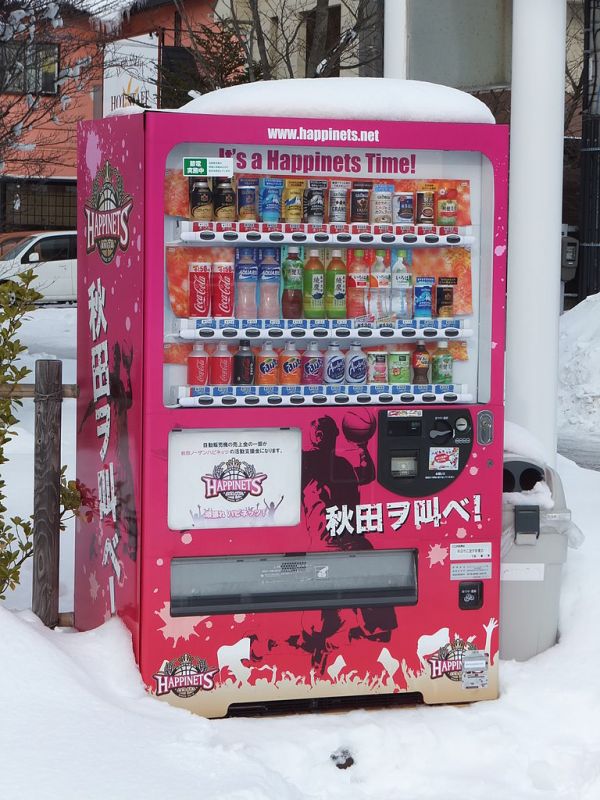 The question came from a reader, but  before answering, Daven Hiskey of Today I Found Out has to give us a history of drink vending machines, starting with water fountains that featured a common cup for everyone to drink from. That in itself is quite interesting, but eventually he begins to approach the question at hand.

This finally brings us to slightly more modern times. Ubiquitous today, with Japan having the highest number of vending machines per capita at just under 6 million (or about 1 vending machine for every 22 people), one of the most popular vending machines is the kind that dispenses life giving water-based product. For some odd reason, many of these are placed in that eerie region that exists outside of our mother’s basements known as “out of doors”. This area, which exists in a region that has no solid barriers between you and the never ending void of space, occasionally gets cold (we’re told), despite the silent glowing orb in the sky watching, judging, showering us in ionizing radiation in its efforts to destroy us all!

In other words, he doesn’t get out much. But he does give us several of the ingenious reasons that vending machine drinks don’t freeze in cold weather at Today I Found Out. Of course, your mileage may vary.

Rating How Do Sodas in Outdoor Vending Machines Not Freeze in Winter? is 5.0 / 5 Votes: 2
Please wait...
Loading...
Related articles