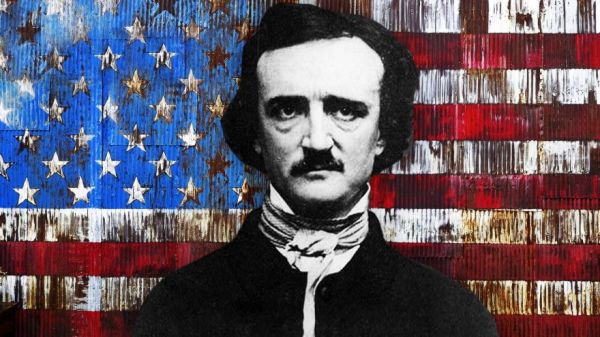 Edgar Allan Poe dropped out of college and joined the army in 1827, when the US military was small and composed mostly of poor immigrants. Enlisted men were not highly regarded, and that might be the reason Poe changed his name to Edgar A. Perry during his service. Within two years, he rose to the rank of Sergeant Major, and then made the leap to West Point.

The evidence indicates he toed the line as an enlisted man. The same cannot be said of his time at the service academy. He entered West Point in 1830 and was court-martialed and discharged the next year. Numerous tall tales have circulated about his misdeeds as a cadet: that he often passed out drunk on campus after visits to a local tavern; that he was known to start food fights with baked potatoes lobbed in the mess hall; that he showed up to drill naked except for a hat and a cartridge belt; and most outrageously, that he murdered his tactical officer by throwing him into the Hudson River.

The real story was not quite as outrageous, but Poe was court-martialed for his behavior at West Point. What caused the budding author to join the army, excel for a time, and then flame out so suddenly? Read what we know about Poe’s military career at The Daily Beast. -via Metafilter