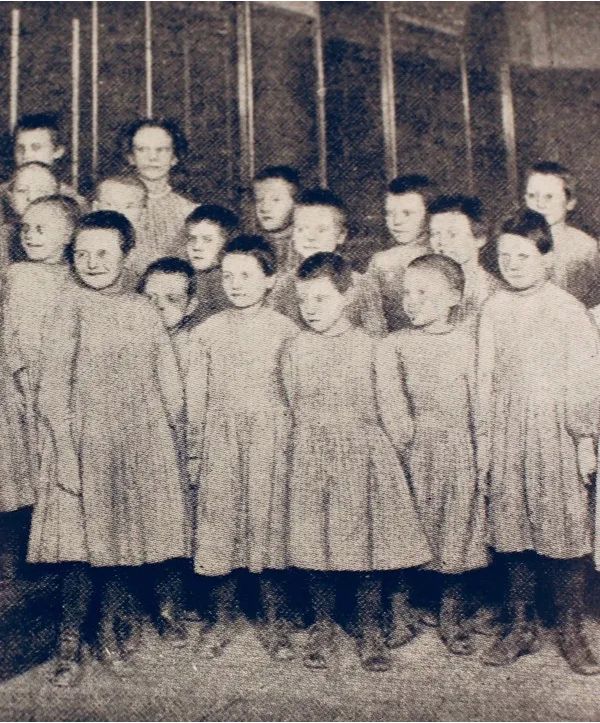 When Charles Dickens wrote about the squalid poorhouses and workhouses of London, he barely scratched the surface of the horrors that befell poor people of the time. The poorhouse was the last resort for those with nowhere else to go, but it was the only social safety net available. In the 1850s, in Spitalfields, an area in London’s East End, the Whitechapel poorhouse had grown so crowded that a new facility was built to house the children, separated from their parents’ “bad influence.” The new workhouse held up to 900 children at a time, and around 50,000 passed through it over the next 50 years.

The Forest Gate District School, as it was officially known, was an institution of the kind sometimes called industrial schools, promoted as establishments that taught children trades to keep them from poverty in adulthood. But this was one of many lies. The average age of children was a little over ten years and official reports condemned the ‘industrial’ training as inadequate. In reality, children were employed as free labour – scrubbing acres of floors, peeling tons of potatoes and mending tattered garments – to save staff wages.

In 1875, Henrietta Barnett, wife of the priest and noted social reformer Samuel Barnett, was appointed as an unpaid governor of the children’s workhouse. Appalled by conditions, Henrietta set about changing things, although she ran into resistance from the other governors and political figures. So she did the work herself, showing up at the school and insisting on humane treatment for the children. She opened up a smaller home where a dozen girls at a time could receive real training in domestic service. And she continued to work for government regulations that eventually ended up closing Forest Gate District School, although not before a couple of notorious disasters. Read about Henrietta Barnett and the children of London’s largest workhouse at Spitalfields Life. -via Strange Company