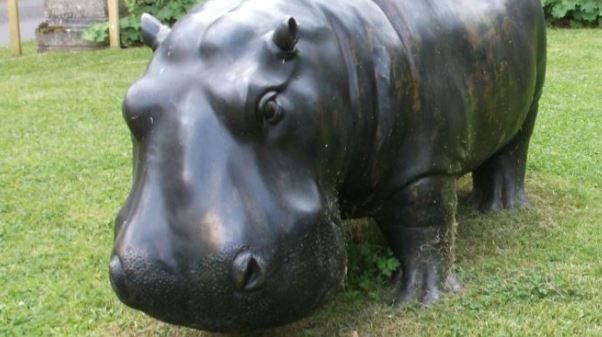 A 2-meter tall hippo sculpture was stolen from Chilstone ornament makers in the UK. It took five people to lift the luxurious hippo sculpture in the past. The sheer size of the piece makes it difficult to hypothesize how it was stolen.

The three-quarter tonne beast, described as “hugely distinctive” by police, was taken from the Chilstone showgarden near Tunbridge Wells.

Officers think the 2m (6ft 7in) sculpture may have been lifted onto the back of a truck by “mechanical means”.

Kent Police appealed for witnesses who may have spotted the unusual cargo due to “its sheer size”.

Got an idea of how the hippo statue was stolen?

Rating How in the World Did Someone Steal This "Extremely Heavy" Bronze Hippo Statue? is 5.0 / 5 Votes: 5
Please wait...
Loading...
Related articles