Marc Barros suffered from optimism. When GoPro raised $80 million just a few months after his action camera company Contour raised $10 million, he celebrated the competition as proof of the potential of these types of products. “That should have been the ‘Oh shit’ moment,” he realizes in retrospect. “That should have been like, ‘Wait a second, stop. How are we going to compete?’ We didn’t understand that.”

Contour failed—GoPro has struggled plenty, too—but Barros turned what he learned from that experience into a successful new company. Moment, best known for its mobile photography gear, has attracted more than 1.5 million followers and raised more than $3 million on Kickstarter over the course of five campaigns. Their latest—for an anamorphic lens, filters, and cases for drones—takes their offerings to new heights. As it racks up thousands of backers, we sat down with Barros to hear how his past failure helped shape his approach to growing Moment. 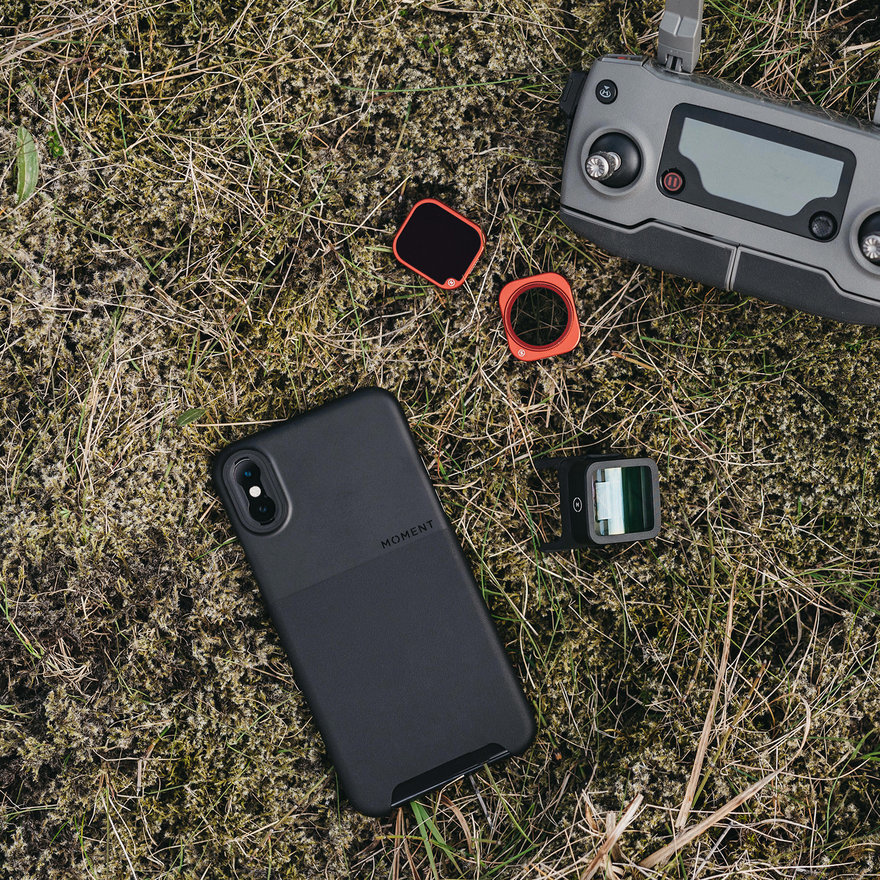 The problem with Contour was that they were doing too much, without enough “why”

“I think when you lose, you make more reflections on why you lost,” Barros says—and those reflections guide his work now.

The biggest mistake Contour’s product-focused team made was almost entirely ignoring how storytelling translates into new customers. “We were not capturing consumer hearts,” Barros says. “We really tried to be functional, to capture minds. We thought that the best product would win. GoPro captured hearts. They really owned action video at its essence; they showed the emotion of that experience. They just beat the shit out of us.”

What Barros felt passionate about was photography. So when his investors fired him in 2012—the company went bankrupt nine months later—Barros thought about how his next project, Moment, could come from a more genuine place. “We started with a much better why: the happiness photography brings.”

Restarting with more room for experimentation

Barros remembers his first digital camera was a game changer for his photography; he loved the instant feedback loop of “shooting, learning, getting better at it.

“It’s very similar to that ethos of ‘Make something, see if customers will buy it, and then learn,'” he says—and it’s a mentality that’s deeply ingrained in Moment’s product philosophy.

Having made complicated cameras with Contour, Barros wanted to start Moment in a simple way, as a single lens that the team could evolve and improve over time. “We literally started with glass and metal. We just started concepting, prototyping, and then put it on Kickstarter to see what would happen.”

Their first campaign, for quality wide and tele lenses that attach onto smartphones, soon raised half a million dollars in pledges.

As Barros built his simple product proposal into a thriving company, he put authentic storytelling first. He tried traditional ads, too, but time and time again, his hypothesis proved true: Real content from relatable personalities was what resonated.

Moment’s marketing strategy is to not do any marketing. “All the people we hire are either a designer, engineer, or content creator,” he says. “The people who call themselves marketers are all about marketing, and they want to be good at the skill set of marketing. If someone’s LinkedIn says ‘marketer,’ I’m not interested.”

Instead, he thinks in terms of hiring customers, or the types of people who might be customers. 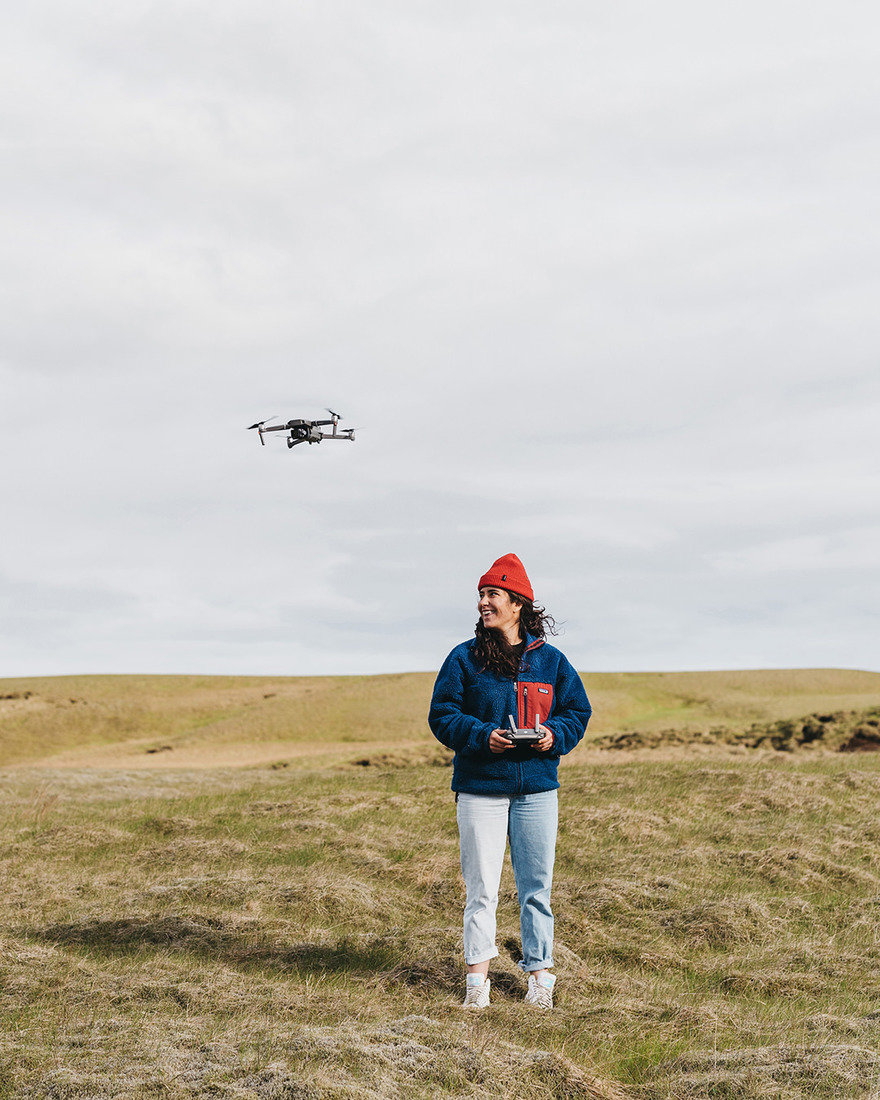 “At Contour, if you looked at the 50 employees, they were all there for a different reason. Some were into the product, some were into action sports, some were just there for startup [culture]. This time around, we looked for people who are into photography and filmmaking.”

Many team members were first photography influencers whom Barros shared the product with for reviews. Caleb Babcock, Niles Grey Jeran, and Taylor Pendleton, who make frequent appearances on the brand’s YouTube and Instagram, post their own reviews and guides that follow vlogger formats and don’t come off as overly professional.

“They’re just honest about it,” says Barros. “It’s not scripted; they’re trying the products like a regular user. They explain what they like, what they don’t like. They’re advanced as filmmakers, but they aren’t over-the-top pros you can’t relate to. I think that their relatability is a really important thread in what we’re doing.

“We put the product in the hands of the core customer, and we build everything around that. We see how they talk about it, how they share it with friends, how they would use it. That drives the campaign. If your team isn’t the exact customer, that’s going to be harder for you. Everything we do starts with asking who the customer is, getting the prototype in their hands, and riffing with them.”

Expanding the offering, growing the community

The feedback loop isn’t restricted to photography fans in the office. Working closely with the community and listening to what users are excited about online has helped the team expand into new types of marketing and even products.

In 2016, the company hosted their first Moment Invitational Film Festival with just over a dozen participants. “That—like everything—started simple,” Barros says. “We just said, ‘Let’s try to make some inspiring films.’ Then we commissioned creators we thought were amazing. And from there we learned a lot. So by the time we got to year four, it was way more sophisticated.” The 2019 festival drew 1,100 filmmakers competing for $100,000 in cash and gear.

“I think that’s a rule of thumb in everything we do,” Barros says. “What’s the simplest thing you can do? See if it works, then do more of it if it’s working.”

The company is now starting to test this iterative approach with a more high-touch service: photography tours and workshops. “We found that our customers were coming to us because they were going to take a trip. At the same time they were asking us for tips on where to go and how to improve. So we started doing these small custom trips. We would take our customers to say Alaska for little eight-person workshops. Out of that we realized that people were really into the trips, experiences, and learning. So a year ago we launched photography trips run by a pro guide.” Upcoming excursions are heading to Kyrgyzstan, Bali, Iceland, and dozens of other picturesque destinations around the world. 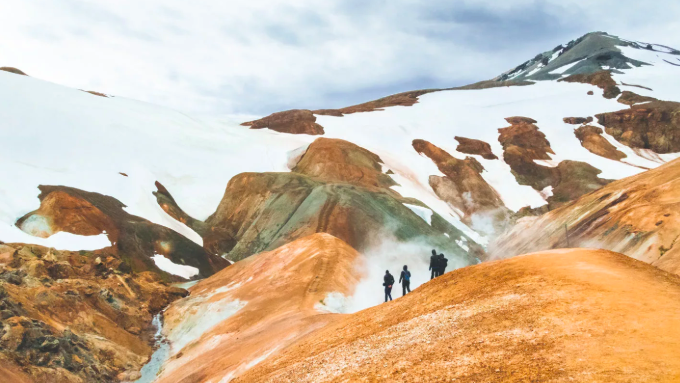 It’s all part of the experimental outlook that drives the company. “It’s a little bit of luck as early on you try a lot of ideas,” Barros says. “Some sticks, some doesn’t. You focus on the ideas that are working.”

Moment Air: Anamorphic Lens, Filters, and Cases for Drones is live on Kickstarter through September 7, 2019.