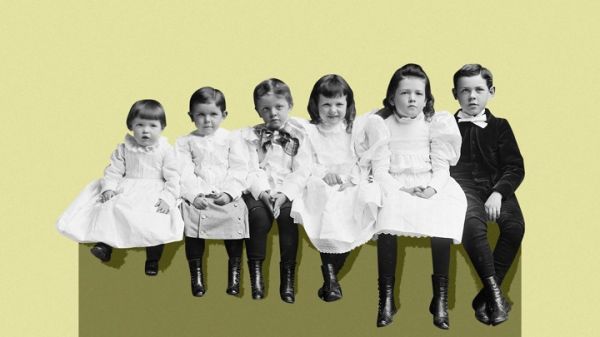 People put a lot of thought into whether to have children at all, but then there’s the next question of whether to have another -and another. The best answer for an individual is that they should have the number of children they want, but not so many as to damage the family’s ability to nurture them. However, if you frame the question differently as “What is the optimal number of children for the greatest number of families?” then you get into some serious sociological research. And the answer depends on many factors.

One recent paper suggested that becoming a parent does indeed make people happier, as long as they can afford it. And a 2014 review of existing research, whose authors were skeptical of “overgeneralizations that most parents are miserable or that most parents are joyful,” detected other broad patterns: Being a parent tends to be a less positive experience for mothers and people who are young, single, or have young children. And it tends to be more positive for fathers and people who are married or who became parents later in life.

What’s optimal, then, depends on age, life stage, and family makeup—in other words, things that are subject to change. While being the parent of a young child may not seem to maximize happiness, parenthood may be more enjoyable years down the line.

Indeed, Bryan Caplan believes that when people think about having children, they tend to dwell on the early years of parenting—the stress and the sleep deprivation—but undervalue what family life will be like when their children are, say, 25 or 50. His advice to those who suspect they might be unhappy without grandchildren someday: “Well, there’s something you can do right now in order to reduce the risk of that, which is just have more kids.”

The answer also varies by gender and culture, with mothers being happier in countries with generous parental leave and subsidized daycare, for example. Read about the different variables that affect the number of children that make parents happiest at the Atlantic.

Rating How Many Children Should You Have? is 5.0 / 5 Votes: 3
Please wait...
Loading...
Related articles