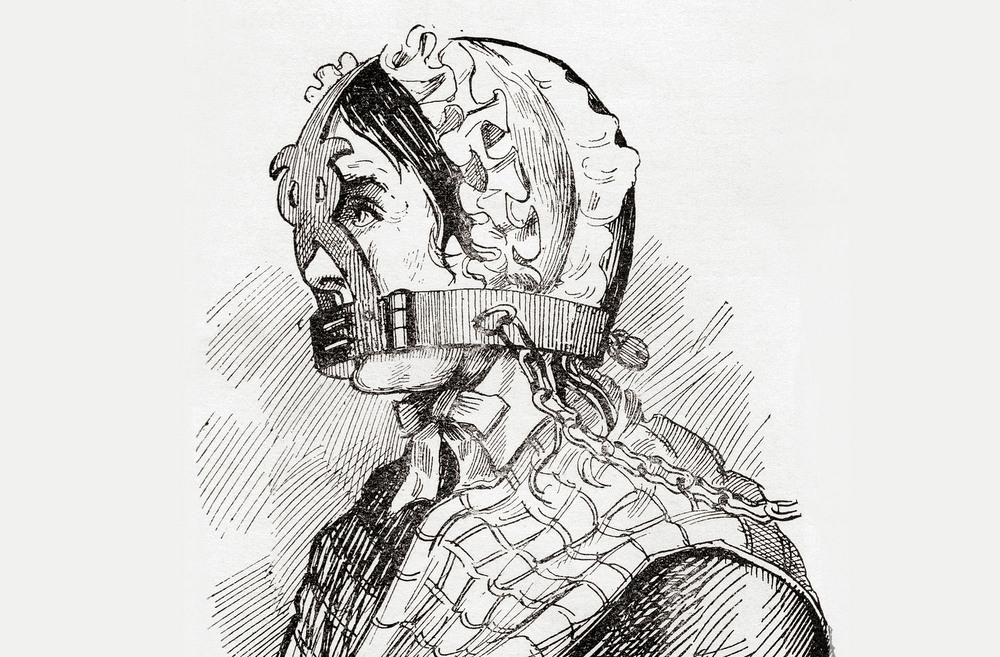 By putting a muzzle on them, of course. Known as Scold's bridle, these devices of torture and public humiliation were used mostly in England and Scotland during the 16th and the 17th centuries.

“Scold” is an archaic word that means a woman who nags or grumbles constantly, a woman who “disturbed their neighbours’ peace with gossiping, ‘chiding and scoulding’ or unruly behaviour”, according to the British Library. Women who ran afoul with the neighbours, defied their husbands and argued with the priests became a source of grave concern among the menfolk. It is not known which twisted mind first hit upon the idea of bridling his woman, but it surely caught on.