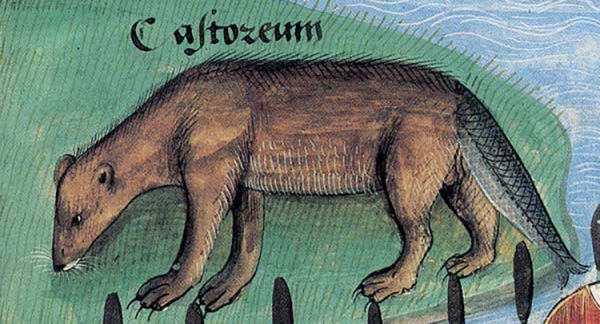 When you have too many rules, people will spend their time trying to figure out a way around those rules. People who want a dog in their college dorm get one classified as a therapy animal. When your religion says you can’t work on the Sabbath, you hire someone to do necessary tasks for you. And when your church forbids meat on certain days, you go to work redefining what meat is. First off, animal products were banned during medieval fast days, but fish were okay, because they lived in the water and did not have to be saved on Noah’s ark. By that reasoning, there are plenty of fish in the sea.

All of these restrictions led to some flagrant misinterpretations of what was or was not a fish. The Benedictine abbey of Le Tréport, in northern France, came under fire from the local archbishop, in Rouen, when it was discovered they were regularly noshing on puffins. These, they argued, were mostly found in and around water and must therefore be fish.

Some of these justifications were very dubious. Dolphins, porpoises and other cetaceans were mammals, but acceptable to eat as mammals of the sea (the medieval German word for dolphin is “merswin,” or “pig of the ocean,” while “porpoise” comes from the Latin for pig fish: porcus piscis).

A cookbook from a 15th-century Austrian nunnery, as translated by Melitta Adamson, suggests: “From a dolphin, you can make good dishes. You can make good roasts from it … one also makes sausages and good venison.” (These mammals, known as “royal fish” in the United Kingdom, were forbidden from commoners’ tables from 1324—as they are still, bar some arcane exceptions about whales over a certain weight.)

There were other substitutions, like almond milk for baking and for making into fake eggs. Read about more of the ways medieval Christian got around meatless fast days at Atlas Obscura.