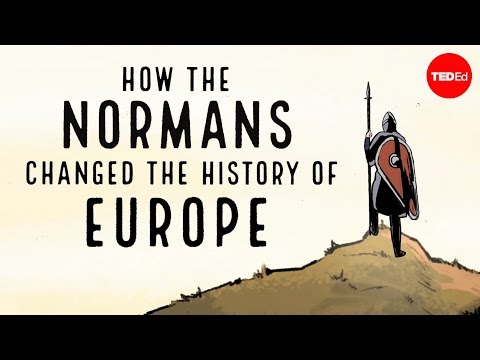 You might think of the Normans (if you ever think of them at all) as French, but they were actually Vikings who converted to Christianity after they settled in the northern part of France (which became known as Normandy). They conquered England in the Battle of Hastings in 1066, but that was only the first leg of the path of conquests. This TED-Ed video gives us the short version of the long story of the vast influence of Norman conquerors in Europe, including our language.  -via Digg