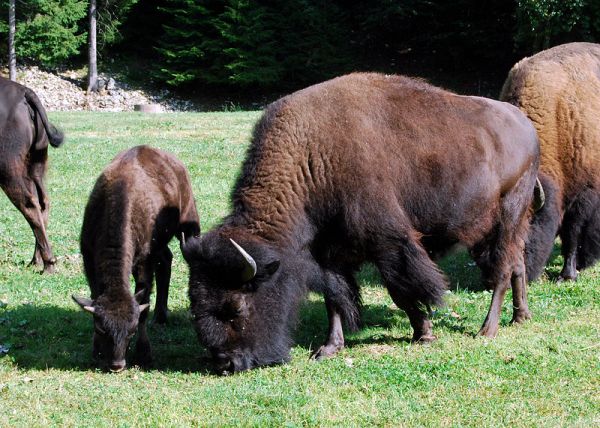 If you were to travel the countryside around Geneva, Switzerland, say, between the city and the airport, you might be surprised to see a herd of buffalo. American buffalo. There are quite a few herds around Geneva, high in the Alps, and they are all descended from the initial imports of one Swiss farmer.

Years ago, a young man from a Swiss farming family, Laurent Girardet, ventured to Alberta, Canada. He went to participate in an exchange program, work on a farm, and learn English. During his time there, he unexpectedly fell in love with the bison (the term “buffalo” is often used interchangeably, but in Switzerland they are known as bison, as their scientific name is Bison bison). “I always liked big spaces and everything related to bison,” Girardet says.

He also liked the idea of raising animals naturally—that is, on pasturelands rather than in enclosures, and on a grass diet rather than one bolstered by antibiotic supplements. Compared to Switzerland’s domesticated cows, bison were robust and healthy, too. So he resolved to raise them instead. “We decided to walk away from traditional dairy cattle, to turn ourselves to something more natural and extensive,” he adds.

Bison adapted well to life in the Alps, but getting them there was a real challenge. Swiss farmers and officials thought Girardet was crazy. Read the story of how American bison made their home in the Alps at Atlas Obscura.