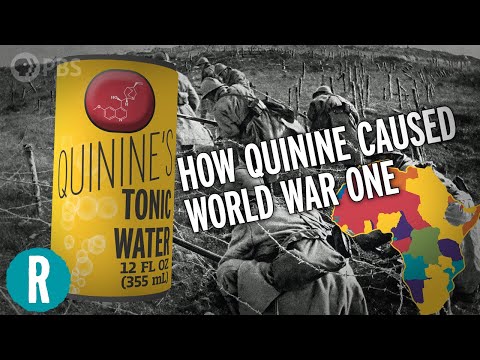 You can study the causes of World War I for years, because there are a lot of them. The effect of quinine is not that direct; it’s more like a butterfly effect. However, quinine enabled the Scramble for Africa,  when European nations competed to colonize the continent. I hope that didn’t give too much away, as it’s a really interesting story, told in the first half of this video. The second half is chemistry, because there have been some new discoveries about how quinine works to fight malaria. Then the story picks back up at the ten-minute mark. I have to admit I learned a few things today, mostly from this video. -via Geeks Are Sexy