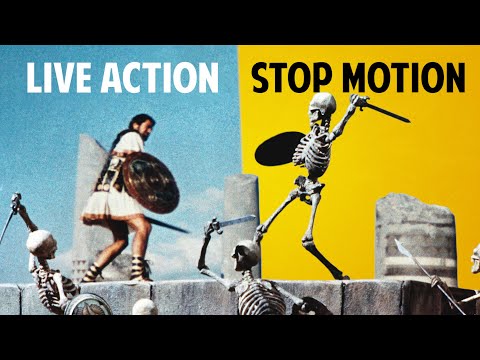 Ray Harryhausen didn’t invent stop-motion animation, but he advanced the technique so much that his name has become forever intertwined with the art of stop-motion. You’ve seen his work in films ranging from Mighty Joe Young in 1949 to Jason and the Argonauts (1963) through Clash of the Titans in 1981. Harryhausen pioneered techniques for mixing stop-motion skeletons, dinosaurs, and monsters with live-action actors. It was not any easy thing to accomplish without computers. Harryhausen had to line up all his shots by hand and time them frame-by-frame to get what he wanted. The finished product was a mind-blowing and surreal experience for the audience. The Royal Ocean Film Society shows us how he did it in this video. -via Laughing Squid