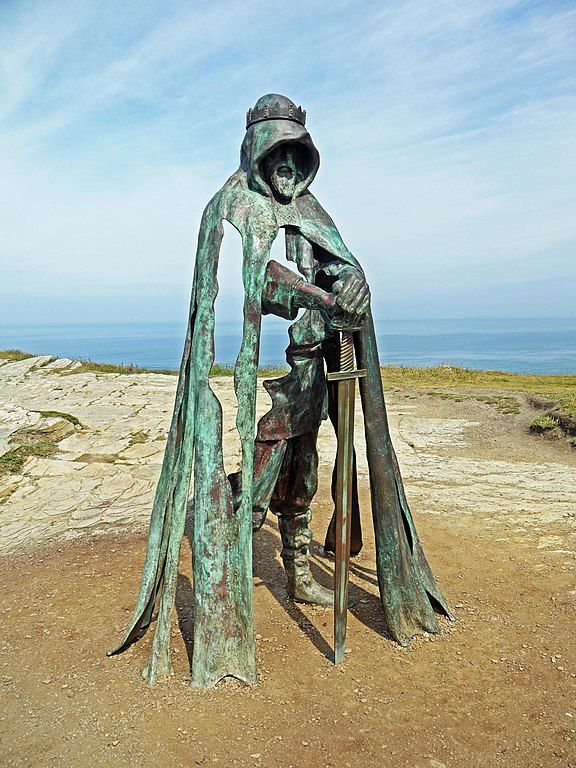 We all know the story of King Arthur. He was born of a king, but not acknowledged until he magically pulled a sword out of a stone. He united Britain and established the rule of law. He brought knights to his round table and set them off in search of the Holy Grail. He conquered his enemies in battle and endured an affair between his queen and his best knight. His was finally beaten in battle by his own kinsman and was taken off to Avalon, where he awaits the call to return to power.

However, almost all of that story was added and embellished over the past 1600 years. If you go back to the oldest documentation on Arthur, he was not a king but a local hero who defended his homeland against all enemies. This hero was apparently famous enough that even in the Dark Ages others were compared to him. He might not have even been named Arthur, but there is the possibility that the stories are told about a real person in 6th century Britain.

After the Romans left Britain in 410 AD, the land was plunged into the Dark Ages. The islands fell into economic collapse, illiteracy, and famine. Community alliances splintered as Saxons invaded. But archeological evidence at the ruins of Tintagel, the stronghold in Cornwall where Arthur was supposedly born, hint that it had a flourishing community in the 6th century, faring far better than other areas of Britain. Could that be because a mighty warrior led their defenses? Read what we’ve learned about the legend of Arthur, and how difficult it is to sort fact from fiction at Smithsonian.