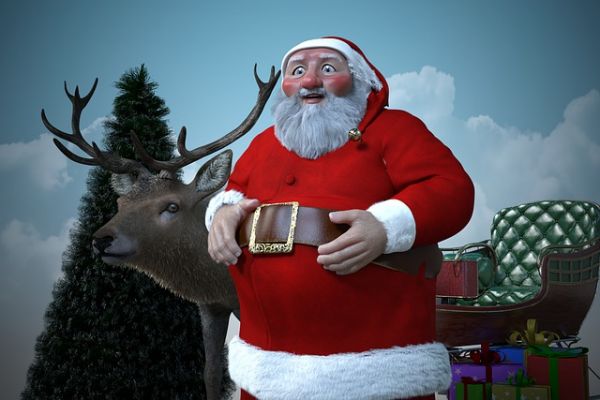 Why are reindeer associated with Santa Claus? In History Today, Alexander Lee traces the history of the Santa Claus legend. He begins with the historical Saint Nicholas, who was a Fourth Century A.D. Christian bishop in what is now Turkey, noted for sneaking into a poor man’s house to leave money as a present.

When the Protestant Reformation came to Germany, Martin Luther decided to keep the Catholic feast day of Saint Nicholas, who continued to thrive in German-speaking areas of Europe, as well as spread outside of it to England and other nations.

German immigration to the United States led to the proliferation of Santa Claus imagery in America, emphasizing his gift giving to children. Perhaps heavy winters in the early Ninteenth Century encouraged artists to depict him in a sleigh.

In an 1821, a New York City publishing house produced the anonymously written poem. The Children’s Friend: A New-Year’s Present, to the Little Ones from Five to Twelve. One of the illustrations showed a reindeer pulling Santa’s sleigh. The Santa legend rapidly assimilated this image and added the number of reindeer. Read about this change at History Today.