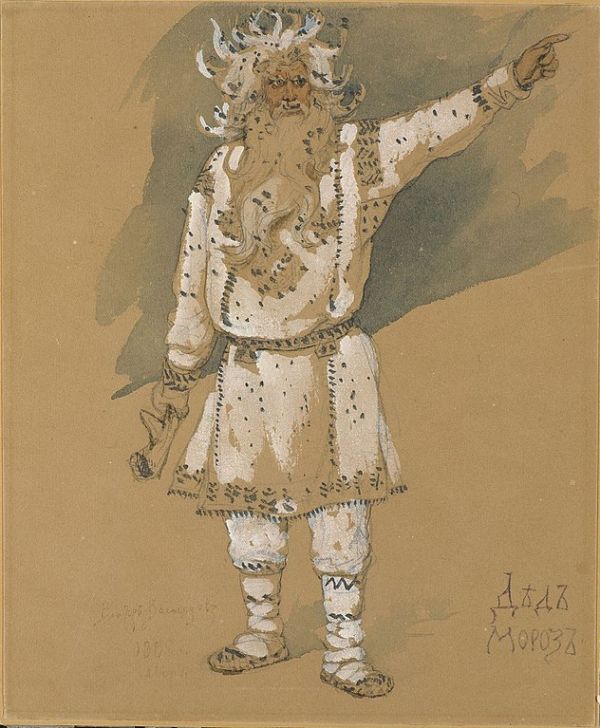 The traditional Santa Claus character in Russia is called Ded Moroz, which means “Grandfather Frost.” He brings gifts for good children in the dead of winter, but varies somewhat from other versions of Santa. Ded Moroz wasn’t even all that popular in Russia until the late 19th century, and even then was considered pagan by the Russian Orthodox church. But Ded Moroz got a boost after the Communist Revolution of 1917, when the new Soviet government went about dismantling the practice of Christianity, including Christmas.

In this context, Ded Moroz’s pre-Christian roots were an asset. The Soviet leadership never said this explicitly, but it seems likely that they permitted and even encouraged Ded Moroz because he was, theoretically, Russian, born and bred. Depictions of Ded Moroz changed with the times during the Soviet era. For the Space Race, he was sometimes shown driving a spaceship rather than a troika. At other times he was depicted as a muscular, hard-working, semi-shirtless emblem of Communist industry.

After the Soviet Union collapsed in 1991, religious practice became legal again. But that put those who were theoretically Christian in a very weird position with regard to Christmas. They were able to celebrate Christmas, but they had never done it before. In fact, their parents, grandparents, and even great-grandparents had likely never celebrated Christmas. And Christianity in Russia still largely means the Eastern Orthodox Church, which carries its own complicated baggage. 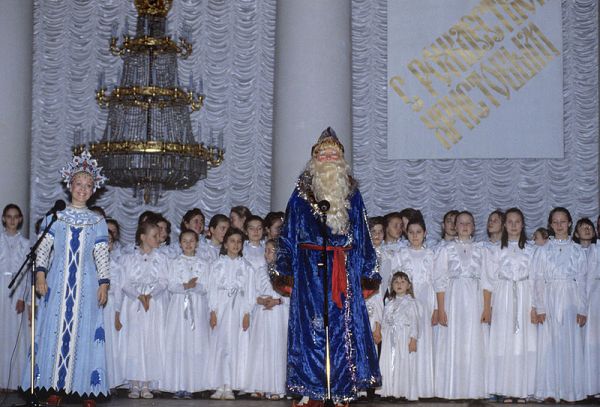 Read the history of Ded Moroz at Atlas Obscura.