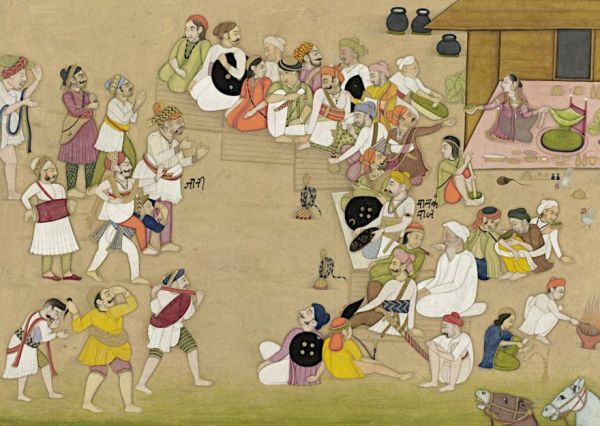 Thomas Bowrey traveled to Machilipatnam, on the coast of India, in 1673. He saw many strange and fascinating things that were completely unfamiliar to an Englishman, including the consumption of Bangha and Gangah, which left users in a besotted state.

Bowrey initially compared the effects of the drug to alcohol. Yet it seemed that bhang’s properties were more complex, “Operat[ing] accordinge to the thoughts or fancy” of those who consumed it. On the one hand, those who were “merry at that instant, shall Continue Soe with Exceedinge great laughter”, he wrote, “laughinge heartilie at Every thinge they discerne”. On the other hand, “if it is taken in a fearefull or Melancholy posture”, the consumer could “seem to be in great anguish of Spirit”. The drug seemed to be a kind of psychological mirror that reflected — or amplified — the inner states of consumers. Small wonder, then, that when Bowrey resolved to try it, he did so while hidden in a private home with “all dores and Windows” closed. Bowrey explained that he and his colleagues feared that the people of Machilipatnam would “come in to behold any of our humours thereby to laugh at us”.

Yes, they probably would have laughed. Bowrey chronicled the experiment and immediately looked for a way to import and sell cannabis, as did others who followed. Read about the impressions cannabis left on the English at the Public Domain Review. -via Nag on the Lake