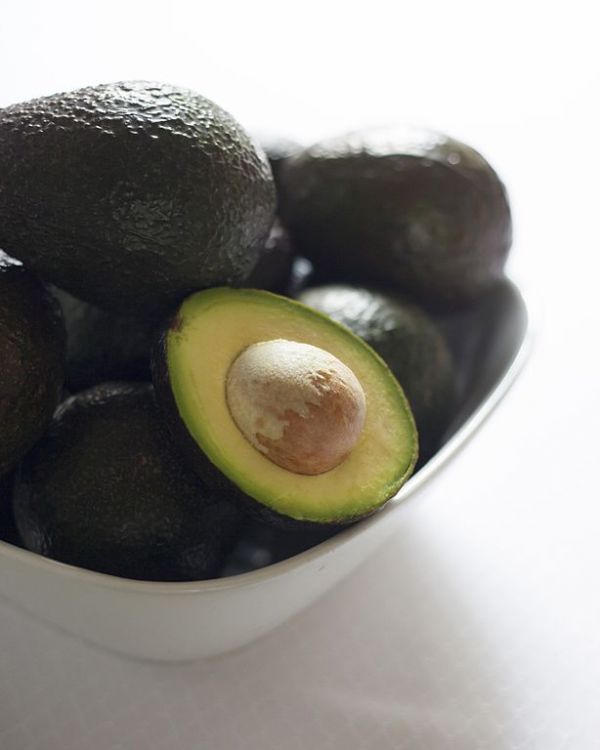 Avocados were eaten by animals as far back as the Cenozoic era, and cultivated by humans by 500 B.C.E. Growers developed quite a few fleshier and more delicious varieties, but most of the avocados supplying the current craze are Hass avocados, all descended from one tree that lived from 1926 to 2002.

In 1926, according to legend and the University of California at Riverside, California postman Rudolph Hass brought some avocado seedlings home to grow on his La Habra Heights property. One defied repeated attempts to receive grafts from an existing avocado variety, bore no fruit and sorely tempted Hass to cut it down. But instead, he simply let the tree grow unattended.

It was the Hass children, according to the story, who discovered that the tree had produced a fruit that they liked far better than the others: one with a rich, nutty, slightly oily taste. Hass Sr. apparently concurred. “As I’ve heard the story, the kids brought the fruit in to him and he said, ‘wow this isn’t bad,’” Arpaia relates.

At the time, the reigning avocado variety was the Fuerte (“strong” in Spanish), which featured smooth, thin skin and an appealing green hue. By contrast, Hass’ experiment had a relatively unappetizing appearance, with thick, pebbly black skin. But Hass decided that it was what inside that counted—a decision that would change the course of avocado history.

But there was one big hurdle the Hass had to jump before the public would buy it. The fruit had a black skin, which people have always viewed as a sign that a fruit had gone bad. Read why growers took to the Hass avocado and how they got the public to eat a black fruit at Smithsonian.