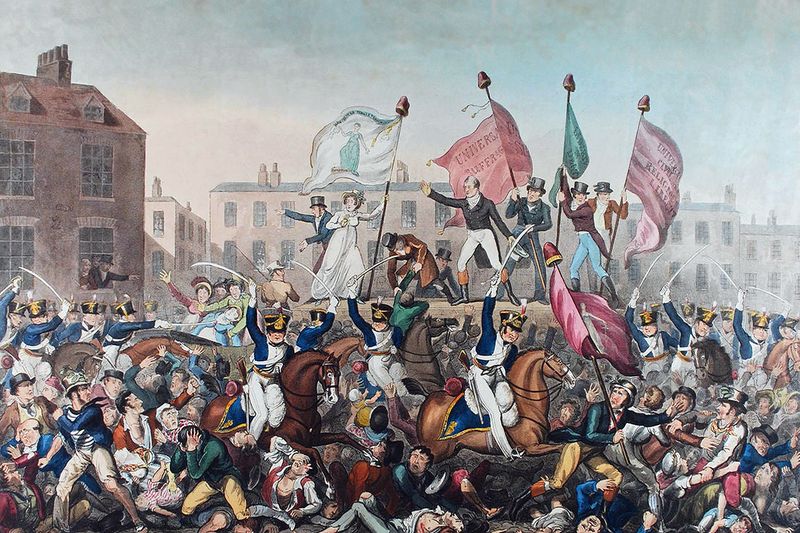 One of the most important events in British history was the Peterloo Massacre in St. Peter’s Square in Manchester. At many points in history, sacrifices had to be made in order to attain the freedom and rights that we enjoy today. And the Peterloo Massacre was one of the milestones that would set such political reforms and societal changes in motion.

The bloodbath that happened in Manchester, the Peterloo massacre – as it became known – was, in the words of historian Robert Poole, the ‘explosion that made it all possible’.

The killings occurred during a peaceful rally that was uniquely Mancunian, a landmark in the city’s proud, rich, independent tradition of fighting for social justice.

And, despite attempts at smear and cover-up made by the authorities at the time, it has gone down in history as one of the most important milestones on Britain’s long road to political reform, one that changed the course of history in this country.

Read more about the Peterloo Massacre and the impact it had on British history on Manchester Evening News.