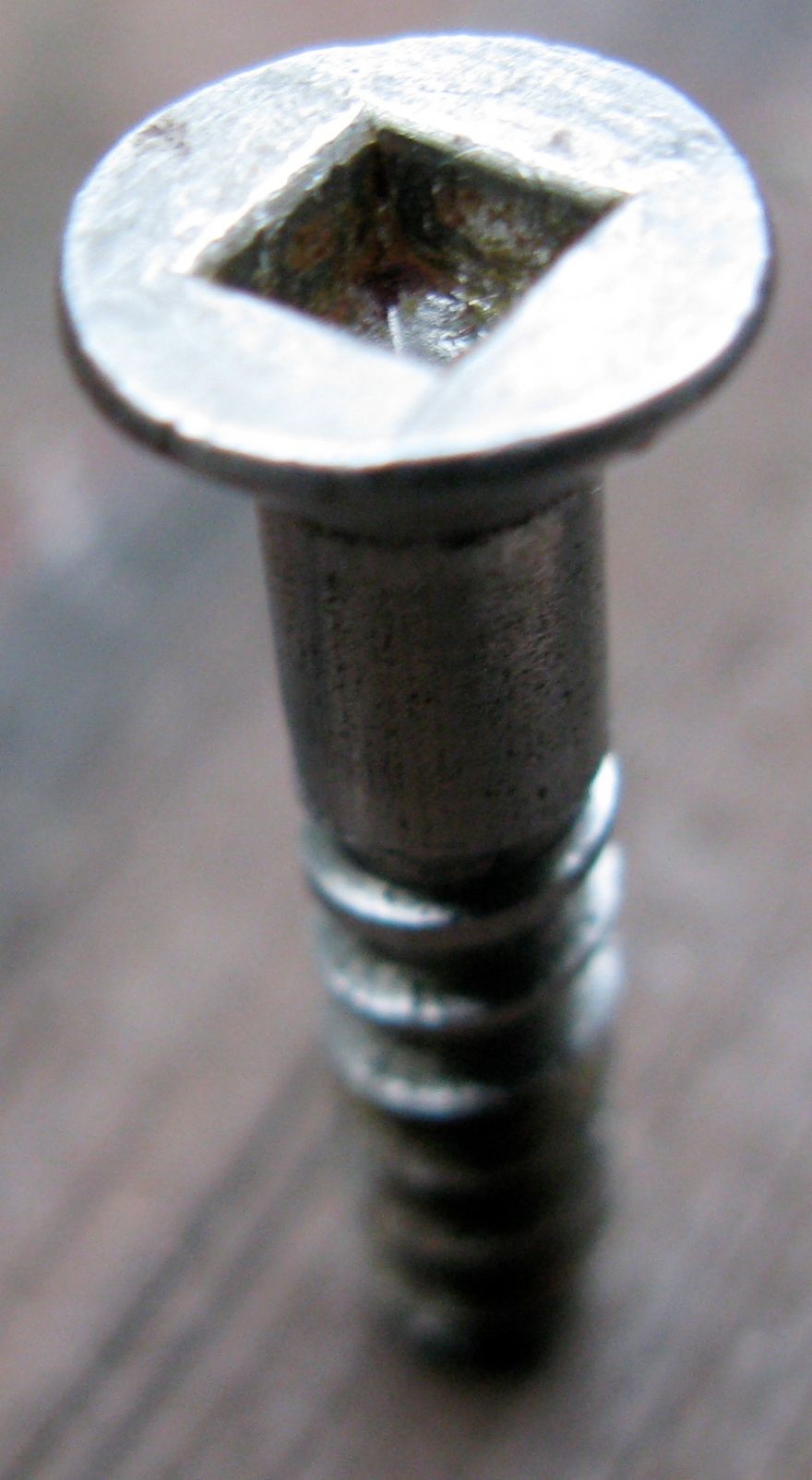 Pictured above is a Robertson screw, invented by the Canadian Peter Lymburner Robertson and patented in 1907. It was brilliantly designed to avoid cam out and was far superior to other screws available at the time.

We Americans might still be using them widely if Robertson hadn’t gotten into a dispute with Henry Ford. Road & Track magazine traces the history of the screw and the downfall of the Robertson:

But unless you’re Canadian, there’s a good chance you’ve never heard of Robertson screws. That’s because Henry Ford wanted to use Robertsons in all of his plants, and he wanted more control over how they were made. Robertson, by most accounts a stubborn man, wouldn’t agree. No deal was struck, and the Canadian lost an important part of his business. Meanwhile, other engineers worked on their own types of screw heads.

The eventual replacement for the Robertson was the now-ubiquitous Phillips:

A Phillips screw offers many of the benefits of a Robertson and can be driven by a traditional slotted screwdriver in a pinch. Phillips licensed his design to the giant American Screw Company, which got General Motors to use the screw in the 1936 Cadillac. Within the decade, almost all automakers were using Phillips screws.

A Phillips is, arguably, not a better screw than a Robertson. Consumer Reports once wrote that “compared with slotted and Phillips-head screwdrivers, the Robertson worked faster, with less cam-out.” However, cam-out was good for automakers increasingly relying on automation, as it meant screws wouldn’t be overtightened. Today the Phillips is the standard, except in Canada, where the Robertson remains popular, and in Japan, which has its own cruciform screw, the Japanese Industrial Standard.

Next time you strip out a Phillips, shake your fist at Henry Ford.