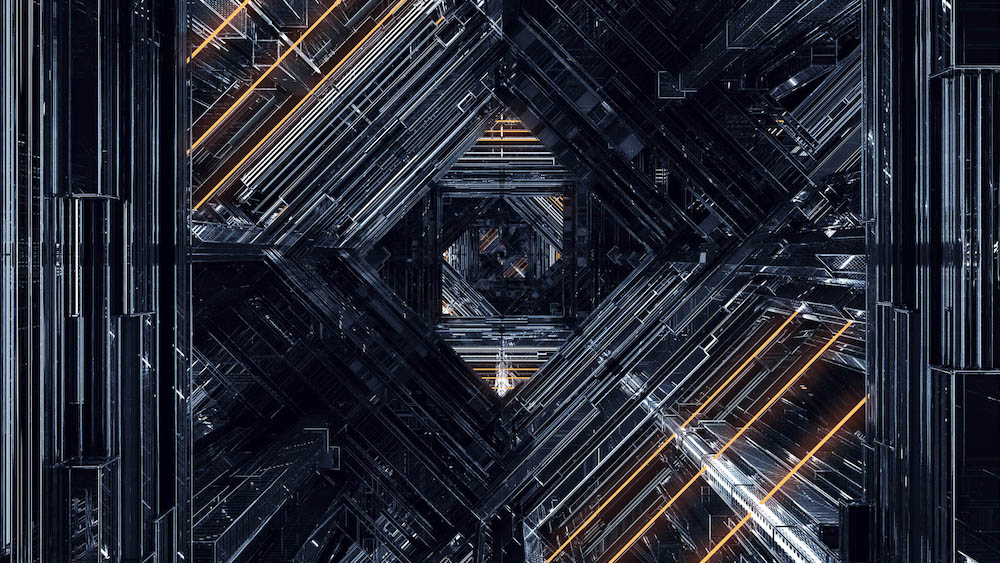 I’m floating in cyberspace, and it’s beautiful. A tunnel of sleek metallic tubes telescopes before me, criss-crossing into TRON-like circuit board cities that make it clear that I’m inside of a computer. I’m surrounded by information: infographics pulsing red and blue below me, elongated frames of news footage zooming past my eyes, their soundbites echoing in my ears—were I not wearing a virtual reality headset I’d be sure I could reach out and touch data itself. As Zero Days VR progresses, the companion piece to Alex Gibney’s documenary about the Stuxnet super virus makes it clear that the serene world I’m drifting through is the battleground for the 21st century, and I’m on the front lines.

New media artist Yasmin Elayat and production company Scatter, sister company to next-gen filmmaking hardware developers Depth Kit, teamed up with Gibney to create the cyber world of Zero Days VR. By integrating time-tested talking head narrations with glitch art, data visualization, and pointcloud videography, the team rises to the challenges of telling a story that happened mostly inside text editors and industrial software. Three of its five chapters premiered at The Sundance Film Festival—which, coincidentally, was hacked over the weekend—as part of its tech-focused New Frontier program, giving form and feeling to the most elusive aspect of Gibney’s documentary film: the Stuxnet virus itself.

When Stuxnet hit the web, there was nothing like it. It was larger than any other computer virus by a factor of 20, had almost no bugs, and included four ‘zero day’ exploits, features that made it so rare and powerful that experts later would determine that it would take the resources of one or more nation-states to create it. According to anonymous sources, those nation-states were the United States and Israel, whose military intelligence sought to infiltrate Iran’s nuclear facility at Natanz and and take down uranium-enriching centrifuges.

You can read MOTHERBOARD‘s history of the virus here, but whoever was responsible for the successful attack ultimately did little to deter Iran’s nuclear program. What’s more, once it was discovered, Russia and more nations were able to create their own versions of the virus, which can be used to attack any form of industrial computer. This means power grids, water treatment plants, banks, traffic control centers, the very stitches of civilization are vulnerable to it—and what concerns Scatter’s VR experience is the future. 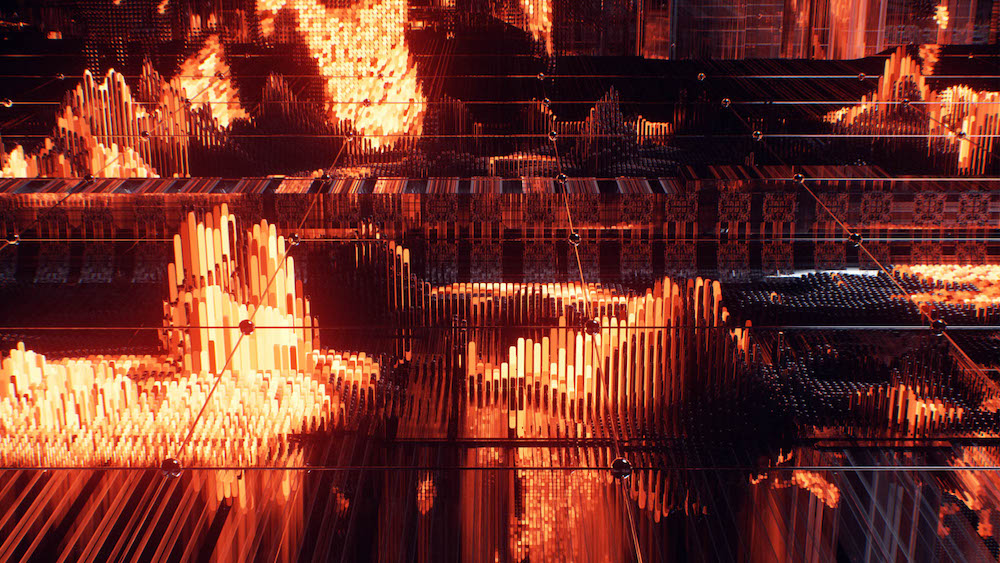 “This is happening in our backyard, it’s not just in the Middle East, far away in Iran. So we wanted it to not just feel like you’re floating through code, but for people to really understand the stakes, and how it could go wrong,” explains Elayat. “A piece of malware can actually cause physical damage, and the United States is the most vulnerable nation.”

Zero Days VR‘s purpose is to drive that message home with more emotional urgency than the original documentary. “The film and the VR piece will complement one another. One gets more facts across and the other is more experiencial,” says Depth Kit founder James George (click here to see about George’s past projects). There’s a scene where the virus is rendered as a string of red dots snaking across a grid. It illicits a spine-chilling tingle equivalent to finding a spider in your bed and wondering how many more are hiding in the shadows. 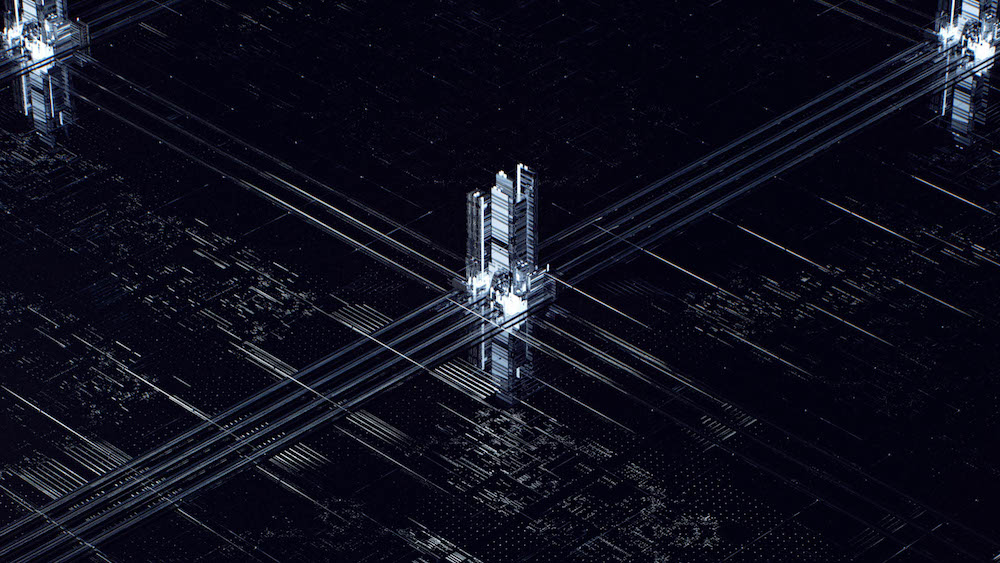 Of course, this isn’t an entirely factual presentation of events. Stuxnet doesn’t work like the game of Snake, winding its way through your servers and gobbling up everything it finds. Instead, for people to better understand the actual facts behind the thousands of lines of code that could spread autonomously through networked systems at any time, George says filmmakers must get creative.

“We’re living in a time where things are happening that would normally be covered by documentary filmmakers and photographers. But now they don’t have the tools to represent what is happening in these invisible, code-based systems,” he explains. “The philosophy of Depth Kit and Scatter is that, using virtual reality as a medium, we can actually represent these spaces in a way that’s true to reality. Even if we have to be inventive about the visuality of it.” 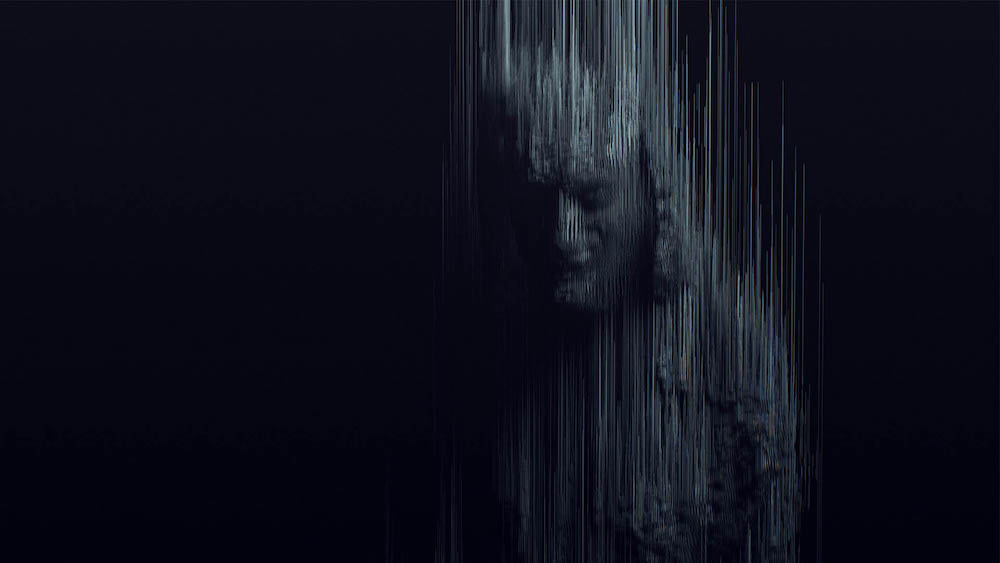 The most powerful use of the VR medium comes in the final moments of Zero Days VR, through a new technique we’d previously never encountered. A conglomeration of several anonymous sources forms a figure known as The Informant, an official-looking blond woman created with volumetric point cloud footage (see above). The character delivers some of the best, most urgent lines, including details about a US-developed program even more powerful than Stuxnet, Nitro Zeus, which could disrupt Iran’s entire civilian infrastructure. As the experience comes to an end, The Informant soberly, “Anything we can do to others, they can do to us, too.” Then, she glitches out of view—one moment she’s giving the hard truth, and the next moment—thanks to a hidden Depth Kit and Intel RealSense R200 camera—I’m broadcast into my own VR headset in real time.

Humans first fought by land, and by sea not long after. Aerial combat was a thing of the 20th century: now, cyberspace is the theater of war. Zero Days VR answers the question, “How do we tell stories of conflict in digital spaces?” For Elayat, George, producers Mei-Ling Wong, Alexander Porter, technical director Elle Zananiri, and Gibney, the answer very well should be “beautifully.” 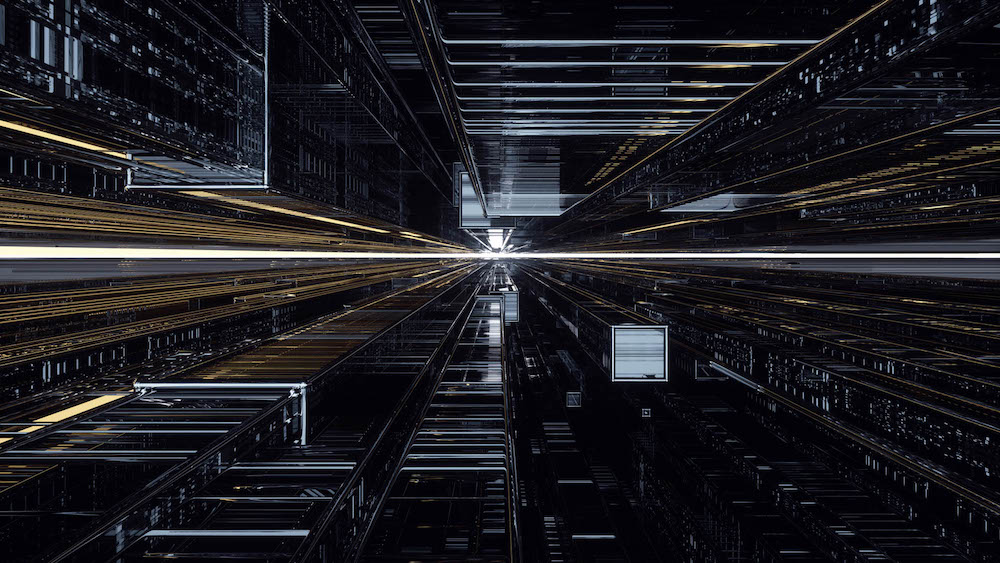 Immerse Yourself in a 3D Cloud of Creative Coding Culture