Well, here’s another way we’re screwing up both the planet and our own bodies. We wear clothes with synthetic fibers, put them in the washing machine, they shed microplastics, then the greywater goes into the sewage. Wastewater treatment plants (WWTP) can’t filter out all the microplastics, which then make it into our waterways. We eat the fish in these waterways, we drink the water, now the microplastics are in our bodies.

An Ontario-based eco-charity called Georgian Bay Forever, working with the Rochman Lab at the University of Toronto, has been studying the problem for several years. They gathered data by installing washing machine filters in 97 volunteer households on Ontario’s Parry Sound, measuring what came out of them, then measuring what they found downstream at the WWTP. 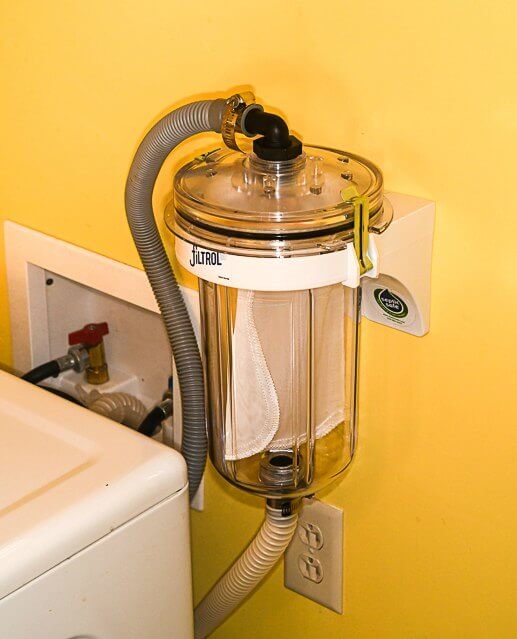 Here’s what they found the filters had accomplished:

If you’re interested in the data, the full research paper, “Washing Machine Filters Reduce Microfiber Emissions: Evidence From a Community-Scale Pilot in Parry Sound, Ontario” is here. One peculiar item it points out, and which I can’t square, is that “Top loader washing machines yielded more lint than front loaders (p < 0.01). The average household lint capture was 4.7 ± 3.7 g/week (mean ± SD) for front loaders and 7.2 ± 5.5 for top loaders.” Top-loaders, the organization says, shed seven times the microfibers of a front loader.

If you’re considering installing a washing machine filter, the organization cites the Wexco Filtrol 160 (pictured above) or the Lint LUV-R (below) as two reputable options. 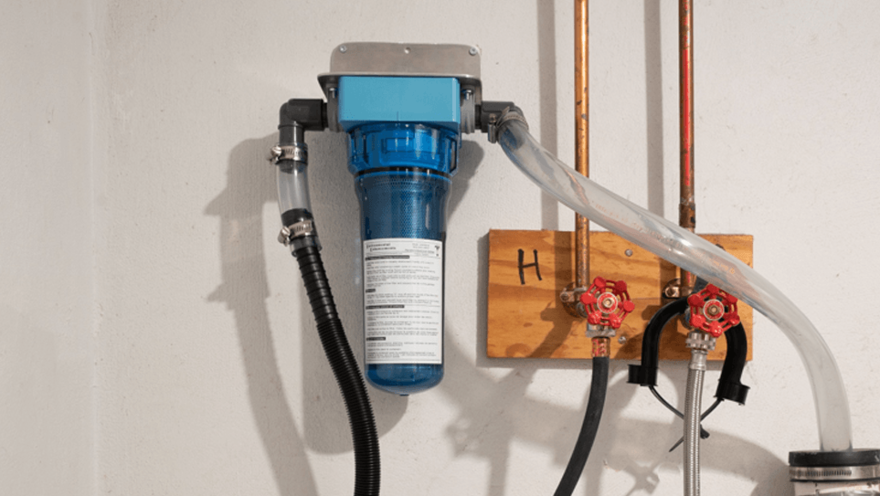