During World War II, America cranked out some 640,000 Jeeps produced by both Willys-Overland and Ford. Once assembled, they could be stacked for transport with the assistance of intermediary pallets: 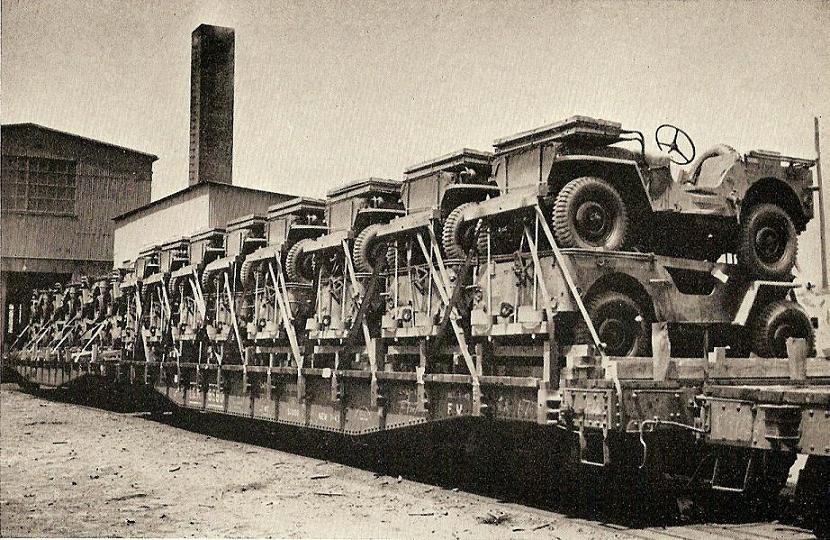 However, to get them onto ships for transport across the Atlantic and Pacific, they were broken down and crated for greater space efficiency. Look how small they were able to get these crates: 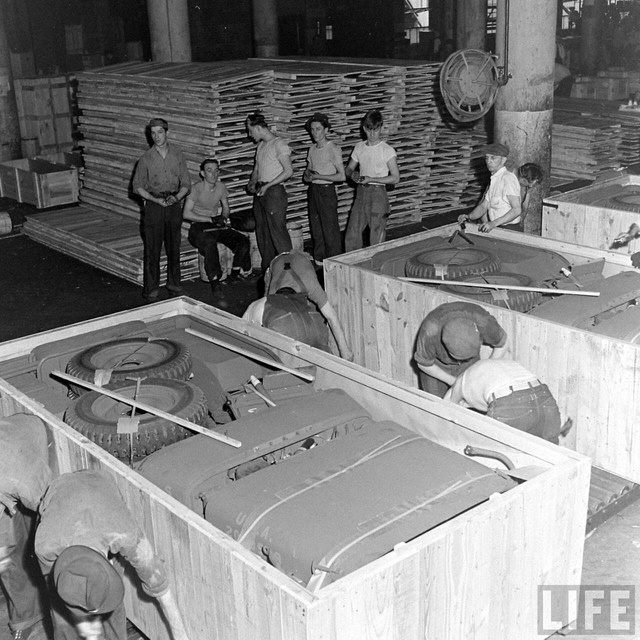 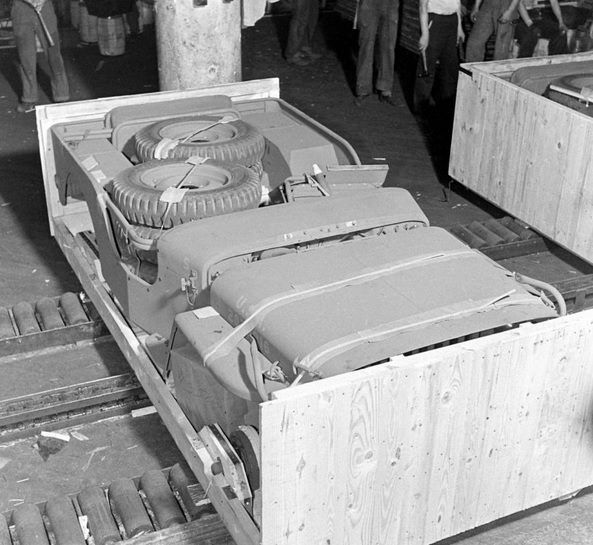 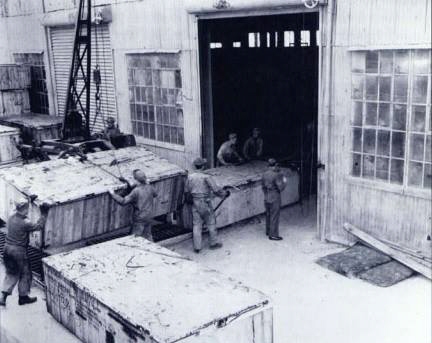 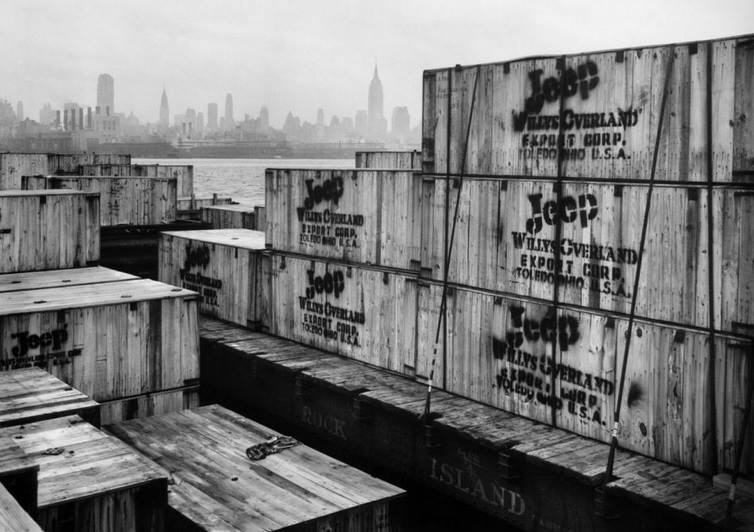 Now you know why the windshields were designed to be folded down. 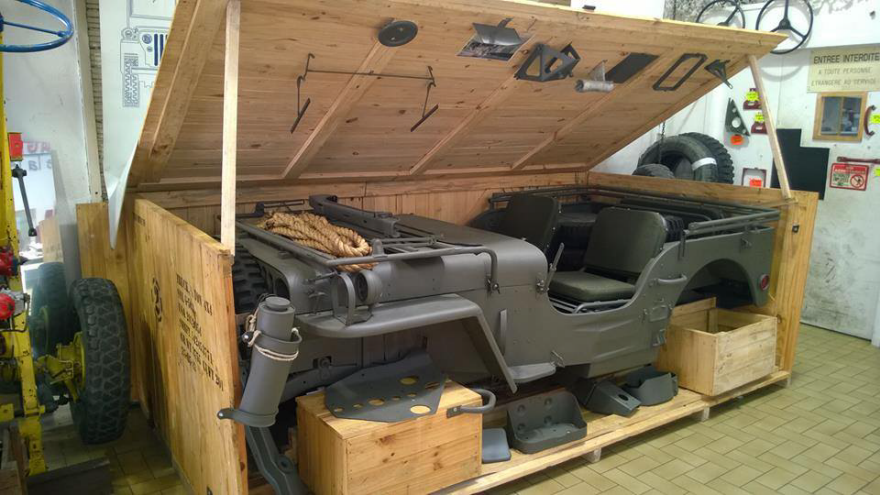 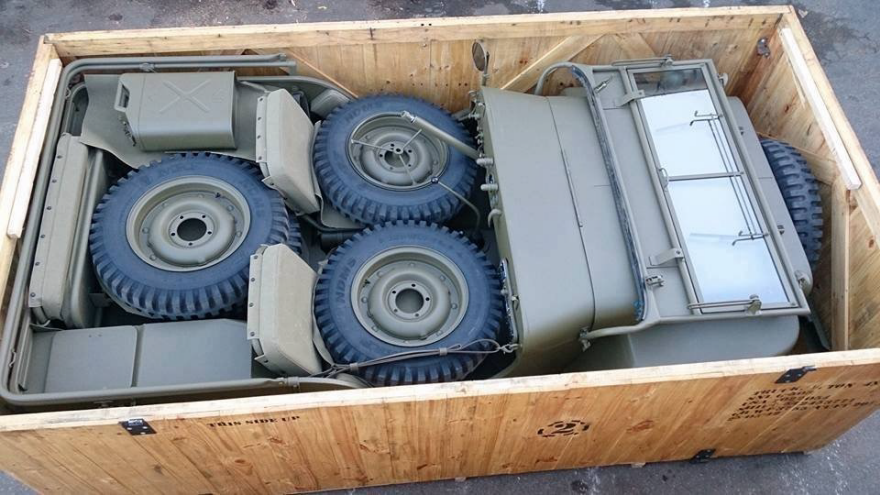 The color photos are obviously of replicas. The giveaway is the American knock-off of the German “jerry-can” design, which would not appear until late into the war. 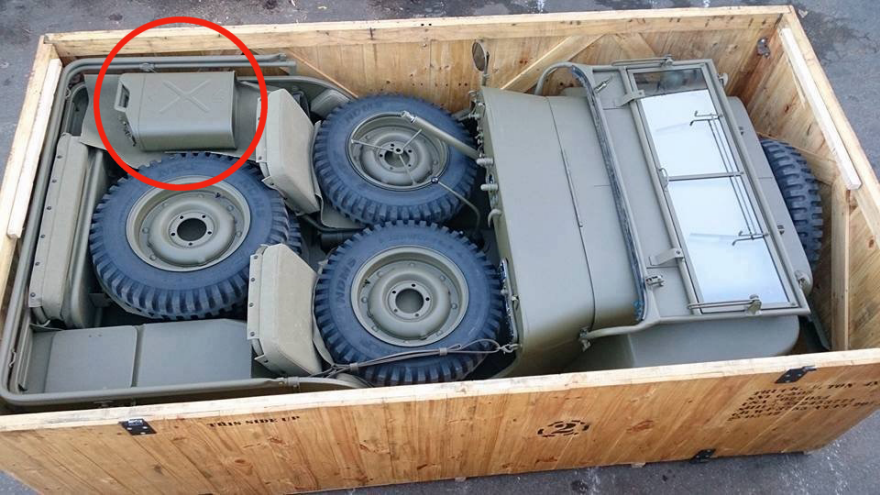 Here’s a video that shows both original production footage from the 1940s, as well as two modern-day mechanics assembling one of the replicas:

An even more impressive demonstration is below. Watch these fellows at a Jeep festival completely tear the car down—and put it back together—in under four minutes:

I had a devil of a time tracking down where these replicas are produced, but it appears that they’re manufactured by Philippines-based fabrication firm MD Juan and distributed by the France-based Jeep Village company that produced the first video above.