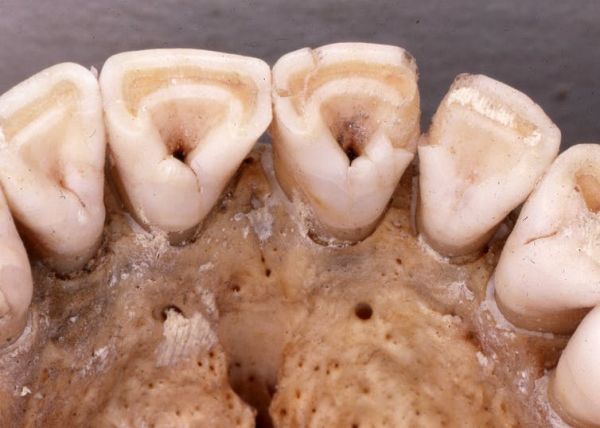 Scientists have been puzzled by a series of traits found in a mutation (known as V370A) in the human gene called EDAR. The EDAR gene controls early development of hair, teeth, sweat glands, and breasts. The V370A mutation enhances those organs, making hair thick, giving the teeth a shovel shape, and causing more branching in the mammary ducts. A previous study of the mutation focused on sweat glands, but did not answer the question of why people needed enhanced sweat glands during an Ice Age, which is when the mutation arose. A newer study looked at data from 5,000 ancient skeletons to determine who had the mutation by studying their teeth.

This pattern suggests that a population ancestral to Native Americans experienced the strong selection for V370A, an interpretation that differed from what my colleagues found when they only looked at genomic variation in living people. Using these ancient teeth, we were able to figure out when and where the selection happened. The next question we needed to address was why this selection occurred. What was going on to make this mutation so helpful and thus so much more prevalent?

The study focused on people living in Beringia, between Siberia and Alaska, during the last Ice Age. But was it the teeth, the sweat glands, the mammary ducts, or the hair that gave people a genetic advantage that selected for the V370A mutation? Read the story of what they found at Real Clear Science.