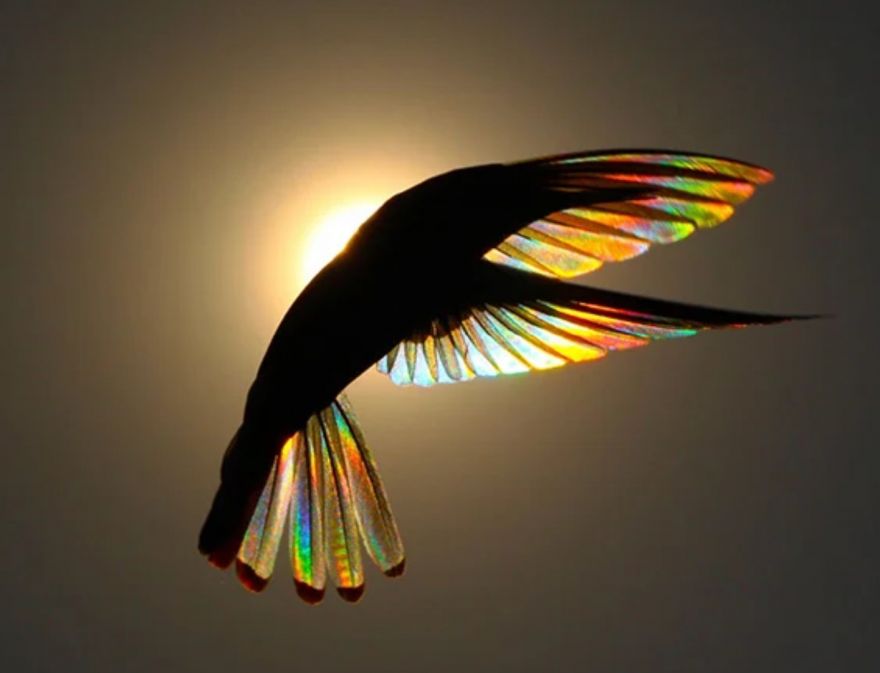 When photographer Christian Spencer was taking pictures of the local wildlife in Itatiaia National Park in Brazil, he noticed something in the hummingbirds, particularly their wings. Apparently, their wings can bend light, much like how prisms work.

While observing the hummingbirds, Spencer noticed that if he shot them with the sun directly behind him, a prism-effect appeared on their wings, showcasing a full-range rainbow.

Spencer then took photos of these little creatures with the prism-effect in their wings, and these photos can be described as nothing short of being majestic.

Titled Winged Prism, this series of photographs by Christian Spencer shows nature’s mastery and perfection. Hummingbirds, known for the high speed in which they flap their wings, have always been a favorite for bird’s photographers. The small birds are also fast, being able to move from one spot to another at over 34 miles per hour (54.72 kilometers per hour).