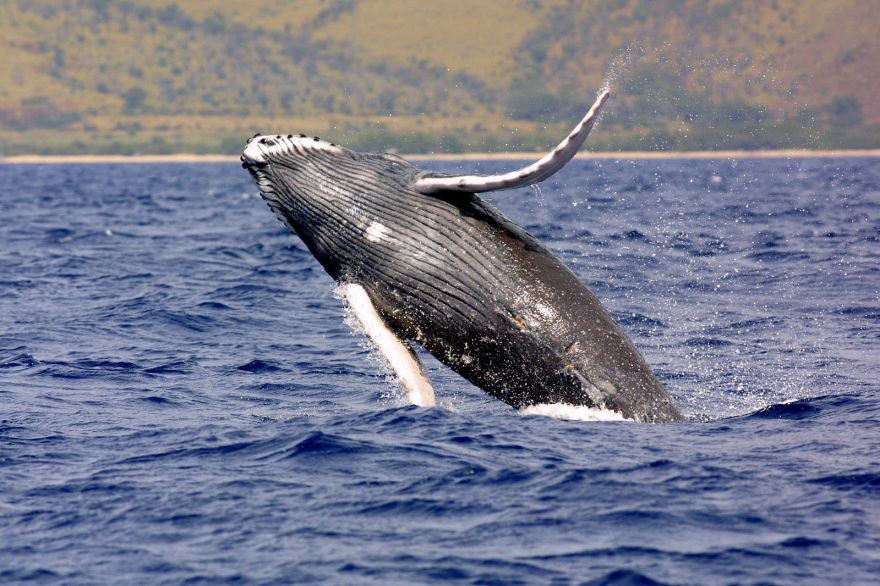 For over 30 years, Paul Knapp Jr. has been taking travelers out into the Carribean Sea to let them hear the songs of the humpback whales. He has guided some 4,000 people on these listening trips. Science and tech journalist Dyllan Furness is one of these people, and he writes about his experience over at Outside Online.

After 20 minutes, we reached Knapp’s most reliable listening location, an indistinctive stretch of open water just west of a peninsula. Knapp cut the engine, plugged a hydrophone into a pair of boat speakers, and dropped the device into the water. “OK,” he said as the cable ran through his fingers, falling to 50 feet below the surface. “Let’s see if we hear anything.”

Within seconds, a chorus of cetacean song filled the air—humpbacks emanating a series of elevated chirps and bellows and downward-spiraling moans. I’d listened to countless whale recordings in preparation for the trip, but they failed to convey how haunting the songs are in person. Knapp fell silent for a few minutes before rattling off guesses at the whales’ numbers and distance from us—two or three of them, maybe three or four miles away.

Furness is lucky enough to have been able to listen to the humpback whales in person. But perhaps there will be no more humpback whale songs to listen to in the future, and that is because of human-made noise, as well as seismic blasts, which affect zooplanktons (a main food source for whales).

More about this story over at Outside Online.